With 6 Teams on a bye, @dynastydadmike has the best tight end starts and streamers for Week 10. 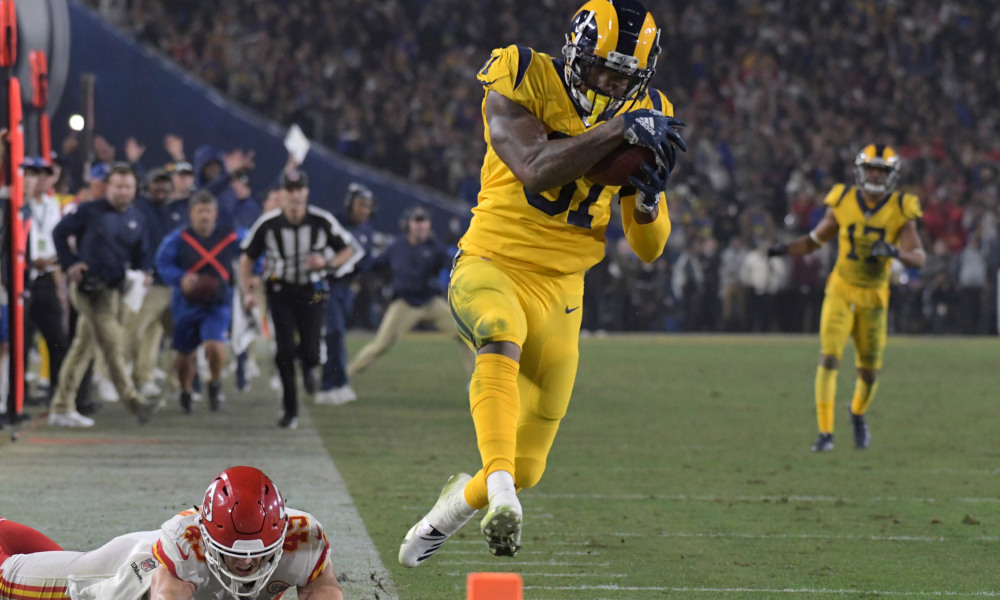 Hope everyone had a great Halloween and ate tons of candy. My trick or treat starts were more treats than tricks so let’s recap. I advised you to start Zach Ertz after multiple weeks of disappointment and it paid off as he finished as the top scoring tight end with 25.3 points. Another start was Darren Fells and while he only caught one pass, it was for a touchdown and ended up with 7.1 points. My last start was Cameron Brate who popped up late in the week with a hamstring injury after the article was already published. While Brate was active, he only played 11 snaps and finished with 0 points. My sits were Mark Andrews who finished well outside of TE7 ranking with 4.1 fantasy points. Jimmy Graham was my other sit who finished with 5.7 points. Overall, a great week for me and I look forward to a successful follow-up in week 10.

I do want to make a couple things clear though. First, this is not the time to get cute with your starts and these choices are streamer options with six teams on a bye. Second, this article publishes on Wednesdays or Thursdays so please keep up to date with the injury report and make sure players don’t show up on the report after the article is published.

Gerald Everett is fresh off a bye and should be back into your starting lineup. Since his emergence in Week 4, Everett has more air yards than any other tight end in the league (credit:Fantasypros). Everett gets the Steelers who have given up double digit fantasy points in 5 of their 8 games this year. Add the fact that the Rams also could be without Brandin Cooks this week, Everett should be in line for a double digit fantasy day.

In week 9, Gesicki tied for second on the team in targets with 6 behind only Preston Williams. On Monday, the Dolphins announced that Preston Williams is out for the year leaving Gesicki behind only Devante Parker in targets for the 2019 season. Dolphins also announced that starting running back Mark Walton will be suspended for 4 games. What I’m trying to get at is Miami is losing fantasy options faster than they are losing games. Gesicki gets the Indianapolis Colts who allowed the 6th most points to the tight end position as well allowing double digit points in 5 of their 8 matchups this year. The Colts have also allowed at least 4 catches to the tight end position in every game this year. If you need a streamer, Gesicki is another fantasy great option.

This call will have a lot to do with the uncertainty of Adam Thielen for Week 10. Rudolph has a favorable matchup against Dallas who allows the 4th most points to the position including allowing double digit performances in each of the last 5 games played. Rudolph has also caught a touchdown in 2 of his past three games. So in a week with 6 teams on bye, I would consider Rudolph a streaming option.

After finishing as TE2 in Week 9, I can see the intrigue in Hollister. However, that was against Tampa Bay who rank dead last in most passing yards allowed per game. This week, Hollister faces the #1 ranked defense against the tight end position in the San Francisco 49ers. San Francisco has allowed only 1 touchdown on the year to the tight end position as well as only 1 double digit fantasy performance. Seattle looks to have Josh Gordon this week as well as the emergence of DK Metcalf and fantasy stud Tyler Lockett, I don’t believe there are enough targets to make Hollister stream worthy.

Graham has become my new staple for the sit list. Even in a week with 6 teams, I can’t advise you to start Jimmy Graham. If you watch Graham, he is just a shell of his former self. Graham faces the Carolina Panthers 6th ranked defense against the tight end position and have allowed only 2 touchdowns all year. Also add Green Bay recently activated rookie tight end Jace Sternberger who I’m sure they are going to want to see what they have in their third round rookie investment.

While most fantasy analysts will advise you that Jack Doyle is a start against the Miami Dolphins, I’ll go against that consensus advice and put him as a sit. Outside of a Week 1 37 point performance, Miami has played the positon very well. Miami has allowed single digit performances to the tight end position in 6 of their 8 games this season. Keep in mind fantasy vulture Eric Ebron is always looking to steal an end zone touchdown from Doyle.  If you are looking at Doyle as a streaming option, I would look elsewhere.

Thanks for reading and don’t forget to him me up on twitter @dynastydadmike. I love to talk football and always love to interact with the fantasy football community. I also love to answer your other start/sit questions. Good luck in your fantasy football week 10 matchups as well as your season. Also, make sure you subscribe to the Nerd Herd where for 3 bucks a month, you get exclusive content, dynasty/rookie rankings, buy/sell tool, and a bonus podcast by @dynastyrich, @dynastyprice, and @dynastymatt. @Dynastynerds also launched college game tape of upcoming draft prospects which is huge in assisting you in your rookie drafts which can only be accessed if you are nerd herd member. Go check it out. God Bless!