With 4 teams on a bye, @dynastydadmike delivers you his Week 9 fantasy tricks and treats. 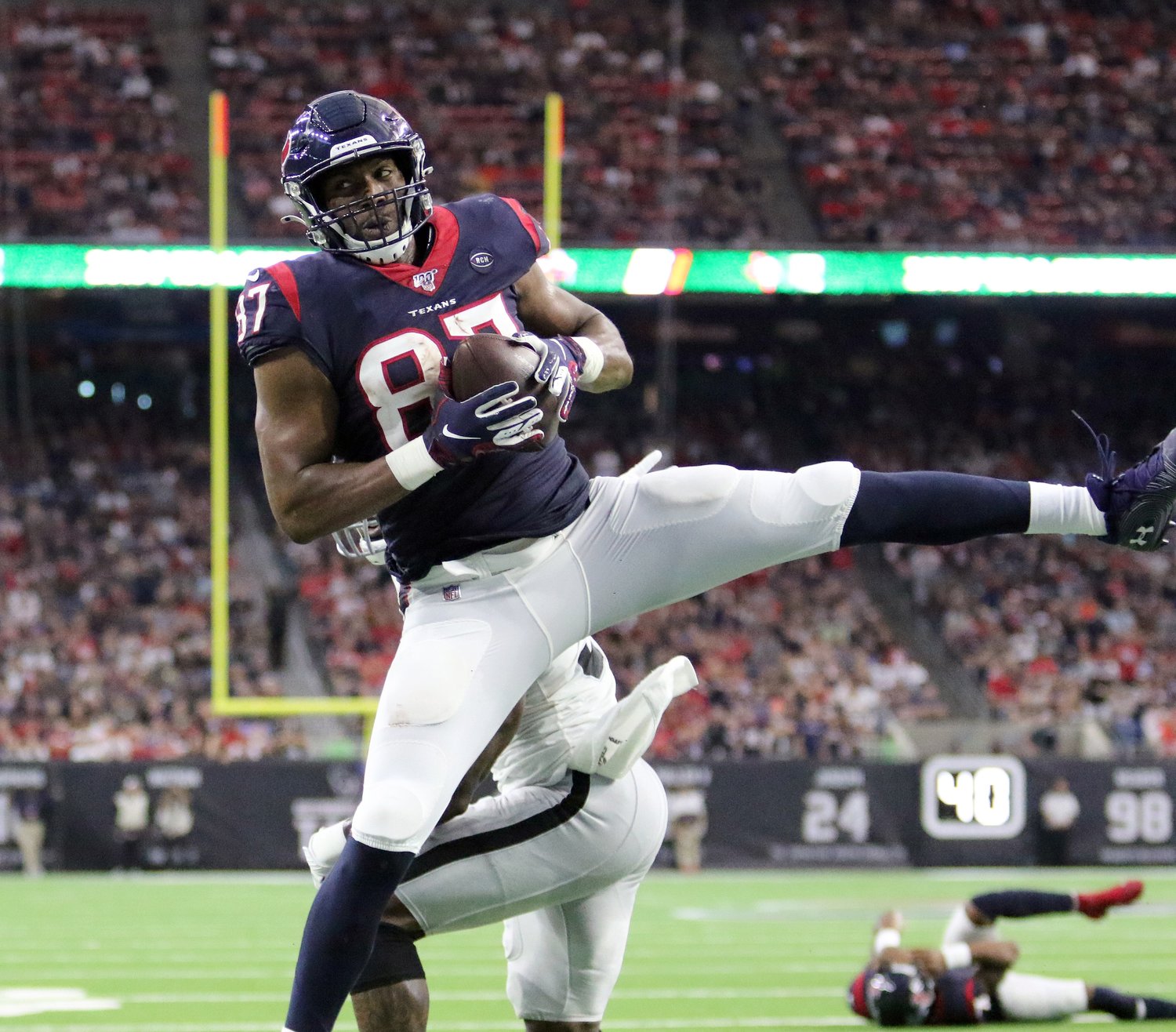 Happy Halloween! If you are reading this later, I hope you had a safe Halloween. Week 8 is in the books and it’s time for another week of my starts and sits. First, let’s recap my week 8. My starts: Gerald Everett (3.5), Hunter Henry (8.7) and Josh Hill (6.9). My sits: OJ Howard (did not play), Greg Olsen (3.3), TJ Hockenson (3.1). Overall, not a good week as none of my starts reached double digits; however none of my sits reached double digits either.

With the emergence of Dallas Goedert, Ertz is no longer the set and forget start at the tight end position. Ertz has been held to single digit points in every game over the last three weeks and during that time Goedert has outscored Ertz however this will be the week where that changes. Ertz goes against the Bears defense who has allowed double digit points to the tight end position over the past three weeks.

In week 8, Fells was second on the team in targets behind only superstar DeAndre Hopkins. Fells was also on the field for 90% of the offensive team snaps. In week 9, he goes up against a Jaguar defense that just allowed two touchdowns to Ryan Griffin. Jaguars are also third for most touchdowns allowed to the tight end. Fells would be a good streaming option for teams with Austin Hooper or Gerald Everett who are both on byes.

This depends on the health of OJ Howard but as of this writing, it does not appear that OJ Howard will play. Seattle gives up the 4th most points to the tight end position and has given up double digit points in 6 of the 8 games this year. In Week 8, Brate was targeted 6 times behind only stud wide receivers Chris Godwin and Mike Evans. Those 6 targets are also more targets  than OJ Howard has seen in any game this season. If you are streaming the position, I think you can make America Brate again and pop Cameron Brate into your starting lineup.

This decision has everything to do with the matchup. Andrews goes against the #1 defense against the tight end position. Until last week, New England had not allowed a tight end to have a double digit performance or a touchdown. They have yet to allow a tight end to catch over three passes as well. Coach Belichick loves to take away the best option away from the quarterback which in this case is Mark Andrews. I look for Andrews to be lower than his TE7 ranking.

Once a fantasy superstar, Graham has turned into a touchdown dependent tight end. Graham goes against a Los Angeles Charger defense that has allowed single digit points in 6 of their 8 games this season and ranks 11th in fewest points allowed to the position. With Devante Adams return looming, I don’t view Graham as a great option this week

If you take out Hockenson’s Week 1 25 point game, he has averaged 2.4 catches a game and 17 yards a game. He also goes against the 4th ranked defense against the tight end in the New York Giants. A ranking of TE9 is a very optimistic outlook in a week where only 2 teams are on a bye.  However, this would be a good opportunity time in dynasty to possibly buy low on Hockenson as the owner may be frustrated with his production.

Thanks for reading and don’t forget to him me up on twitter @dynastydadmike. I love to talk football and always love to interact with the fantasy football community. Good luck in your fantasy football week 9 matchups as well as your season. Also, make sure you subscribe to the Nerd Herd where for 3 bucks a month, you get exclusive content, dynasty/rookie rankings, buy/sell tool, and a bonus podcast by @dynastyrich, @dynastyprice, and @dynastymatt. @Dynastynerds also launched college game tape of upcoming draft prospects which is huge in assisting you in your rookie drafts which can only be accessed if you are nerd herd member. Go check it out. God Bless!