Can you trust that Hayden Hurst is a start candidate? What should we do with Hunter Henry? @dynastydadmike has your Week 5 answers! 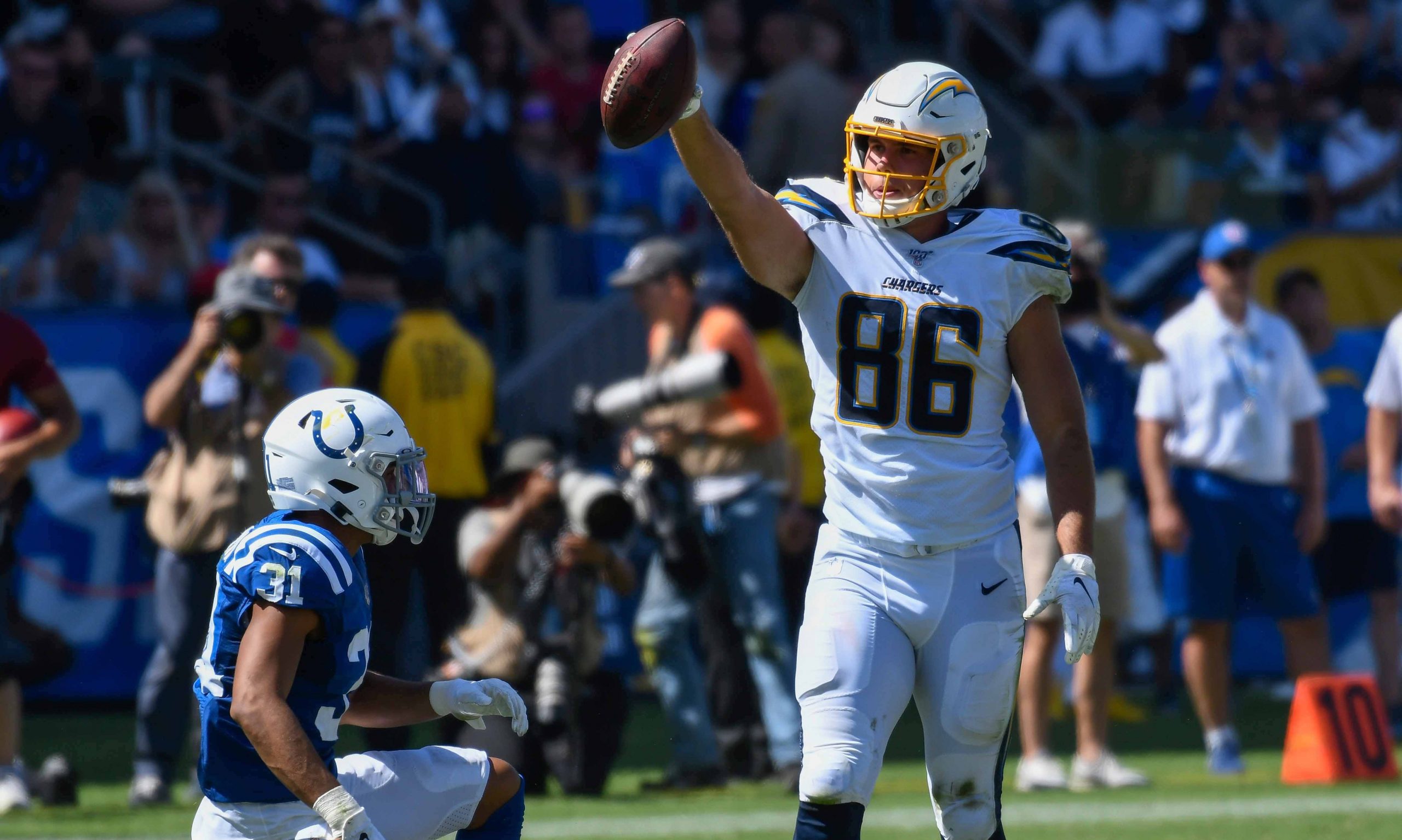 Week 5 is here, and so are the bye weeks! As of this writing, currently, the Detroit Lions and Green Bay Packers are on a bye, which means you will have to find a replacement for TJ Hockenson and the surprising TE3 Robert Tonyan. Before we get into the starts and sits, lets recap Week 4. My starts were TJ Hockenson, who finished with a touchdown but only 10.9 points. Mo Alie-Cox also scored a touchdown and finished with 8.3. Evan Engram finishes week 4 with 9.5 on 10 targets. My sits were Hayden Hurst (9.1), Tyler Eifert (4.2), and OJ Howard (14.0). Overall, I had the touchdowns or target share correct, just not the overall production I was hoping for.

Henry has scored double-digit fantasy points in 3 of the 4 games he has played this year. He gets the Saints who have allowed the second-most points to the position and allowed a league-high in targets to the position as well. Henry also appears to be the main beneficiary of the loss of Austin Ekeler.

Smith has scored double-digit points in every game he has played this year. The Bills have allowed the most receiving yards to the position. Add that Corey Davis was added to the COVID-19 list on Wednesday, and the uncertainty of AJ Brown’s Week 5 status makes Jonnu a great play. However, a situation to monitor throughout the week is the status of this game. More Titan players have tested positive, putting a cloud over the status of Sunday’s game vs. Buffalo.

He was a sit last week and will be a sit this week. Even with Julio Jones out of the lineup for most of the game last week, Hurst could not muster double-digit points. He now gets Carolina, who has only allowed one touchdown to the position all year. I can’t trust Hurst.

Don’t let Hooper’s double-digit game against Dallas fool you into thinking this is 2019 Austin Hooper. It’s not! Hooper now faces the Indianapolis Colts, who have allowed the second-lowest receptions, fewest yards, and no touchdowns to the tight end position. Add the possible return of David Njoku, and I cannot see Hooper cracking your starting lineup.

After a phenomenal Week 2, Gesicki has failed to top 15 receiving yards and has seen his targets drop drastically. In fact, if you take out Gesecki’s Week 2 performance, he would have 60 total receiving yards and 5 catches on the season. Enter the 49ers defense, who have allowed 17 total fantasy points to the position all year, makes it incredibly difficult to start Gesicki with any confidence.

Good luck in your Week 5 matchups! As always, please follow me on Twitter. I love to talk football and always love to interact with the fantasy football community. I also love to talk about superheroes, movies, and pro wrestling. So, hit me up!