Who to start? Who to sit? @dynastydadmike is back to help you with all your lineup decisions. 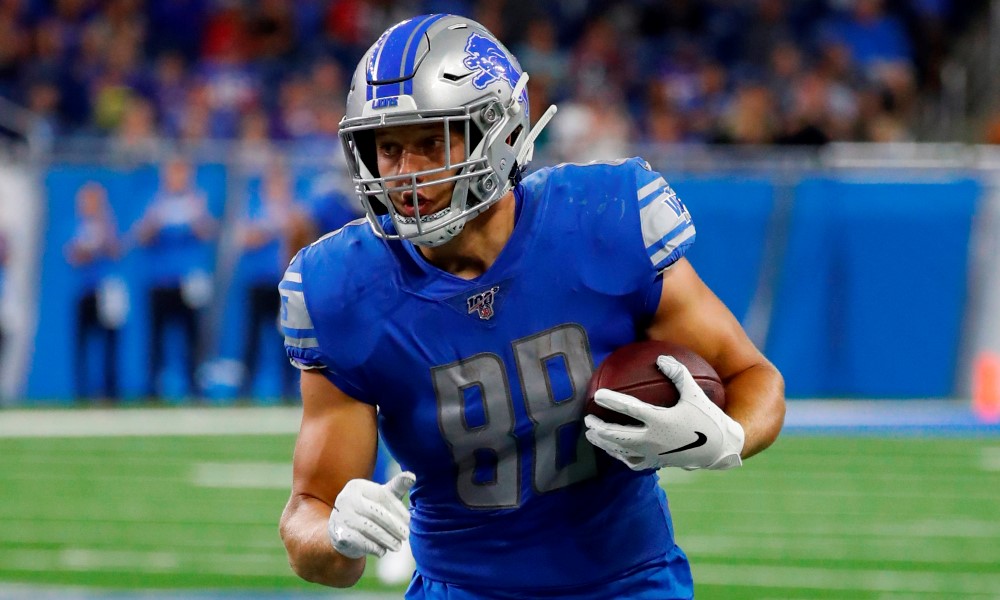 We are already at a quarter of the season! Man time sure is flying, and I am enjoying every minute of it. Before we go into Week 4 starts and sits, let’s recap Week 3. My starts were Logan Thomas ended with a 7.1 performance. I’ll take that as a miss but was second in targets with 7. Noah Fant ended with 9.6 but again led the team in targets with 10. Jonnu Smith ended up with a double-digit performance with 11.1. My sits were Austin Hooper (5.5), Dalton Schultz (8.8), and Rob Gronkowski (10.8). The targets were there, but the production wasn’t.

Gimme some Mo Alie-Cox in Week 4. Even though Jack Doyle returned to the lineup, he was not targeted once compared to Cox three targets. Add that Michael Pittman Jr is now also joining Parris Campbell on the injured list, Cox appears in line to see more looks. Cox now faces the Bears, who have allowed a tight end to reach the endzone in two of their three games played this year.

Hockenson has scored double-digit points in every game this year and now gets the worst-ranked defense against the Tight End position this year in the New Orleans Saints. The Saints have yet to stop a tight end from scoring a touchdown and double-digit points. This is a prime start for Hockenson.

Trust me. I get the hesitation with Engram. BUT, the matchup is good for Engram, and with Shephard out, Engram is in a prime position to produce. He faces the Rams, who allowed the second-most touchdowns to the position and 9th most receptions to the tight end position.

In a prime matchup for an uptick in production with Julio Jones out, Hayden Hurst did score a touchdown. However, that was his only catch, and it went for 1 yard. Hurst now gets that Packers defense, which ranked 9th against the tight end and has not allowed a touchdown to the position.

Eifert has not caught more than three balls on the season. He has failed to top over 36 receiving yards on the season and is splitting snaps with James O’Shaugnessy. Oh, he is also playing the Colts, who rank first in the fewest amount of points given up to the position. SIT!

After his double-digit performance in Week 1, Howard has failed to surpass 8 fantasy points. Add to the fact that Howard was nearly doubled in snaps in Week 3 by Rob Gronkowski. I can’t see trusting Howard in your Week 4 matchups.

Good luck with your Week 4 matchups! As always, please follow me @dynastydadmike. I love to talk football and always love to interact with the fantasy football community. I also love to talk about superheroes, movies, and pro wrestling. So, hit me up!

Will Rashod Bateman see over or under 75 targets this season?

Truth or Trap: Which is Josh Kelley?
Flexy and I Know It: Flex Start/Sit Week 4