It’s championship week. @DarthDBacks is on IR and @Culture_Coach steps in to get you across the line for the title. 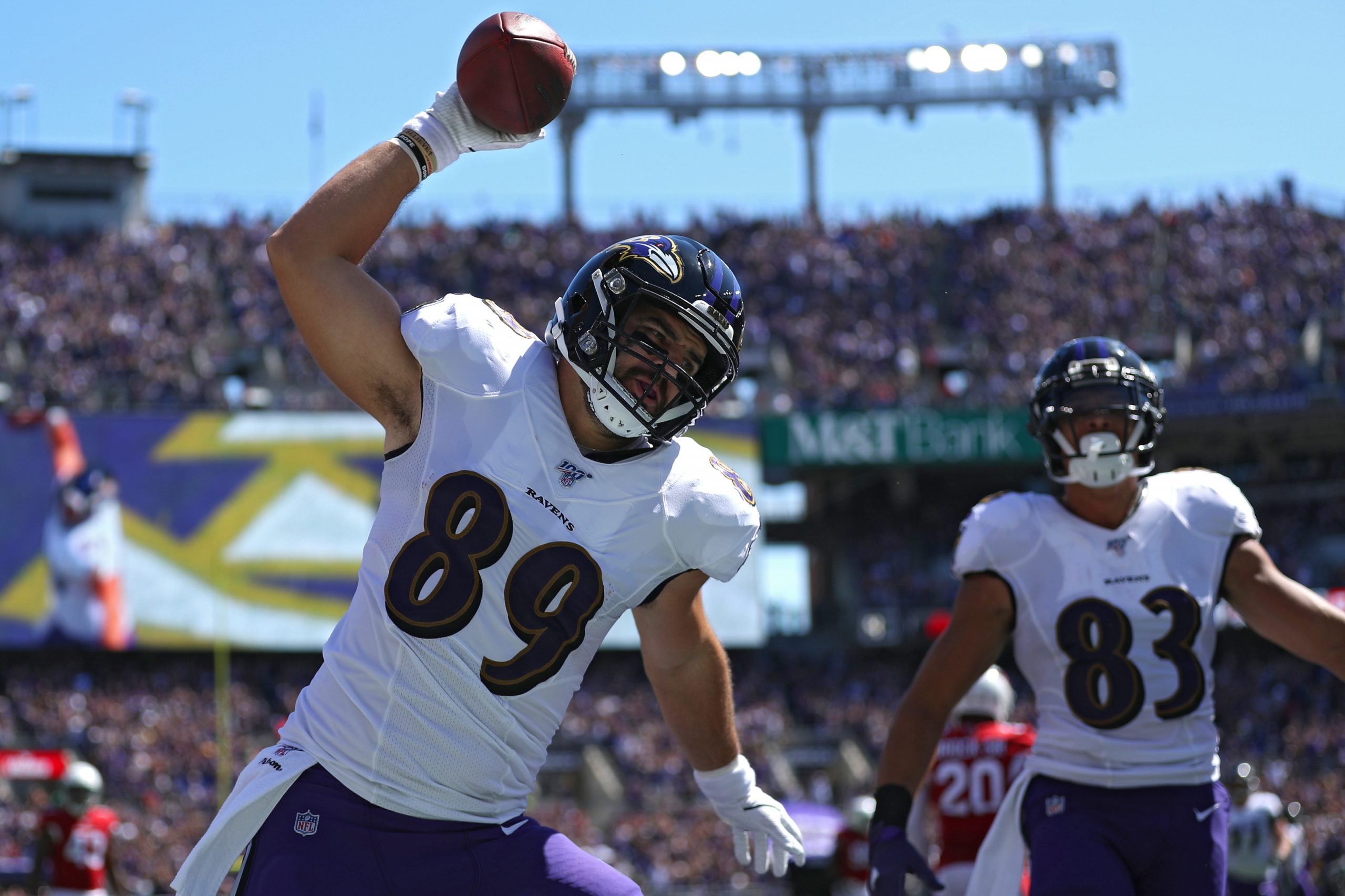 What’s up, Nerds?! Who’s pumped for Week 17 to be here for the 2021 NFL Season!!! It’s PLAYOFFS! The final week of our fantasy season!!! It’s the Championship time! Let’s win and get those bragging rights/money!

The season is flying by already! I can’t wait to review these tight end starts/sits next week to see how they went. We have an amazing squad full of Nerds to provide you with all the starts/sits so you can win your matchup every week. This is going to be the longest season yet with 17-game schedules! More football is never a bad thing. I’m thankful, too, since this season is whizzing on by!

There are NO MORE BYES! WOO-HOO! This is something to celebrate indeed! However, Week 16 was interesting, especially with Kelce missing time due to covid.

Happy New Year! May this next year find you, your family, and your fantasy teams healthy and happy. Let’s make 22′ way better than 21′.

The Dynasty Nerds writers are here to provide you with weekly starts and sits. We will be making our recommendations based on weekly consensus PPR rankings from FantasyPros. Here is our squad and the position groups they will be covering to help you each week. Follow us, friend us, tweet us.

NOTE: Rankings are based on a 12-team PPR league. So, saying WR2 means top 24, or TE1 means top 12, etc. It refers to the fact that he is projected among the top-12 TE of the week. TE1=top-12, TE2=finishing between top-13-24. Finally, all rankings are taken from Fantasy Pros Weekly Expert Consensus Rankings.

Now, you may be wondering who I am since I’m not the same guy from last year. My name is Jake Oliver. I’ve been with the Nerds since June. I have written a lot of articles with this wonderful team since then.

These articles are made out of love and passion for fantasy football, the NFL, and helping others. If you all have any questions or comments, hit me up on Twitter, in the comments here, or on Discord in Fantasy Football Chat! I’ll be posting a bunch and love to engage with anyone. We would appreciate it a lot if y’all checked out the other start/sit articles as they rock too! One final tidbit, if you’re wondering why Travis Kelce, Darren Waller, or Mark Andrews aren’t listed, well, that’s because you need to START YOUR STUDS! These guys are ones that you start them once and forget about them. I’ll be focusing on the other tight ends that are a bit trickier to decide whether you should start them or not.

First, let’s review my picks from last week. I’m curious to see how well I did in Week 15 and keep myself accountable. Hopefully, I didn’t mess up too much!

Zach Ertz: Even though the Cardinals lost on Christmas sigh, Ertz still dominated. He led the team in targets with 13 and caught 8 of them for 54 yards. He should’ve had a bigger day, but ref ball happened. Alas, it was still a TE1 day!

Rob Gronkowski: Alright, so I don’t know what happened. I really don’t. Brady must have been mad at Gronk or something for him to only throw to Rob twice. At least Rob caught one of those passes for 23 yards. Sorry folks.

Noah Fant: Noah, this was your time to prove to the world that you’re an elite tight end. Instead, against the awful Raiders defense, you caught only 3 of your 4 targets for 30 yards. Come on!

Dallas Goedert: Another super weird outcome in which the Eagles demolished the Giants, but Goedert got no love. Hurts, throw to Dallas! Goedert caught 2 of his 4 targets for 28 yards. Of course, he would’ve had a TD if not for a penalty. Ugh.

Hunter Henry: This was a dicey matchup, but one I thought the Patriots would at least be competitive. Instead, Damien Harris got 3 touchdowns, and the Pats lost by a decent margin. Henry only caught one of his six targets for 9 yards. Get some stickum on those gloves, Henry!

Pat Freirmuth: Freiermuth ended up missing the game due to his concussion, so this is a wash.

Dalton Schultz: OH MY GOODNESS SCHULTZ! You just won many players their matchup this week with your play against the WFT. Dalton had one of the best games of his career by recording 8 receptions on 9 targets for 82 yards and a touchdown. Nicely Done Sir Dalton.

James O’Shaughnessy: James had a decent day, at least for his standards, by recording 4 receptions for 49 yards. Not bad.

Tyler Higbee: Higbee had a decent game, better than I expected, but still didn’t reach ten points. Regardless, he caught 5 of 6 targets for 41 yards. That’s an okay day.

Tyler Conklin: Like the other Tyler, Conklin had an average day. It wasn’t great but wasn’t awful either. He got you 8+ points by catching 4 passes for 44 yards.

Gerald Everett: Once again, Gerald spites me, if only because you can’t predict touchdowns. Take the TD away, and it was an average day for him. He caught 4 of 5 targets for 68 yards. It’s still mind-boggling that he gets 5 targets and Metcalf gets 2 or none.

Dawson Knox: Well, Knox had a miserable game until his late-4th quarter touchdown. Take the TD away, and Dawson only had 2 catches on 3 targets for 11 yards.

David Njoku: Truly hope you sat Njoku as he did nothing literally. Zero-point day thanks to his whiffing on two targets. Ouch.

Foster Moreau: Foster made up for his lack of a touchdown or catches with a large yardage total. He caught all 4 of his targets for 67 yards.

Austin Hooper: Unlike his teammate Njoku, Hooper actually gave you some points. They just weren’t very much. He caught 3 of 5 targets for 26 yards.

Cole Kmet: Cole’s improving every week and gave yet another average game. This is way better than when he would barely catch a pass a game. Anyways, he got you roughly 8 points by catching 4 of 5 passes for 49 yards.

Hey, #NerdHerd what’s up!! Managing Editor Dennis Bennett here. I am subbing for Jake this week as he’s under the weather. Let’s get to it.

I know what you are thinking– “Why would I not start the TE1 on the season?” Well, I’d like to think you will start Andrews without reservation. But, it is the finals of what has ostensibly been one of the craziest fantasy seasons on record. Lamar may or may not be back. If Lamar is back, from all reports, he is pretty hobbled. The Ravens have Tyler Huntley back from the covid list if Jackson is out. We have seen covid affect players in different ways. Allen Robinson reportedly lost 10 pounds. Tyler Lockett, 8 pounds. Some have reported stamina issues.

What we have seen from Baltimore is that whoever the QB is, they target Andrews. I am saying, not only should you start Andrews, depending on your other TE and your flex options, It may be worth starting Andrews in the flex. Only six wide receivers and six running backs are scoring more points on a ppg basis.

The Football Team checks in as a middle-of-the-pack team vs. TEs. However, just two weeks ago, Goedert put up a 7/9/135/0 stat line against Washington. Goedert is second on the team in targets, receptions, yards, and touchdowns. There is no issue with Goedert getting receiving volume. Let’s see if Hurts will throw him a pass in the red zone.

It’s going to be a wild ride with Drew Lock. Fant is second on the team in targets and receiving touchdowns and first in receptions and yards. Denver is going against a Chargers defense that gives up the most fantasy points and touchdowns to tight ends in the NFL and a league-high 12.5 yards per catch to TEs. If you are swimming on the ocean of mediocracy outside of the top 5 tight ends, you could do a lot worse than Noah Fant this week.

I’m going out on a limb on this one. I think.

Wait, wait, wait. I originally had Gesicki as a sit, but as I looked a bit deeper, I realized that I needed to make Gesicki a start. Gesicki lines up as WR a lot, which may be the undoing of this pick. The Titans give up the 4th fewest points to TEs, but the 2nd most fantasy points to WRs. The points will count as TE points, even though he lines up at WR most of the time. So fie up Gesicki and reap the rewards.

Dalton Schultz is checking in at TE4 on the season. If you have Schultz, you may not have the luxury of benching him. That said, the Cardinals are giving up the fewest fantasy points to TEs in the NFL. A paltry 4.3 ppr points per game. On top of that, the Cardinals give up the 7th most fantasy points per game to wide receivers. The Cowboys have a couple of guys at the position, you know, Lamb, Cooper, and Gallup. If I have another option, I’m sitting Schultz.

Good luck with your Week 17 matchup and the Championship, especially with your tight end starts! I truly hope you win! Give me a follow on Twitter @DarthDbacks. I love to talk football, baseball, movies, shows, Star Wars, Marvel, and of course to interact with the fantasy football community. Join Fantasy Football Chat and get tons of access to the best fantasy football chat group where many Nerds hang out in. It’s free too!