Does the bye week blues have you sad? @Dynastydadmike has you covered with his Week 6 Starts and Sits. 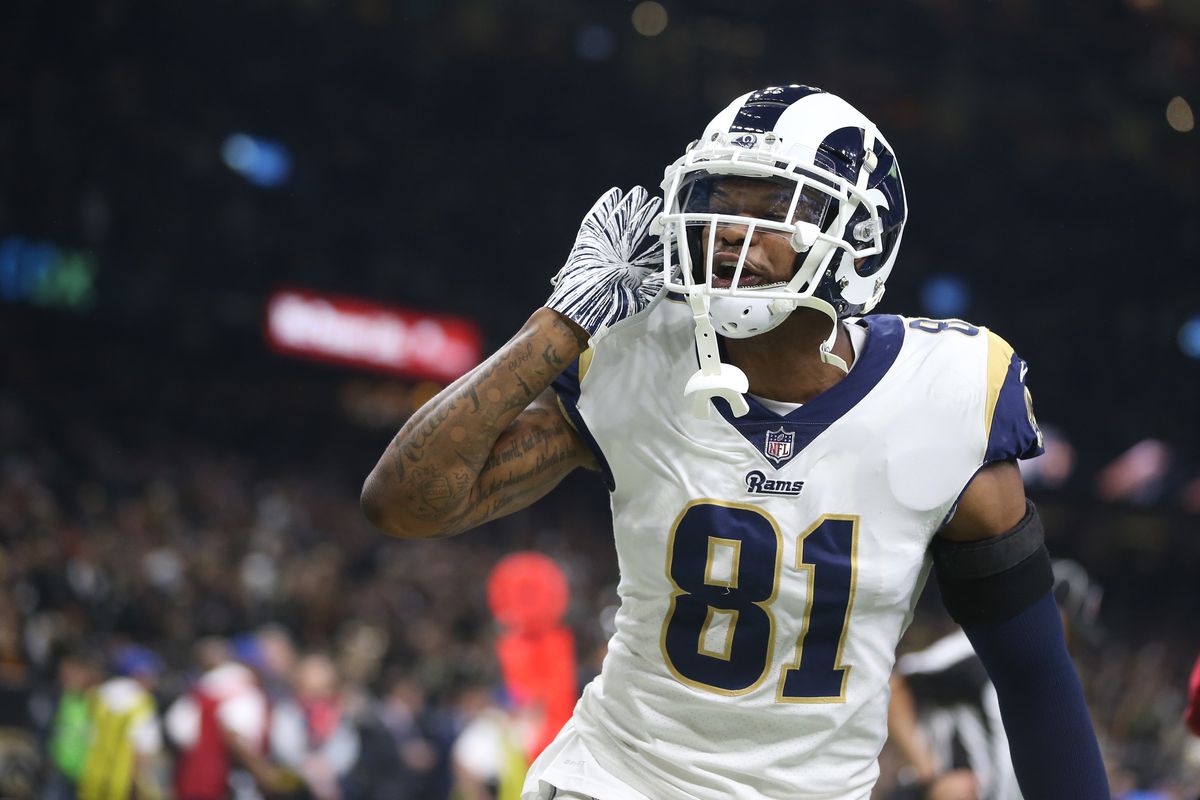 I will be tackling the Tight End position. Keep in mind this will not include the obvious starts of studs such as Travis Kelce, Evan Engram, Zach Ertz, and George Kittle. If you got them, you are starting them. START YOUR STUDS!

Everett was second on the team in targets (11) last week behind Cooper Kupp. Everett has become a stud over the last few weeks quoting NFL fantasy analyst Michael Fabiano “ he is ranking second in targets, first in catches, first in receiving yards and first in fantasy points among tight ends. Add the uncertainty of Brandin Cooks who is in the concussion protocol, Everett should be a start in your week 6 lineup.

I know, I know. Austin Hooper shouldn’t be on this list considering his tight end ranking. However, I want to make sure everyone is starting him. By now, everyone knows that Arizona is the worst team in terms of fantasy points allowed against the tight end position. Hooper is currently the TE2 on the season and I expect a huge game against Arizona. Fantasy owners are rejoicing if they listened to Garrett Price (@Dynasty Price) before the season started as he was advising everyone to go pick up Hooper. Also, this seems like a great time to add a shameless plug to sign up for the #NerdHerd for just $3 bucks a month; you could’ve already owned the TE2.
HONORABLE MENTIONS: Will Dissly vs Cleveland Browns. He is becoming a legit fantasy option in this Seattle offense.

Even in a week with 4 tight ends on bye, Howard should be on your bench. He is becoming a frequent sit in my column. Howard currently has 11 catches on the year which puts him with fewer catches than fantasy juggernauts: Geoff Swaim and Hayden Hurst. In 3 career games against the Panthers, Howard has averaged just 2 receptions and 33 yards. Considering the high draft position Howard had coming into the season, fantasy owners have to be disappointed with the production.

I will be honest Jimmy Graham is an enigma to me. He has been featured many times in my column and I continually put him in the wrong category. The logic here is Detroit plays the tight end position fairly well ranking 10th in fewest points allowed. Green Bay finally may have “freed” Aaron Jones and with the possibility for Devante Adams to return, Graham needs to be on the bench.

Witten has been quietly a top 12 fantasy tight end. However, I don’t foresee many opportunities to head his way with Michael Gallup returning from injury and Amari Cooper against a bad New York Jet team. While they haven’t been a good team, they currently are tied for fewest receptions allowed to the tight end position. A TE11 ranking seems very generous to me and I would rather start his tight end counterpart Chris Herndon over him who is coming back from suspension if Coach Adam Gase has him active. Also, check your waiver wires to see if Herndon is available as some teams may have forgotten about him.

Thanks for reading and don’t forget to hit me up on twitter @dynastydadmike. I love to talk football and always love to interact with the fantasy football community. Good luck in your fantasy football week 6 matchups as well as your season. Also, make sure you subscribe to the Nerd Herd where for 3 bucks a month, you get exclusive content, dynasty/rookie rankings, buy/sell tool, and a HUGE surprise that is coming soon. God Bless!

With Aaron Jones likely departing from Green Bay this off season, where would you want to see him land? 👀

🆕 If you are looking for a safety that can play anywhere on defense, @ejh1528IDP shows you the upside of Hamsah Nasirildeen.
https://www.dynastynerds.com/idp-rookie-profile-hamsah-nasirildeen-safety/

Tune in to today's new episode to hear the boys talk all things Carson Wentz and Head Coaching Changes 📺 🤓
Who deserves number 11? Pittman or Wentz? 👀 🤔
https://www.youtube.com/watch?v=LVd75IUGgUQ