Are You Tight End Streaming? Do You Need a TE replacement for Will Dissly? Can you trust Hunter Henry after a great week 6 performance? @Dynastydadmike has you covered with his Week 7 Starts and Sits! 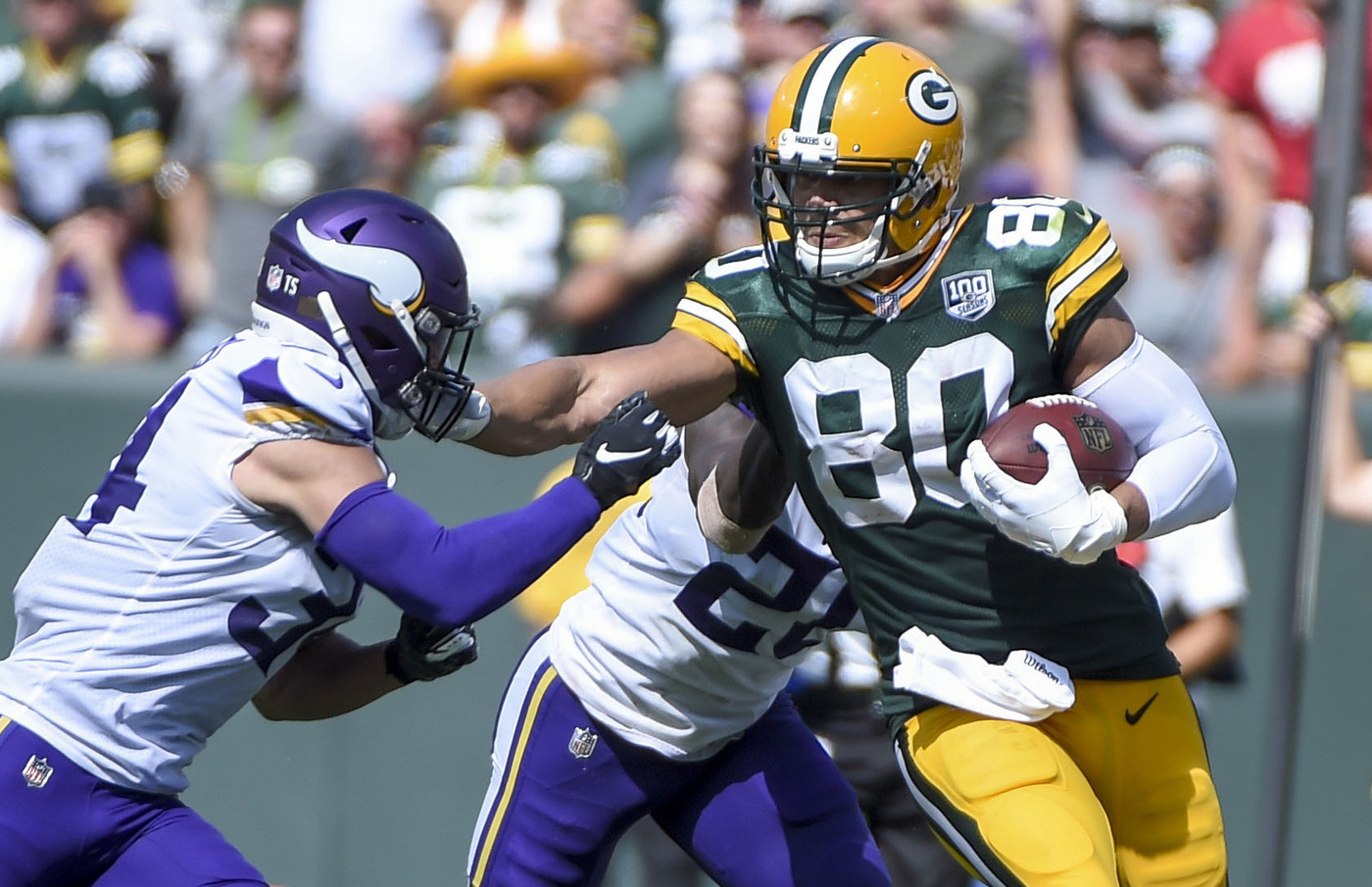 I will be tackling the Tight End position. Keep in mind this will not include the obvious starts of studs such as Travis Kelce, Zach Ertz, and George Kittle. If you got them, you are starting them. START YOUR STUDS!

Being from Arkansas, I have to include a former Razorback on my list. Henry returned from injury and produced an 8 catch 100 yard 2 TD performance in his return. Henry is averaging 20 fantasy points per game this season. While I don’t see a duplicate stat line, I do view this as a very friendly matchup against a Titans defense that allows the 11th most fantasy points to the tight end position.

I like what I have seen out of the rookie tight end. Before the bye week, Knox was tied with a team-high 5 targets against Tennessee. Knox should outperform his TE16 ranking by a decent margin as he plays Miami who is already filling out their draft card for the first selection in the 2020 NFL Draft. Miami is currently giving up an average of 68 yards per game to the tight end position. If you are needing to stream a tight end, Knox should provide with you double-digit points.

Fresh off of signing a brand new contract, Waller gets the Green Bay Packers. On paper, this appears to be a bad matchup for Waller but don’t be fooled.  It appears that Oakland will be without wide receiver Tyrell Williams again which should be more volume for Darren Waller. Waller will compete with Trevor Davis, Hunter Renfrow, Keelan Doss and newly acquired Zay Jones.  Waller is on pace for a 118 catch season which would be fantasy gold in PPR formats.

HONORABLE MENTIONS: Evan Engram vs Arizona Cardinals. I know I say to start your studs, but I just want to make sure there is no doubt in your mind to start Engram. He needs to be automatically plugged into your lineup this week as he gets the luxury of that Arizona Cardinal defense. I have Engram as my top-scoring tight end for Week 7.

I get that your options are slim and you may be forced to start Eric Ebron but keep in mind Houston is ranked 4th in fewest fantasy points allowed to the tight end position and just kept Travis Kelce to a 9.8 game and Austin Hooper to a 13.6 performance. You are keeping your fingers crossed for a touchdown if you are playing Ebron as he has only caught 45% of the targets thrown his way. Ebron also has a league-high 35.7% drop rate on passes thrown his direction.

I am sure as a dynasty owner, you were thrilled to see Goedert’s 8 target performance last week against the Vikings which was also a career-high. Don’t get me wrong you should be thrilled because that is what to expect in future years with Goedert once Zach Ertz is gone, but Zach Ertz is not gone yet and that many targets are not likely to return this week. While he is a great asset to have in dynasty, I would keep Goedert on your bench this week.

In Week 6, Jimmy Graham looked to have a great chance for offensive production with Green Bay missing pass-catchers Geronimo Allison and Devante Adams. Sadly, Graham produced another lackluster stat line of 2 catches for 17 yards. Graham has a good matchup against the Raider defense but due to his recent production, he cannot be started confidently.

Thanks for reading and don’t forget to hit me up on twitter @dynastydadmike. I love to talk football and always love to interact with the fantasy football community. Good luck in your fantasy football week 7 matchups as well as your season. Also, make sure you subscribe to the Nerd Herd where for 3 bucks a month, you get exclusive content, dynasty/rookie rankings, buy/sell tool, and a HUGE surprise that is coming soon. God Bless!

Flexy and I Know It: Flex Starts/Sits Week 7
Diamonds or Dust Week 7 IDP