Who is going to be a Fantasy Turkey in Week 13? @dynastydadmike has his Week 13 Starts and Sits! 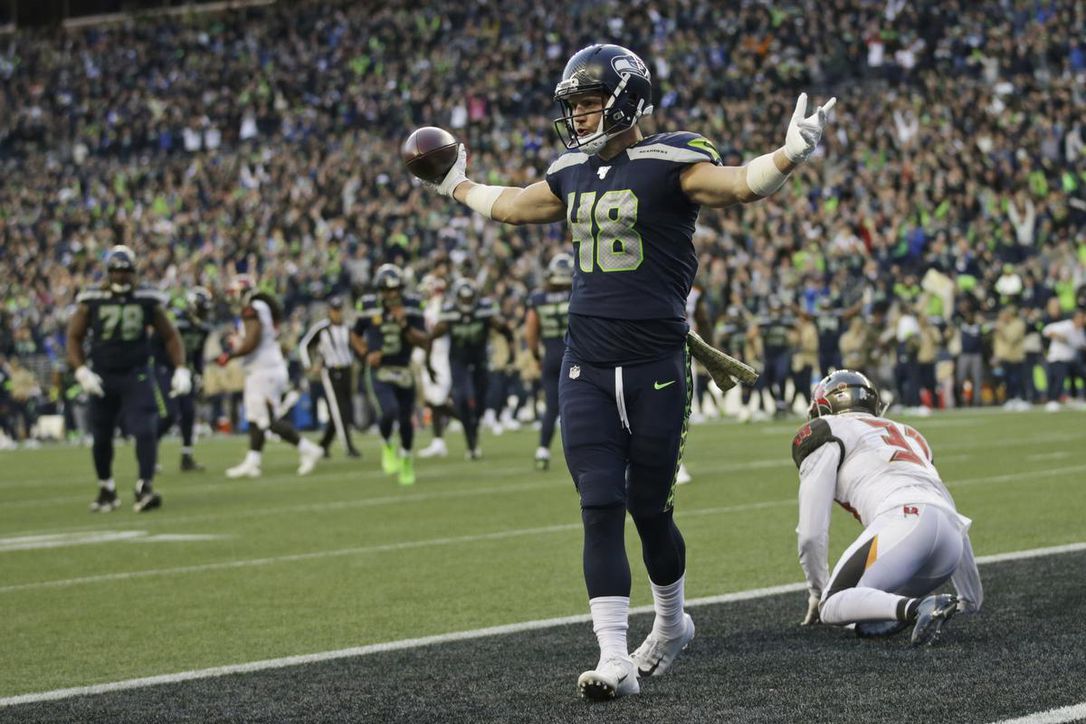 Happy Thanksgiving to everyone. I hope you enjoy or have enjoyed (depending on when you read this) a great day with family, good food, and football. Week 13 is here and for most leagues, this is the last week before the playoffs. I hope your teams are still in playoff contention or have already secured a playoff spot. Week 12 was crazy for tight ends as only 7 produced double-digit finishes including one of my starts Ryan Griffin with 10.3. My other two starts did not fare so well as Vance McDonald finished with 1.1 points and Jacob Hollister finished with 4.2 points but he did leave the game early due to injury. My sits included Darren Fells who finished the game with 3.4 fantasy points, Noah Fant 4.4, and Jimmy Graham 1.7. Overall, not a bad week for your favorite fantasy analyst, let’s get to the list.

Keep in mind this article publishes on Wednesdays or Thursdays so please keep up to date with the injury report and make sure players don’t show up on the report after the article is published.

While I don’t cheer for injuries to occur, I can finely say JACK DOYLE is free at last. Eric Ebron was placed on IR earlier this week which will allow Doyle to become the feature presentation in the Colts passing offense at tight end. The Colts tight ends are 6th in fantasy points and Doyle gets the Titans who have allowed the 10th most fantasy points to the tight end position.

It’s never too early to start your Holiday shopping and if you need a tight end make sure to shop at Hollister. Thank you, I’ll see myself out the door after that terrible play on words. Seriously though, Hollister needs to be started this week as over the past 4 weeks even with a bye week, Hollister is a top 8 tight end. He now faces the Minnesota Vikings who have allowed double-digit performances in each of their past 3 games.

It’s the Holiday Season and no team has been better at giving the gift of fantasy points to the tight end position than the Arizona Cardinals. The Cardinals have allowed double-digit performances in every matchup this year except one. They have allowed a league-high 12 touchdowns to the position. In those matchups, Arizona has allowed six 20 point performances as well. Even with Jared Goff throwing Gerald Everett passes, Everett should have a tasty Week 13 matchup and should be a start. *Check the injury report with Gerald Everett throughout the week to make sure he plays as he was limited in the Monday night game with a knee injury.

Witten will go down as a Hall of Famer when he decides to hang up the cleats for the second time. Witten has had single-digit performances in 4 of his last 5 matchups and hasn’t caught a touchdown since Week 2. Now, Witten will face Buffalo who allows the second-fewest points to the tight end position and has allowed single-digit performances in 9 of their 11 games this year as well as only 1 touchdown on the season.

In a week 12 matchup where Pittsburgh was limited in their offensive weapons against a winless Cincinnati Bengals team, McDonald managed 1.1 fantasy points. Add that the last time McDonald played Cleveland Browns (his week 13 matchup) he managed just 6.6 points. McDonald has scored double-digit points just once in his last 8 games. All of these reasons should be enough to convince you that McDonald should be a sit this week.

Fells was out targeted in Week 12 by Jordan Akins 4 to 2. Fells has also produced a single-digit performance in each of his past 3 games and has only seen more than three targets once in his last 5 games. Also, add Jordan Thomas coming off an injury that could create a competition for snaps. Oh yeah, Fells also faces the New England Patriots who rank 7th against the tight end position. In week 13, keep Fells on your bench.

Thanks for reading and don’t forget to hit me up on twitter @dynastydadmike. I love to talk football and always love to interact with the fantasy football community. I also love to answer your other start/sit questions. Good luck in your fantasy football week 13 matchups as well as your season. Also, make sure you subscribe to the Nerd Herd where for 3 bucks a month, you get exclusive content, dynasty/rookie rankings, buy/sell tool, and a bonus podcast by @dynastyrich, @dynastyprice, and @dynastymatt. @Dynastynerds also launched the Dynasty Film Room which has game film of upcoming draft prospects. This is huge in assisting you in your rookie drafts which can only be accessed if you are nerd herd member. Go check it out. God Bless!