Welcome to the Playoffs! @dynastydadmike has his starts and sits to help you advance in your quest for a ship! 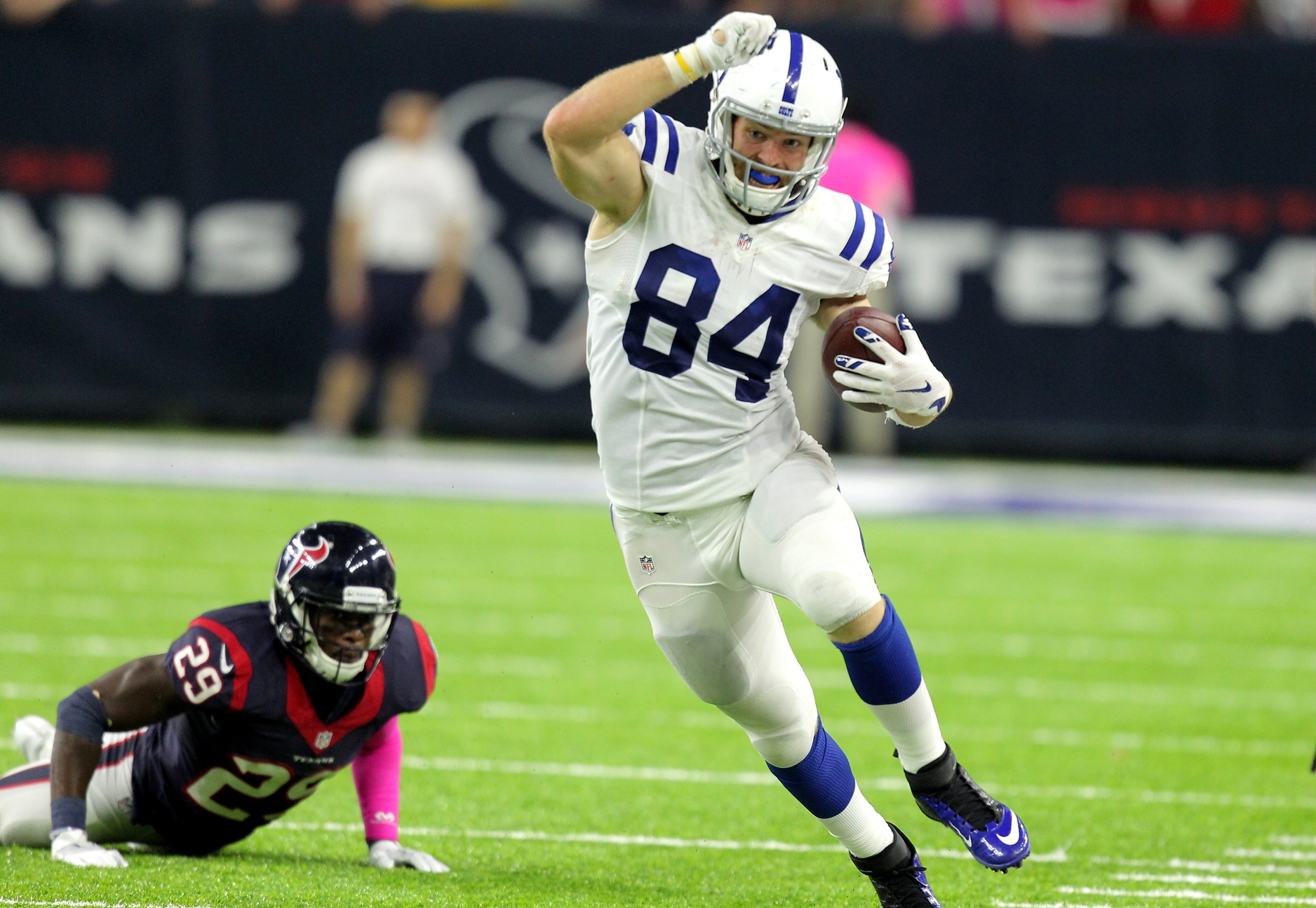 Playoff time is here! Another great week of football is in the books and it is time to start that playoff push. Before we get to the list, let’s recap my Week 13 calls. I told you to start Jack Doyle who ended up with 19.30 points and the #2 scoring tight end on the week. I also advised starting Jacob Hollister who ended up with another successful double-digit finish of 10.40 points. My third start was Gerald Everett and hopefully, you are following me on twitter where I tweeted Saturday with Everett out to roll out Tyler Higbee who finished as the highest-scoring tight end on the week with 23.7 points. Nailed It! My sits were Vance McDonald (5.10), Darren Fells (10.3), and Jason Witten (19.2). I really crapped myself on the Witten call and I apologize. Overall, another successful week for your favorite analyst as I had the #1 and #2 scoring tight ends on my list.

The second-year tight end is finally starting to show the abilities that made him a second-round draft pick. Over the past 4 weeks, Gesicki is ranked in the top 10 in fantasy points. He has scored a touchdown in each of his last 2 games and has double-digit fantasy points and now gets the Jets who might be without Jamal Adams and have a banged-up secondary.

Doyle was a start last week and he continues to be a start this week. It doesn’t appear that TY Hilton will be playing this Sunday against the Tampa Bay Bucs which will continue to allow Doyle to see plenty of targets. Don’t let the single-digit points by Tampa to tight ends over the past 2 weeks fool you. Tampa still allows the 4th most points to the position and has allowed 7 touchdowns to tight ends on the year. They have allowed 7 games of at least 6 catches to the tight end position and 4 games of 20+ points to tight ends this year.

Graham has failed to score over 8 points in a game over the past 5 weeks. He has not caught a touchdown since Week 7 and he tied with Mercedes Lewis for snaps last week. His target share continues to decline as he saw only 1 target in Week 13. Graham has yet to eclipse over 65 yards receiving this year. Do you need any more stats to convince you to sit Jimmy Graham? It is playoff time and Graham can’t be started with any sort of confidence.

I get the appeal of Smith with Delanie Walker being placed on Injured Reserve and having a favorable matchup against the Oakland Raiders. However, Smith has been wildly inconsistent including only one double-digit performance on the year. Over the past 4 weeks, Smith isn’t even in the top 30 in tight endpoints behind the likes of Jesper Horsted, Daniel Brown, Logan Thomas, and Stephen Carlson. Smith shouldn’t be counted on in your fantasy playoff matchups.

Back to back weeks, Fells lands on the sit list. Fells is nothing more than a touchdown-dependent tight end and now goes against the Denver Broncos who have only allowed 3 touchdowns to the position all season. If you love to gamble, you can play Fells and hope for a touchdown but the numbers are saying that it will be highly unlikely.

Thanks for reading and don’t forget to hit me up on twitter @dynastydadmike. I love to talk football and always love to interact with the fantasy football community. I also love to answer your other start/sit questions. Good luck in your fantasy football week 14 matchups as well as your season. Also, make sure you subscribe to the Nerd Herd where for 3 bucks a month, you get exclusive content, dynasty/rookie rankings, buy/sell tool, and a bonus podcast by @dynastyrich, @dynastyprice, and @dynastymatt. @Dynastynerds also launched college game tape of upcoming draft prospects which is huge in assisting you in your rookie drafts which can only be accessed if you are nerd herd member. Go check it out. God Bless!