Playoff byes have gone bye, bye. @dynastydadmike is here to help you with the tight end starts/sits playoff style. 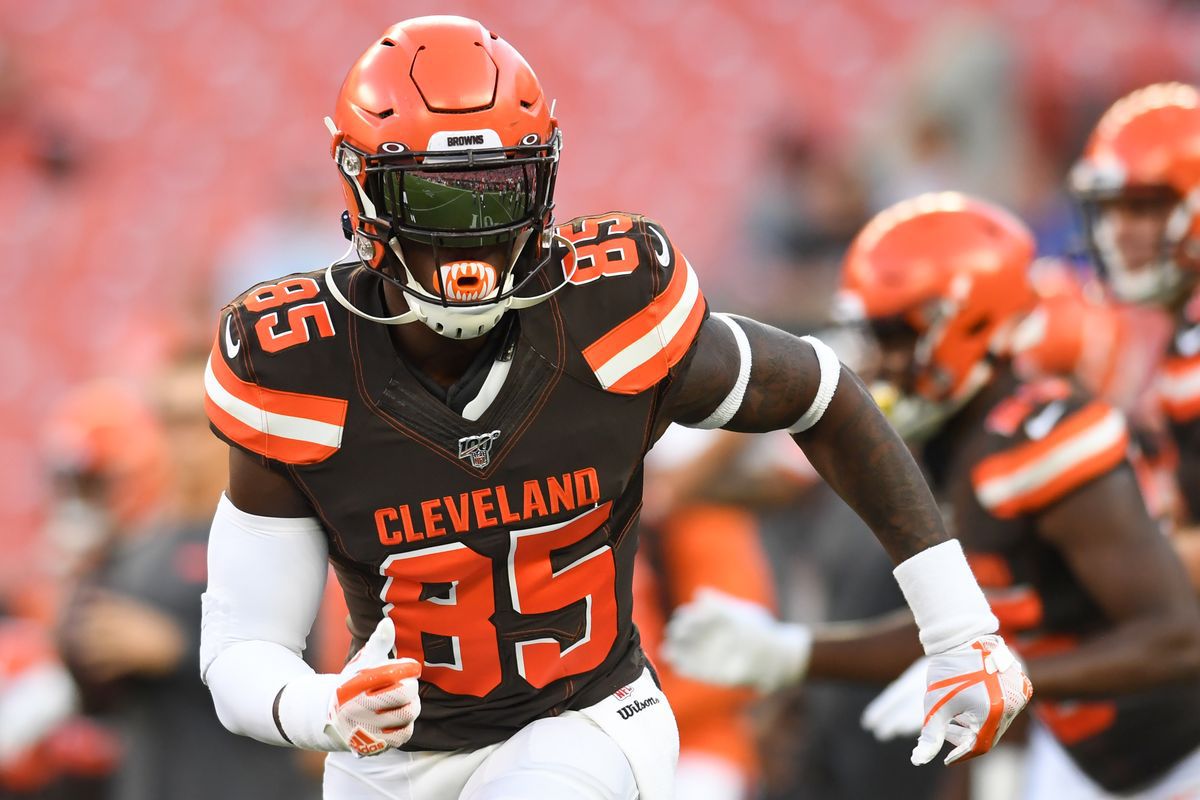 Well, if you are reading this congrats on the playoff win. Unfortunately, you didn’t get the win by my tight end starts. Your boy took a brutal beating with his starts. My starts combined for a total of 7.6 points. That’s not a misprint. I AM SORRY and all I can do is own my mistakes! But let’s not dwell on the past; let’s march towards the future and Week 15.

Even after allowing only 1.3 points last week to Vance McDonald, Arizona still ranks first in most fantasy points to the position. I understand the snap count was low for Njoku in his first game back but the matchup here is too juicy not to play Njoku if you don’t have any better options. Arizona still allows just under 20 points per game to the position and has allowed a league high 13 touchdowns to tight ends. Njoku should have no problem out producing his TE18 rank currently.

If it wasn’t for a historically bad season for Arizona against the position, Seattle would be the front runner for a great matchup against tight ends. Seattle is fresh off allowing its third consecutive game of allowing at least 18 fantasy points to the tight end position. Ian Thomas is fresh off his 16 fantasy point game (5-57-1) replacing the injured Greg Olsen. Don’t overthink this one but please make sure you are checking the injury report and making sure Greg Olsen is not playing Sunday.

This is going to be another situation where you must monitor the injury report because if Gerald Everett is playing, Higbee loses some of his appeal. Higbee has posted back to back 100-yard performances in Everett’s absence and also lead the team in targets with 11 in the Rams Week 14 win over Seattle. Los Angeles appears to be using the 12 formation more over the past couple weeks which will keep Higbee on the field. Next, Higbee will get the Dallas Cowboys who just allowed 16.2 fantasy points to the combo of Chicago Bears tight ends J.P. Holtz and Jesper Horsted.

Witten has failed to obtain at least 60 yards receiving in a game and has only reached double-digit fantasy points once in the last 5 games. Witten has essentially turned into a touchdown-dependent player and now faces the Los Angeles Rams who haven’t allowed a touchdown to the tight end position since Week 7. Los Angeles has also allowed 5 straight games of less than 9 fantasy points to the position. There are better options for your playoff matchup than Jason Witten.

Don’t go chasing the fantasy points with Hurst. I get that Mark Andrews may not play Thursday night but let’s not overlook the matchup. Baltimore plays the second-ranked defense against the tight end position and while the Jets stink everywhere else; they play the tight end fairly well. New York has allowed a league-low 2 touchdowns to the position and has not allowed a tight end to crack 100 yards in a game. Look elsewhere besides Hurst.

This will make the third straight week Fells has fallen into my sit list. Fells joins the elite ranks of Jimmy Graham (by the way don’t start him) as the record holder for most times on my sit list. In all seriousness though, Fells hasn’t seen over 5 targets in a game in nearly two months. Fells is seeing fewer snaps than his teammate Jordan Akins. While Fells is still tied for the league lead in touchdowns at the position, that is what you are banking on with Fells and I just don’t see enough opportunity for Fells with Akins back.

Thanks for reading and don’t forget to hit me up on twitter @dynastydadmike. I love to talk football and always love to interact with the fantasy football community. I also love to answer your other start/sit questions. Good luck in your fantasy football week 15 matchups as well as your season. Also, make sure you subscribe to the Nerd Herd where for 3 bucks a month, you get exclusive content, dynasty/rookie rankings, buy/sell tool, and a bonus podcast by @dynastyrich, @dynastyprice, and @dynastymatt. @Dynastynerds also launched college game tape of upcoming draft prospects which is huge in assisting you in your rookie drafts which can only be accessed if you are nerd herd member. Go check it out. God Bless!