Hunter Henry on a bye? Tired of Zach Ertz under performing? @dynastydadmike has your Week 6 solutions to crush the competition. 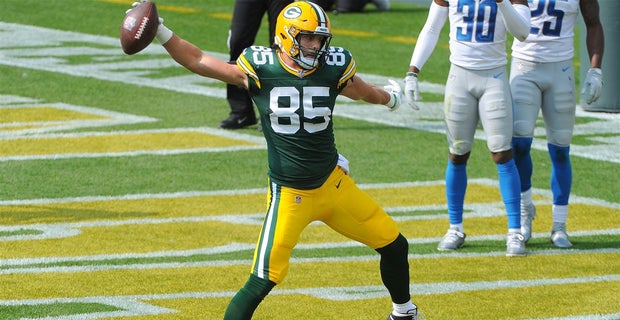 Welcome to Week 6, ladies and gentlemen! Hopefully, you were able to wait and take my advice on Jonnu Smith as a start as he finished Week 5 as your TE2 with 21 points! I will have to pat myself on the back for that one. My other start Hunter Henry finished with 12.3 points and a Touchdown! My sits included: Hayden Hurst 2.8, Austin Hooper 10.7, and Mike Gesecki 14.1. The Gesecki call hurts but so does life! Gesecki has been a hard player to nail down production-wise. Let’s move on to Week 6.

While the targets allowed to the position may be low, the fantasy points have not been. Jacksonville has allowed the third-most receiving yards to the position and have allowed a tight end to score a touchdown in 3 of the last 4 games. Hock seems to be in a prime position to smash coming off a bye week.

It is starting to appear that Irv is taking over the tight end role in Minnesota from Kyle Rudolph. Enter the dumpster fire Atlanta Falcons, who have allowed a tight end to finish top 12 in every game this year but one. They have allowed a league-high seven touchdowns to the position and are second in most points allowed to the position. Irv is going to be a popular streamer this week if you have players on bye.

Tonyan has been a fantasy surprise this year. (Not if you have been listening to the Dynasty Nerds, though) Tonyan has scored touchdowns in each of his previous three games, including a three-touchdown performance in Week 4. Tampa has allowed a tight end to score a touchdown in each of their last two games. Do the math and start Tonyan.

Don’t let the increased target share over the past few weeks trick you into thinking that Gronk is a start. Chris Godwin appears to be back on track to return for the Bucs. Green Bay has allowed an average of 4.8 points per game to the position to make matters worse.

With the emergence of Chase Claypool, Ebron falls farther down the pecking order for targets. He has always been a touchdown-dependent player, and that is just something that is hard to bank on him doing in a divisional hard-hitting matchup. I would be looking elsewhere for a bye week fill in.

Good luck in your Week 6 matchups! As always, please follow me @dynastydadmike. I love to talk football and always love to interact with the fantasy football community. I also love to talk about superheroes, movies, and pro wrestling. So, hit me up! Also, make sure you subscribe to the #NerdHerd where you get exclusive content, our new dynasty rankings format, and a bonus podcast. Dynasty Nerds also recently launched the #DynastyGM tool which is a complete game changer in the fantasy industry. We truly are your one stop shop for all your fantasy football needs! God Bless and thank you!