Is Gronk a must start? Can we trust Dalton Schultz? @dynastydadmike has your answers with his Week 8 starts and sits! 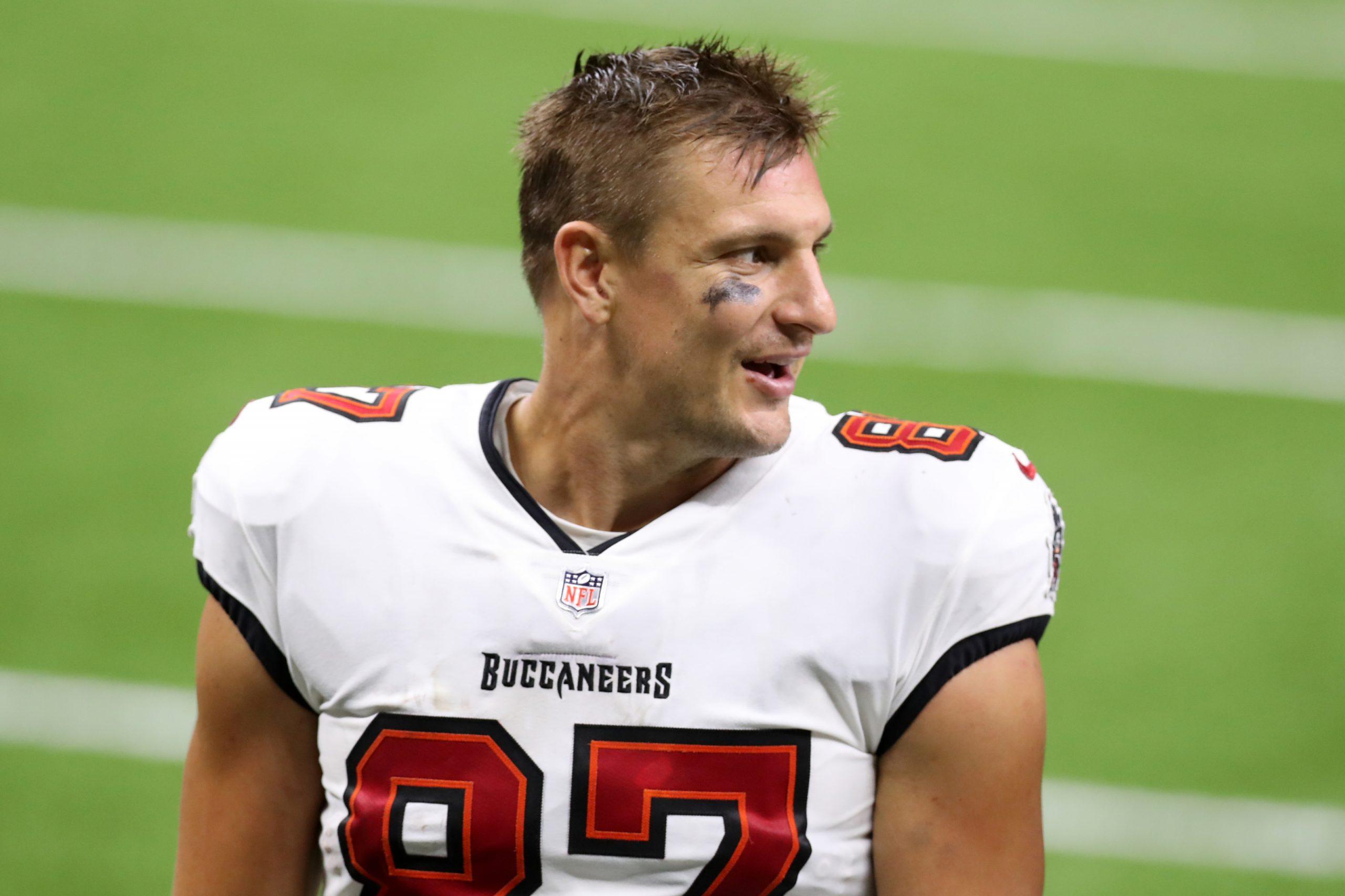 Hey Nerds! The DynastyNerds writers are here to provide you with weekly starts and sits. We will be making our recommendations based on weekly consensus PPR rankings from FantasyPros. Here is our squad and the position groups they will be covering to help you each week. Follow us, friend us, tweet us; we look forward to hearing from you!

We are at the halfway point in the 2020 NFL Season. Hopefully, by now, you are able to see if you are a contender or a pretender. Before we get into the starts and sits, let’s recap. My starts were Robert Tonyan (5.2) and Ian Thomas (2.1). Ouch! My sits were Eric Ebron (11.0), Dalton Schultz (4.2), and Chris Herndon (0). If nothing else, thank you for reading my article for the entertainment value because it’s been a rough year for tight end streaming. I truly appreciate the support of the Nerds community. Let’s get this train back on track!

Gronk has scored double-digit points in each of his last three games. He has also scored a touchdown in back to back weeks. With Chris Godwin missing this game, Gronk should continue to catch the eye of Tom Brady. Under the Monday night lights, Gronk should be in a prime position to smash!

Philly’s receiving core is still a mess, and Rodgers is healthy, which against the pathetic Cowboy’s defense makes him a reliable start. Rodgers was second on the team in targets in Week 7 behind Travis Fulgham, and Dallas is fresh off allowing a 16 point fantasy performance to Logan Thomas. One thing to monitor is the health of Dallas Goedert. If he plays, Goedert becomes a must-play over Rodgers.

Do not be scared off by Smith’s flop performance last week. Smith has had double-digit performances in 4 of his 6 matchups. Next on the schedule is the Bengals, who have allowed the fourth-most points to the position. This is a prime matchup for Smith to bounce back.

This will be the third straight week Ebton makes the sit list. Ebron has only posted two double-digit performances this season and now gets the Ravens, who have allowed less than 14.7 points in 5 of their 6 matchups this year. It is becoming a trend, but I would sit Ebron.

Engram has failed to catch a touchdown this year and leads the league in drops at the position. He now gets the Tampa Bay Buccaneers, who allow 11.3 points to the position. Engram has been involved in trade talks as well, so that will be something to monitor heading into the Monday night matchup.

It appears that Ben Dinucci will potentially be under center for Dallas Sunday. For me, it will be hard to trust any part of the Dallas offense with such an unknown. I would look elsewhere for a tight end option than Schultz, who has cooled off significantly since Dak has been injured.

Good luck in your Week 8 matchups! As always, please follow me @dynastydadmike. I love to talk football and always love to interact with the fantasy football community. I also love to talk about superheroes, movies, and pro wrestling. So, hit me up! Also, make sure you subscribe to the #NerdHerd where you get exclusive content, our new dynasty rankings format, and a bonus podcast. Dynasty Nerds also recently launched the #DynastyGM tool which is a complete game changer in the fantasy industry. We truly are your one stop shop for all your fantasy football needs! God Bless and thank you!