12 Formation: Who to Sit at Tight End Week 1 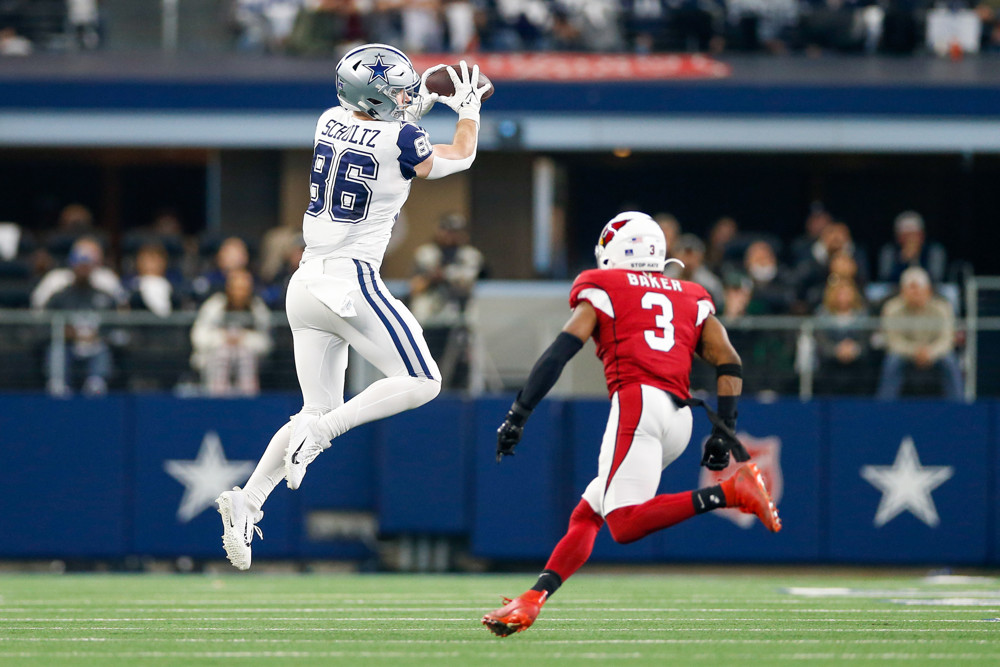 The tight end landscape has slowly but surely improved over the years. An influx of young players has brought some more life to the position. However, it’s still rather bare.

If you didn’t get one of the top few players at tight end (Kyle Pitts, Travis Kelce, Darren Waller, George Kittle, or Mark Andrews), you’re likely streaming the position weekly. Matchups will matter the most to you.

For those of you in that boat, this article is meant for you. Without further ado, let’s get started on our week one starts/sits.

If you have Hockenson, odds are you’re probably starting and not considering benching him. I have him headlining this article as a vote of confidence. Hockenson is a set-it-and-forget-it type of player this week. He’ll be a featured part of the Lions’ offense again in 2022, despite the additions to the wide receiver corps.

In 12 games last season, Hockenson received 84 targets. He turned that into over 500 receiving yards and four touchdowns. Hockenson and the Lions will face off with the Philadelphia Eagles in the season opener. The Eagles’ defense surrendered the second most fantasy points to TEs a year ago (10.2 points per game).

Without any major additions to help against that weakness, I expect Hockenson to post a stellar week one stat line that will leave fantasy managers pleased.

It’s more than fair to call this a risky projection. Freiermuth is entering his second season in the NFL. He has a new quarterback under center in Mitch Trubisky. Oh, they added a wide receiver with their second-round pick in the 2022 NFL Draft.

Fire up Freiermuth and feel confident. I expect him to live up to his ranking this week and finish top 12 at his position.

My spell check is getting tested right off the bat this week.

The Broncos’ new starter, Okwuegbunam, has a positive matchup against the Seattle Seahawks. TE Noah Fant is no longer in town; he was traded to the Seahawks. Albert O seems like a great play with all intents and purposes. His new quarterback is a future Hall of Famer, and the matchup is easy. However, Okwuegbunam is riskier than you would think.

Not all the signs point towards a positive outing for the young tight end. I expect the Broncos to thrash the Seahawks with ease. That means the Broncos will have a positive game script, which means limited pass attempts.

With a duo of RBs in Javonte Williams and Melvin Gordon, the Broncos will pound the football down the Seahawks’ throat. I expect Okwuegbunam to finish with under 50 receiving yards and no touchdowns, equating to a finish outside the top 12 at his position.

Despite a great year in 2021, I don’t believe in Schultz. Last season, Schultz netted over 800 receiving yards and eight touchdowns. Everything has gone the way fantasy managers wanted it to for Schultz as the Cowboys wide receiver room is depleted because of injuries and offseason departures. Now, even more targets are up for grabs.

Schultz will have good weeks this year, but he’ll be far from consistent for your fantasy teams. I expect week one to be a poor outing for him as the Cowboys play the Tampa Bay Buccaneers. In 2021, the Buccaneers only allowed 6.5 fantasy points per game to tight ends. They were ranked in the middle of the pack compared to the rest of the league. However, that happened with numerous injuries to their linebacker and secondary rooms.

With a healthy defense, they will allow even fewer points per game to tight ends. As I said, Schultz will have his games where you can play him. Week one isn’t one of those, though. He’ll finish outside the top 15 at his position.