A recap of Courtland Sutton’s fantasy year in 2019 and projecting his value for the upcoming 2020 fantasy season. 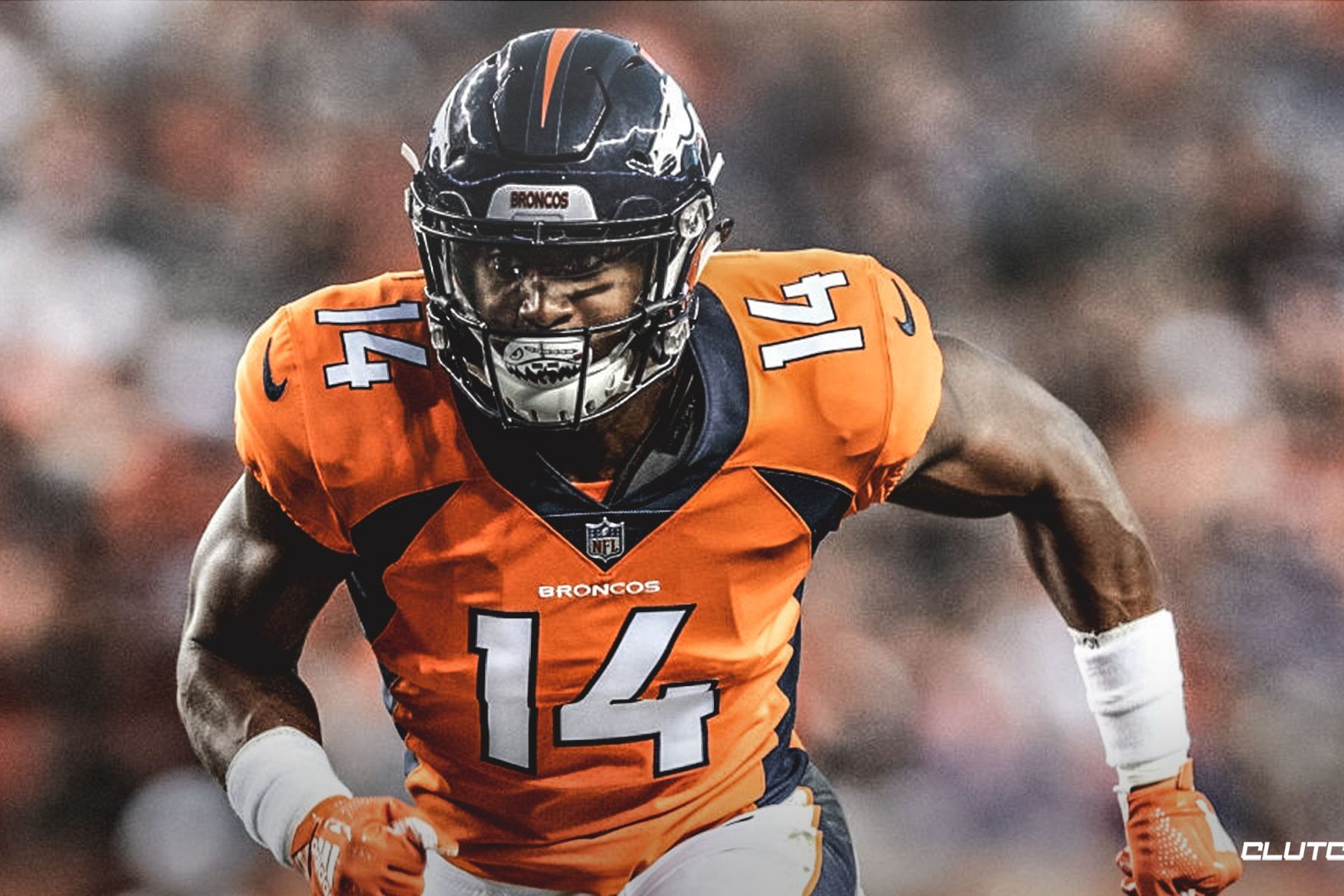 In 20 projections for 2020, I ‘ll be putting the spotlight on 20 different players and project where they will end up in the 2020 fantasy football season. I’ll give a glimpse into the future as I steal Doc Brown’s famous DeLorean and use it for my own pleasure. I swear these are the truth, the whole truth and nothing but the truth. Enjoy! (I want to take this time to preemptively apologize to Judge Judy).

The first player I’d like to cover as part of the 20 projections for 2020 is Courtland Sutton. Sutton broke onto the scene in Denver this year with 72 receptions for 1,112 receiving yards and 6 touchdowns, which led to a fantasy finish of WR17 in standard-scoring formats. He greatly improved his game when comparing to his rookie season, even though he still had to manage to play with 3 (THREE!) different Quarterbacks under center. However, the last of those 3 Quarterbacks are expected to hold the keys to the franchise, rookie Drew Lock. So, what can we expect from Sutton moving forward into the 2020 season?

Sutton made several improvements to his game last off-season; his first true NFL off-season where he no longer had to focus on preparing for the draft. The Broncos also went through several different changes on the coaching staff as well as on the roster like the acquisition of Joe Flacco (still kind of makes me sick to my stomach), which all contributed to the new Courtland Sutton we saw in 2019. One of the most notable differences with his play on the field was his reduced drop rate of 8.3% from his prior season to 4.0% this past year, and a large part of the reduced drop rate could be due to the fact that the Broncos focused getting Sutton the ball closer to the line of scrimmage. Which provides an explanation as to why his yards before catch dropped by an average of 2.3 yards. Another improvement in Sutton’s play was seen after he got the ball in his hands as he more the doubled his yards after catch from his rookie year (163 yards) to his second year (352 yards). These improvements are an indictment on the way Sutton was used last year, and the former Broncos coaching staff. However, this year the Broncos offensive staff focused on getting him the ball a tad bit closer to the line of scrimmage and in space more often, which is something I expect Pat Shurmur to continue to do as the new offensive coordinator.

As previously noted, Sutton did this while having 3 different Quarterbacks under center during the season, but it’s what he accomplished with Drew Lock from week 13 on to determine where exactly Sutton should be projected for the 2020 fantasy season. When Lock took over in week 13 for Denver he showed flashes of a franchise QB, but when looking at the box score and more so into his advanced passing statistics there are some bad signs regarding Sutton’s value. Traditionally, rookie QB’s don’t pass for many yards, and during the final 5 game stretch of the season, this proved to be true with Lock. Now even though Lock won’t technically be a rookie next year, he will still have only started and played in 5 games up to that point. From week 13 on, Drew Lock only eclipsed the 200-yard passing mark just twice, and, just to provide a comparison, Derek Carr and the average Oakland Raiders passing offense eclipsed that mark 13 times across a full 16 game slate. Over that span of 5 games, you could already see the negative effect this had on Sutton as he only passed the 60-yard marker 2 times.

One Lock Stat Could Loom Large For Sutton

When looking at Drew Lock’s advanced passing statistics it provides a more in-depth look as to why Sutton’s yardage totals may take a significant dip. The most damning stat I came across relating to the dip in yardage was completed air yards per completion (CAY/Cmp), which is the yards the ball traveled in the air past the line of scrimmage before the catch. When comparing the 3 QB’s that Sutton had under center in 2019, Drew Lock ranked dead last with a measly 4.7 yards. Even Joe Flacco, who is notorious for throwing the ball at the line of scrimmage and no further, surpassed Lock with a 5.4 CAY/Cmp.

While I’m expecting Sutton to experience a drop in yardage, I also think he can have an increased touchdown total because the offense had its 2 best point totals of the year with Drew Lock running things over the final 5 games of the season. That increased touchdown upside should nearly make up for the lost receiving yardage next season. Courtland Sutton will follow up this past year’s performance with another valuable WR2- WR3 type of season for your dynasty team.