A look into how Buffalo Bills RB Devin Singletary fared in his debut season and a peek into what you can expect from the rising star next year. 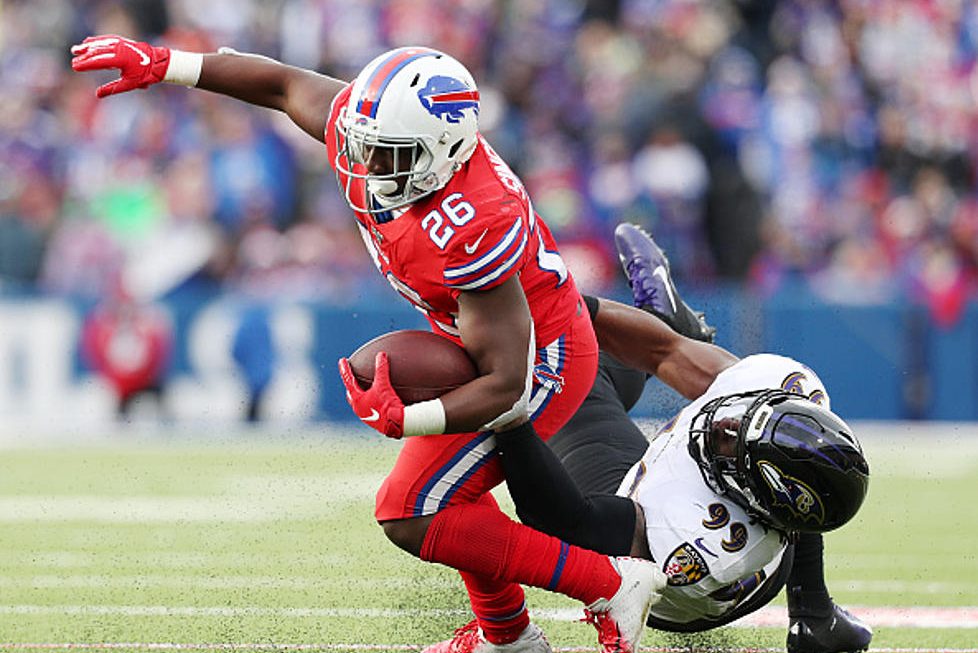 Um, repeat after me, Devin Singletary will burst onto the scene as a fantasy stud next year. I’ll admit starting an article with um is probably not the best thing to do, but after looking at Singletary’s stats in 2019 and watching some film of his that’s the only word I was able to say. Anyway, now it’s time to get into the nitty-gritty of Buffalo Bills RB Devin Singletary’s rookie year in which he managed to get 775 rushing yards off 151 carries and added 29 receptions for 191 yards. By the way, he managed to achieve those totals while missing a total of 4 games. Yet, there was still an alarming note regarding his season, he only had a combined 4 TDs even though he nearly eclipsed 1,000 total yards (966). All those numbers combined led Devin Singletary to a finish of RB 31 in standard scoring and RB 32 in PPR formats. So, what makes me so confident in Singletary’s future and why might you agree? Read more and find out for yourself.

Before the draft and even following the draft, going well into the 2019 season Devin Singletary was pretty much an afterthought in this class, but as the season went on and he got healthier, people started to take notice.

Admittedly, at first look, the stats look a little average as he had 151 carries that led to 775 yards rushing. However, when you dive deeper something catches your eye as if you noticed a shooting star come across the night sky. What is that shooting star you might ask? Well, it was his level of efficiency with the ball in his hands. Singletary averaged an incredible 5.1 Y/A (Yards per Attempt) which was top 5 across the NFL where he led guys like Christian McCaffery, Nick Chubb, and fellow rookie Josh Jacobs.

Not only was he efficient on the ground, but he was also an efficient receiver out of the backfield where he caught 29 balls off 41 targets for 191 yards and a solid 6.7 Y/R (Yards per Reception). Which at first might not seem a lot, but stud Carolina Panthers RB Christian McCaffery had 6.7 Y/R in 2018. No matter what the Bills asked of him, Singletary always seemed to deliver at a hyper-efficient level.

To open the 2019 season, Devin Singletary got off to a slow start as he was behind Frank Gore on the depth chart. This handicapped his opportunity, but in the second week of the regular season Singletary suffered a scary injury. Amazingly, the injury was not as serious as what was originally thought, and he was able to return after missing just 3 games.

In his first four games, two before the injury and the two after, Singletary was used sparingly topping 8 total touches only 1 time. Then in week 9, the Bills had altered their offense and made it a point to get Singletary the ball as he topped 20 touches for the first time in his short career. From that moment on things were different for Singletary as he only failed to top 15 touches 1 time across those 8 weeks.

When you examine it further, the most eye-popping stat regarding Singletary’s season was his snap count and percentage of plays he was on the field. Over those 8 weeks, he essentially took over that backfield he never played less than 66% of the offensive snaps and capped out at a sky-high 96% of snaps. When the Bills realized what they had in Singletary they made an offensive adjustment that led to him getting on the field more and more importantly increasing his amount of touches.

Up to this point, everything regarding Singletary has been positive, whether it was his efficiency or his increased utilization as the season progressed. Yet, there is still a negative that lingers not only around his rookie season but his future. Do the Bills believe Singletary can be their goal-line back? At least this year the answer to that question was a resounding no. If you feel the resounding no was a little strong consider this: 3 of his 4 total touchdowns came from 14+ yards out.

Not convinced yet? How about across his 12 games this season Singletary only got 3 carries and 2 targets inside the 10-yard line (WHAT?!?!?!). While he only got 3 carries, Frank Gore received a total of 18 carries which, in case you didn’t want to do the math is 6x the carries Singletary received. Something like this can really limit a player’s upside, so if the Bills look to bring in a bigger back or resign Gore it could be a cryptic sign regarding Singletary’s fantasy ceiling. (1st table is Devin Singletary’s and the 2nd is Frank Gore’s)

I think next offseason we will be discussing the breakout season Devin Singletary had in 2020, as the Bills offense led by another year of an improving Josh Allen will continue to get the job done. The utilization of Singletary in the back half of the season will continue going into next year, and in the future as long as he can stay healthy. One thing I worry about is his goal-line usage, but I’m calling my shot either way. The Bills will NOT sign an RB to take the goal-line work away from Singletary but to back him up, and he will get his shot as the lead guy in both touches and goal-line work next year for the Bills. This all leads to Singletary finishing in the top 12 RBs in PPR, but a top-end RB 2 in standard scoring. PLEASE DON’T LET ME DOWN!