After a great rookie campaign, can Josh Jacobs follow it up with another great season or will he suffer from a sophomore slump? Tell me what you think and follow me on twitter @FFwyatt0305. 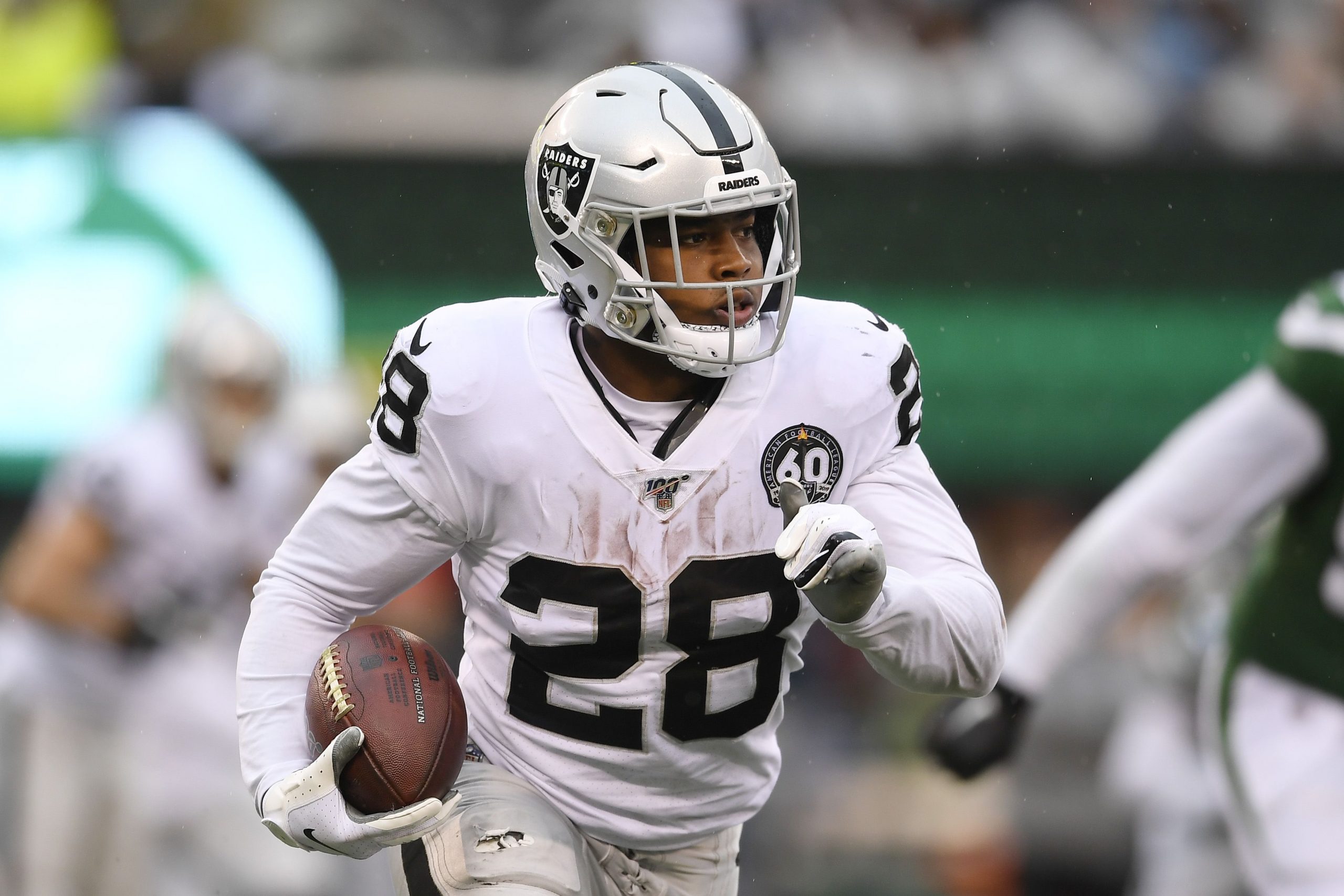 Without a doubt, last year’s draft featured a weaker running back class than most but still featured a hyper-talented player, running back Josh Jacobs. Now, he did have his fair share of question marks relating to his collegiate workload at Alabama. Regardless, he was still my top prospect because talent doesn’t lie. He put the talent on display consistently last year and proved all the doubters wrong by being able to handle a large workload.

The Start of Something Special

Most fantasy analysts and dynasty players had their fears when it came to Jacobs. No one denied his talent, or that he fell into a solid situation (granted, he could’ve landed with a better team than the Oakland Raiders). What they did question was whether he could withstand a large amount of work.

If it weren’t for his lack of work at Alabama, those questions wouldn’t have been so prevalent. He had no long-term injury history, nor did he show a knack for getting hurt, but people still question if he could hold up. However, after his rookie season, Jacobs quelled those fears as he received the 13th most rushing attempts in the NFL. If not for a quirky shoulder injury that caused him to miss three games, he would’ve finished in the top eight in rushing attempts. On top of those carries, he also hauled in 20 receptions.

In addition to proving he could handle a large workload, Jacobs also proved he could remain hyper-efficient with increased volume. He posted the eighth-most rushing yards, 1,150, off 242 attempts, and garnering 7 Touchdowns. It allowed him to finish as RB20 in PPR scoring formats and RB11 in standard scoring. Furthermore, Jacobs had the third-highest yards per game (Y/G) and the seventh most yards per attempt (eighth if you include Lamar Jackson), which is impressive, especially considering the company he was in. Things weren’t always so rosy last year, and a bigger question developed, will Josh Jacobs be more involved in the passing game moving forward?

Back to the Future

Last year, the committee approach regarding the running backs involvement in the passing game was still being used by Gruden. Only, this time it featured three running backs instead of two. Those three guys were Josh Jacobs, Deandre Washington, and Jalen Richard. The latter of which just received a two-year, $7 million extension from the Raiders.

With all three guys returning next year, let’s look at the targets each received. Combined, the group received a total of 111 targets, and Jacobs received the least with only 27. Both Washington and Richard had 40+ targets and were more involved in critical third-down situations. Coming out of college, and even in his short time in the NFL, Jacobs has shown the ability to be a reliable pass catcher. He isn’t a player like Leonard Fournette, who was drafted in the first round and never showed the ability to catch passes coming into his rookie season, yet here we are.

How can Josh Jacobs Better Himself Going into 2020?

Given that he had a good rookie season, there is only one area Jacobs needs to improve, and that area is in pass blocking. It’s no coincidence that Raiders General Manager Mike Mayock has said that as well as saying he wants to get Jacobs more involved in the passing game. Mayock called it “Phase 2” of his development (yeah, I’m not going to be calling it that) in interviews at the NFL combine.

Improving in that area will keep Jacobs on the field more and drop a guy like Deandre Washington’s snaps. Thus, more targets would be coming Jacobs way in 2020, but no matter what happens, I think it’s still fair to say Jalen Richard will still be involved. He just agreed to a new extension with the Raiders, which proves that they valued him and his role n the offense last year. How could you not when he had a sterling 9.0 yards per completion? Also, Richard had collected 43 targets, turning it into 36 receptions for 323 receiving yards. His role will still be prominent, so the question becomes whether Josh Jacobs can get valuable pass-catching work with Richard still there.

It’s reassuring that Mayock feels the same way everyone in the fantasy community feels about Jacobs’s involvement in the passing game. However, what General Manager’s say in offseason interviews is like coach speak during the season, and we have years of proof that Jon Gruden doesn’t utilize just one running back in the passing game. Now, that may change if Gruden likes Jacobs’s improvement in pass blocking, but it’s just as likely that he continues to implement other running backs besides Jacobs in the passing game. I expect Jacobs to get more targets than the 27 he received this past season, and I expect him to once again be a top 12 RB in standard-scoring formats. However, in PPR formats, I expect him to be anywhere from RB15-RB18 due to the lack of pass-catching work.

IDP Only Rookie Mock 2.0
Wins Above Replacement: The Oil