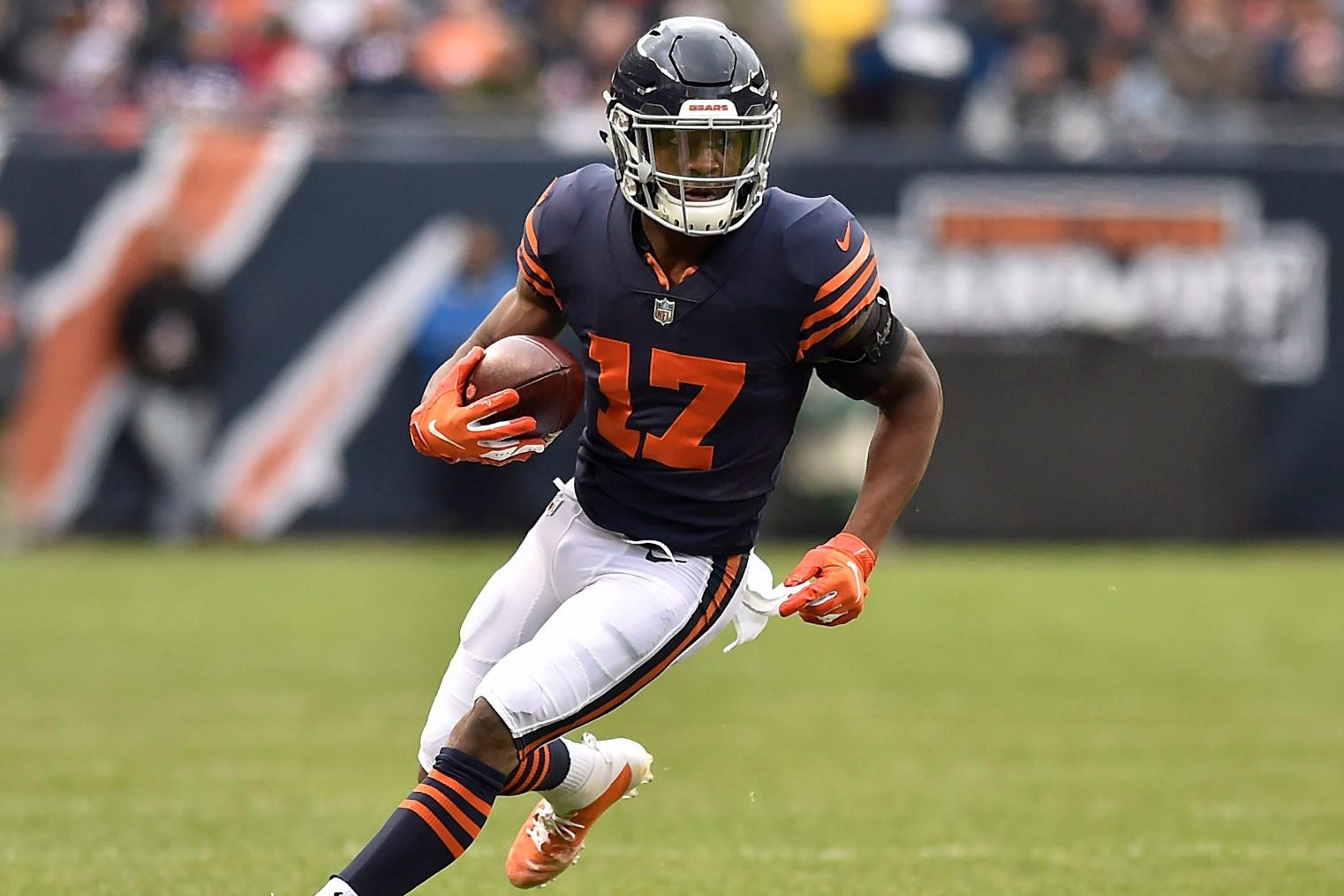 Coming out of Memphis and entering the 2018 NFL draft, Anthony Miller showed a lot of promise as a prospect. Enough promise that led him to be picked in the second round as the sixth wide receiver off the board. Since then, however, Miller has struggled in the NFL. There is a multitude of reasons why; it could be his injuries (specifically in his rookie season), his quarterback situation, or players getting playing time ahead of him that had no business being there. Yet, I still believe there’s hope for the future.

In 2018, everything was seemingly set up for Anthony Miller to become the Chicago Bears number one wide receiver. Newly paid wide receiver, Allen Robinson, was in his first year of Head Coach Matt Nagy’s system and missed most off-season workouts as he was still recovering from his torn ACL the year prior. Chicago also invested a high amount of draft capital on Miller in hopes he would give Trubisky another valuable option. However, that never materialized.

A big part of that never becoming realized in his rookie season was due to injury. In year one, Anthony Miller suffered from a left shoulder injury, and as that injury got worse, his production dipped. He finished that year with 33 reception off 54 targets for 423 yards and 7 touchdowns. Most of that production was from week 7 to week 11, which makes sense as Miller became more involved in the offense at that point. He truly capitalized on that increased involvement as he received 29 targets and caught 17 of them, which he turned into 268 receiving yards and 3 touchdowns. After that stretch, however, Miller fell off a cliff.

In the next six games, he had three games with no receptions, and in two of those, he didn’t even receive a target. That was the period where his shoulder injury spawned, and it had a damning effect on his production level. It also sprouted at the worst possible time as he was just starting to figure out the offense and breakout.

Please, let it Get Better

Another reason behind Miller’s struggles in the NFL has been his quarterback situation in Chicago. Whether it will be Mitchell Trubisky again next year or the newly acquired Nick Foles from the Jacksonville Jaguars, this could still be an issue for Miller in 2020. Analyzing these quarterbacks based on last year’s production helps illustrate that.

It’s no secret that Mitchell Trubisky struggled greatly last year in Chicago. When looking at some advanced metrics on pro-football reference, you can understand why. In 2019, Mitchell Trubisky had the sixth most poor throws in the entire NFL. Of quarterbacks in the bottom ten in that statistic, Trubisky had the third-fewest number of attempts; the two other quarterbacks are Baker Mayfield and Andy Dalton. All three had higher than an 18% poor throw percentage per attempt. For Miller, who is in an offense that doesn’t throw the ball at a high clip, a quarterback wasting more than 18% of his throw’s hurts Miller tremendously.

While Foles doesn’t have the same accuracy issues as Trubisky, there are still concerns. Last year, even though it was a four-game sample, Foles saw his completion percentage drop 7 points from the year prior, and that was with a lower drop rate as well.

On top of that, an issue with play the past few years has been his touchdown rate. In the past two years, Foles has yet to eclipse a 4.0% touchdown rate, and last year was the lowest of his career with a 2.6% mark. Coincidentally enough, this is also an issue Trubisky struggles with mightily as he only had a 3.6% Touchdown rate last year, which still bested Foles. Take this into account; the 16th ranked quarterback in touchdown rate this year, Case Keenum, had a 4.5%. Equating to almost a full percentage point higher than Trubisky, and almost two percentage points higher then Foles. It’s clear that both quarterbacks have their downfalls and will have an influence on what Miller can accomplish.

An Issue that is now Resolved

Last year, Miller entered the season as the third wide receiver on the depth chart, behind Allen Robinson and Taylor Gabriel. When considering the entire season, Anthony Miller let fantasy analysts and owners alike, down. He finished the year with a surprising 85 targets leading to 52 receptions for 656 yards and two touchdowns. All were substantial increases over the production seen in his rookie year, outside of touchdown production. While he did disappoint and post unimpressive numbers, there is still some hope to be had.

From the beginning of 2019, Miller was handicapped by a lack of playing time in an offense that didn’t pass much. During Chicago’s week 11 game versus the Los Angeles Rams, Taylor Gabriel suffered an injury that would keep on the sidelines for the rest of the season. From week 11 on, Miller started to receive more snaps and a consistent target share. This stretch consisted of two games over 100 yards, as well as both of his touchdowns on the season and four games of more than nine targets.

With Gabriel down, Miller had an expanded role and produced with it. Although, Miller was still inconsistent as he only received three targets in the final two games of the regular season combined. Going into 2020, Miller is now cemented as the number two option behind Allen Robinson, as Taylor Gabriel was released on February 21st.

Next year will be the year for Anthony Miller to showcase his skillset. Yes, his quarterback situation is truly horrific, but to have any hope for what’s next, we need to see a consistent level of production. He doesn’t need to post outstanding numbers as that would be unfair given the quarterbacks he’ll have to throw him the football. Anthony Miller will do what he did following Week 11 last season, next year. He’ll have games featuring good fantasy production in terms of yardage, games with a low amount of yardage that will be saved by touchdowns, and games that will be complete and utter duds. The best-case scenario for a Miller will be an on-again, off-again WR3.

As far as his dynasty value is concerned, I see Anthony Miller as a Robert Woods 2.0. Miller entered the league in a bad situation, and that was hard to overcome. But with the completion of his rookie contract, he will end up in a good location where he will produce consistent fantasy value for your team. Don’t give up on him the talent is still there, and while he has not posted good end of season numbers, he has had solid stretches of play in both seasons he’s been in the NFL.