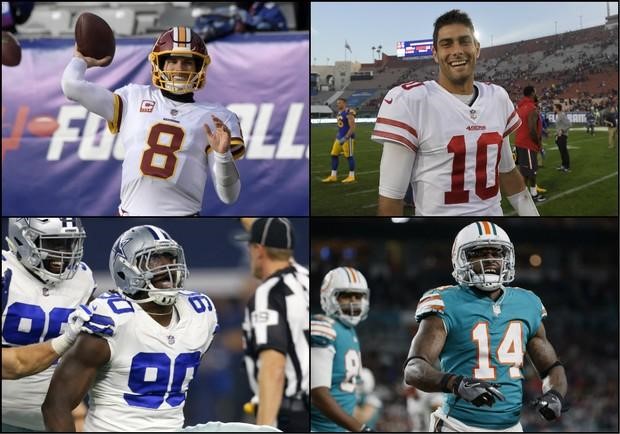 As a dynasty owner your season may be over and this is the time I believe most of us get a little break to enjoy the NFL playoffs before rookie season really ramps up. As a tireless dynasty enthusiast I felt breaking down the 2018 free agents would be a cool thing to do before we are flooded with scouting reports and hours of film watching and analysis. It’s important to break down free agent landing spots when factoring in your rookie landing spots. There’s only so many starting spots, targets and carries to go around and the more knowledgeable we can be about each teams depth or lack thereof gives us an advantage over our leaguemates.

The most interesting scenarios in free agency depend so much on franchise tags. WR and RB are likely the most impactful positions this year but it’s important to know who lands where especially around rookie drafts. In dynasty every offseason is big so this one is no different. Keep building those dynasty powerhouses all offseason long. There is truly no off season for dynasty owners.