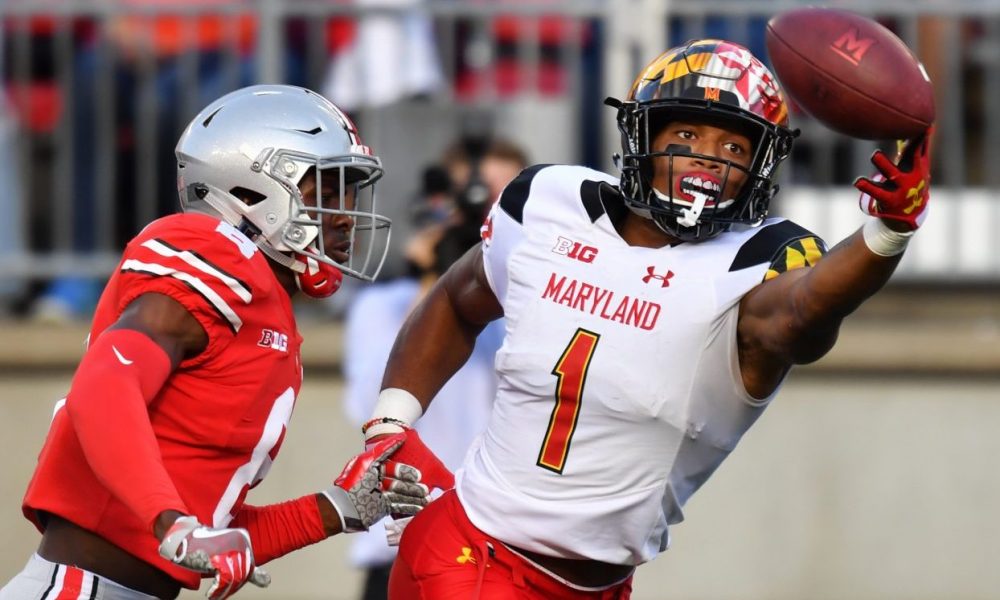 The Browns make the right decision here and select the best quarterback prospect since Andrew Luck. Darnold will come into Cleveland and bring with him an attitude for greatness that Cleveland hasn’t seen in quite some time. Darnold isn’t the perfect QB prospect as he has some issues with turnovers, however, he can make all the throws and is the ideal quarterback to bring Cleveland back to relevancy. 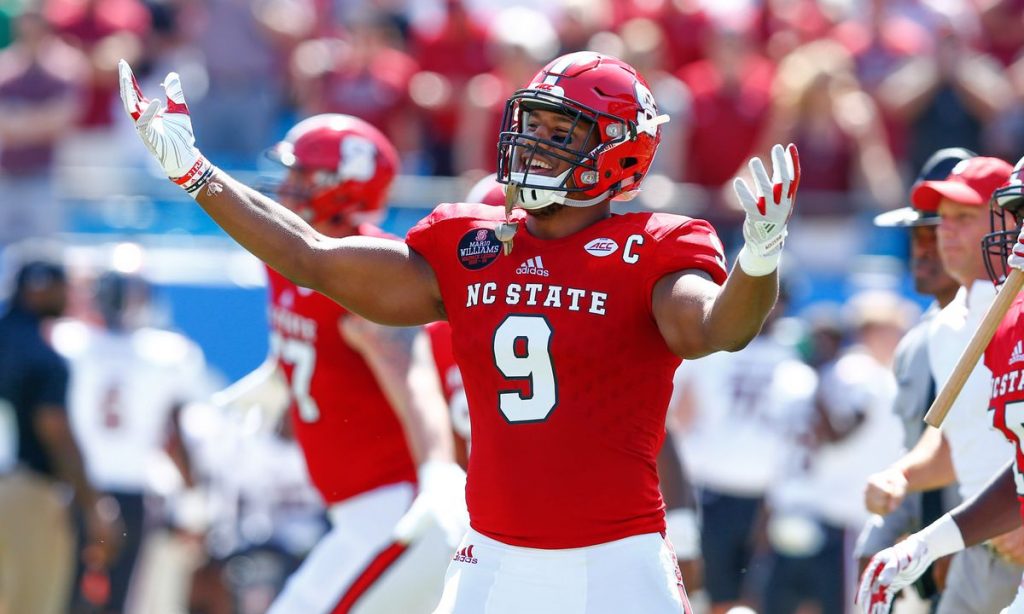 The New York Giants make an extremely difficult decision here as Eli Manning is getting older every day, and they don’t usually draft this high, however, they can’t pass up a guy who many people believe is as good if not better than Myles Garrett. With Jason Pierre-Paul traded to Tampa Bay, there is an opening on the Giants defensive line who nobody fills better than Chubb.

On March 17th, the Jets traded up with the Colts to secure the third overall pick. In my honest opinion, they knew the whole time who they were going to take. They have fallen in love with Mayfield and he is a great QB to go to the city of New York. He is a proven leader and has the confidence to succeed anywhere in the NFL. The media won’t get to him.

Not surprising to anyone, the Cleveland Browns take a king’s ransom and trade down. They pick up picks 12 and 22 in the first round to make it two consecutive years with three 1st round picks. They also pick up picks 53 and 65 overall as well as a 2019 2nd round pick.

There has been a lot of buzz around Josh Allen’s name and if he would be selected in the first ten picks. The Bills like him, but not as much as they like the other Josh, Josh Rosen. Rosen, a star quarterback from UCLA has been talked about very highly athletically by several individuals, however, he has some off the field concerns. These off the field concerns mostly come from the belief that Rosen may not actually love playing the game. This becomes an issue when your team is struggling and then you question yourself and want to quit. Buffalo believes they can coach this out of Rosen and they also believe that with this pick they have their guy for the next decade. 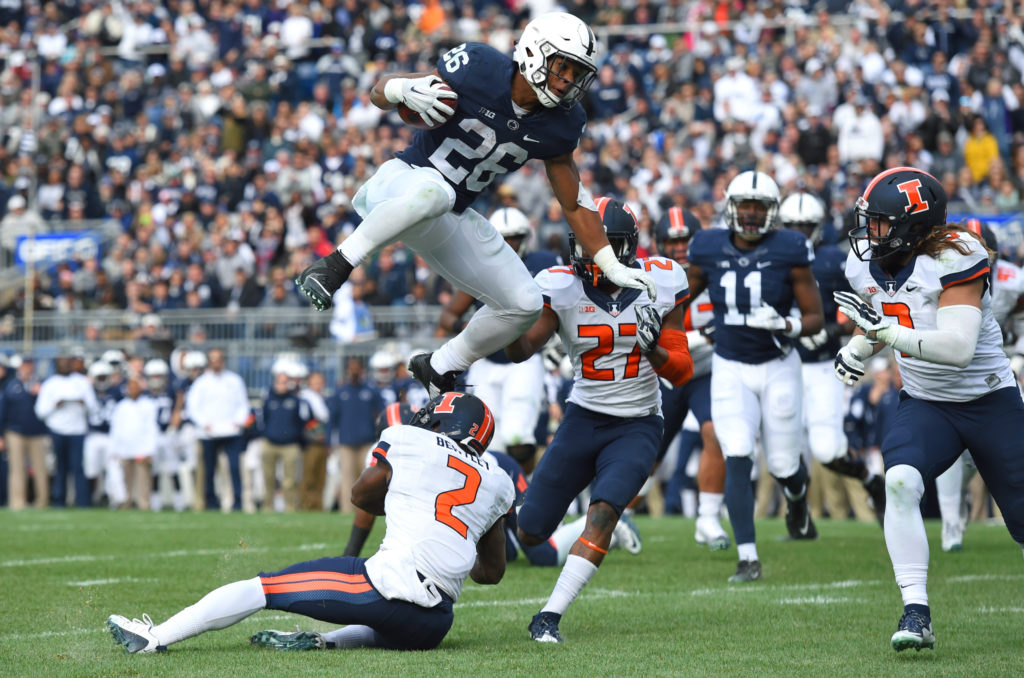 The Broncos are able to stay put and still take the best player on the board, and the best player in the draft with a 7.45 prospect rating. With the release of RB C.J. Anderson, the only running backs the Broncos have on their roster are Devontae Booker, and De’Angelo Henderson, not exactly star running backs by any means. GM John Elway will rush this pick up to the podium knowing he can pair the best running back in the draft with his hand-picked quarterback Case Keenum for the next couple of years.

GM Chris Ballard gets Andrew Luck some much-needed protection in the form of Quenton Nelson. Experts have declared that Nelson is one of the best Guards to come out of college in a long time and say that he is a Hall of Fame type player from day one. With Luck’s health concerns, this is the best scenario the Colts could have hoped for as they picked up extra picks by trading back with the Jets and they still get likely the top player on their board.

Tampa Bay gets to take the best defensive back in the draft which is their top draft need. This is an outstanding scenario for the Buccaneers. Fitzpatrick would slot into the safety position for Tampa Bay, but could also play either corner position. Without another true playmaker on the defense, Fitzpatrick would be the ideal captain of the defense from the very start.

The Bears become quicker and more explosive at the inside linebacker position as they take LB Tremaine Edmunds out of Virginia Tech. Edmunds pairs up greatly with inside linebacker Danny Trevathan in Vic Fangio’s 3-4 defensive scheme. By adding Edmunds, the Bears would have a talented defense that could help to propel the Bears back into prominence, given QB Mitchell Trubisky and the offense can grow as a group. 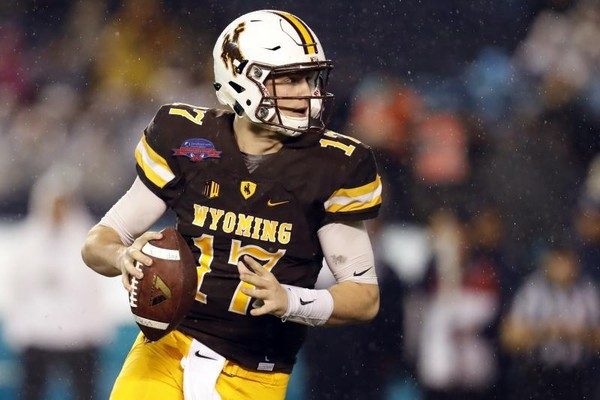 The Arizona Cardinals move up in order to get their quarterback of the future. Knowing that Miami needs a quarterback at pick 11, the Cardinals give up picks 15, 47, 97, and their 2019 1st round pick to move up to pick 9.

Many teams honestly believe that Josh Allen could be the best QB in this class, and the Cardinals are extremely happy that he is still on the board at pick 9. The kid out of Firebaugh, California gets to play his professional ball not too far away from his hometown and will have the ability to sit and learn behind Sam Bradford.

Jon Gruden’s first draft pick since his return to the field is a prime pick for the Raiders. Smith was an absolute stud for the Georgia Bulldogs in their run to the National Championship in 2017, and he will bring a lot of potential to a team that needs it. Pairing Smith with Khalil Mack could form a deadly duo for the Raiders and he could definitely be a Gruden grinder in his first season in Oakland.

With the departure of defensive tackle Ndamukong Suh’s departure from Miami, the Dolphins are in the market for a new defensive tackle. With the top quarterbacks already taken, the Dolphins decide to replace Suh with Vita Vea. Vea is a positional weapon as he is fast enough to be an end but big enough to be a brute as a tackle in Miami’s 4-3 defense. Pairing Vea with Davon Godchaux, Cameron Wake, and Robert Quinn on the defensive line would be scary to opposing offensive lines. 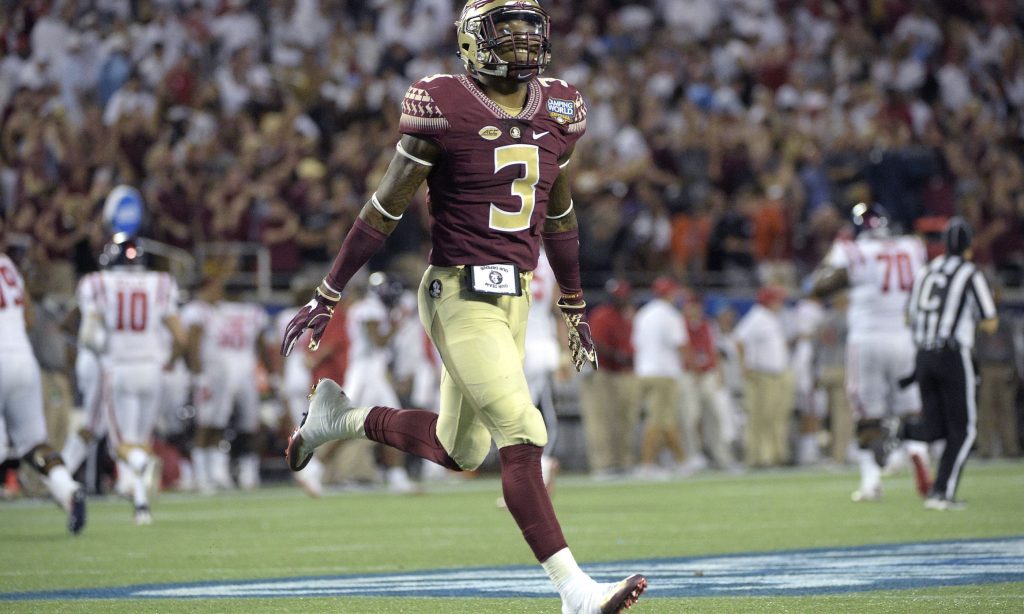 Not surprising to anyone, the Cleveland Browns take a king’s ransom and trade down. They pick up picks 12 and 22 in the first round to make it two consecutive years with three 1st round picks. They also pick up picks 53 and 65 overall as well as a 2019 2nd round pick.

The Browns could have taken Minkah Fitzpatrick or Derwin James with the 4th overall pick, however, they trade down eight spots and still get the player they wanted. Adding Derwin James to a defense that already had DE Myles Garrett and LB’s Joe Schobert and Christian Kirksey would be deadly for opposing teams. These Browns are on their way up and could be a force to be reckoned with in 2018.

Washington needs someone who can stop the run, and they take someone who is outstanding at doing just that. Payne is the best run stopper in the 2018 Draft and Washington should be extremely happy to be able to take him with the 13th overall pick. Washington has lacked a run stuffer for a few years and adding Payne makes them better immediately.

The Packers biggest draft need this season is once again adding defensive playmakers, something they have done a lot of recently. Having added Kevin King last season, the Packers are once again able to add a cornerback who will have an immediate impact. Ward is one of the best cornerbacks in the 2018 Draft, if not the best, and the Packers should be extremely happy to take him.

San Francisco moves down in order to pick up more draft capital. Knowing that Arizona needed a QB, the 49ers picked up picks 15, 47, 97, and a 2019 1st round pick for allowing Arizona to trade up. The 49ers could really use a pass rusher as they ranked 26th in the league last year in, total number of sacks. Landry is the top Edge Pass Rusher in the 2018 Draft and San Francisco benefits greatly by making a trade with the Cardinals. Picking up the star out of Boston College, the 49ers add to their pass rush, allowing them to become a better team. 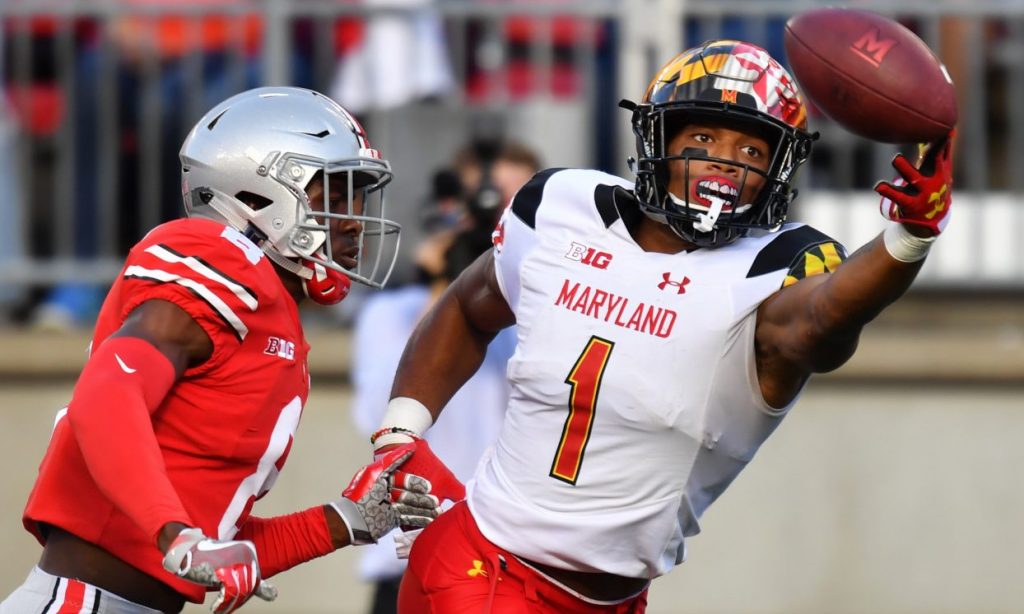 Joe Flacco rejoices as he finally gets himself a top-tier target in D.J. Moore, the truthful WR1 in the 2018 draft class. Moore has some room to grow, but being the top receiver for a top ten quarterback will allow him to do just that.