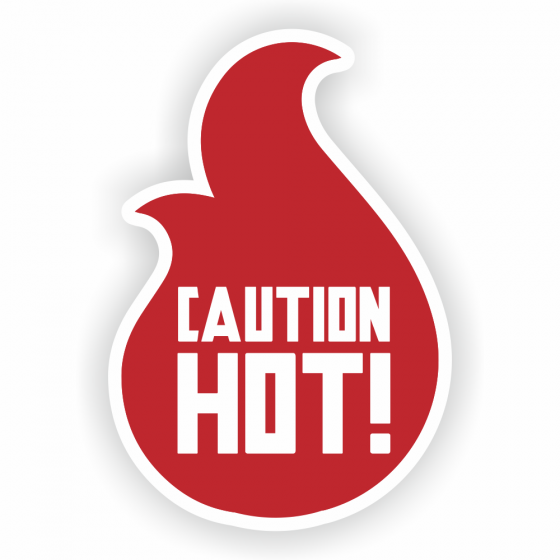 People, aside from @DynastyMatt, love churning out hot takes. And now, as we sit only hours away from the 2019 NFL season, what better time to give our hottest takes. This week’s NerdHerd podcast was chock-full of spicy takes. If you are a part of the NerdHerd, you’ve already heard Rich, Matt and Garrett’s hot takes. For those of you who are not (yet) a part of the NerdHerd, we thought we would give you an opportunity to appreciate the spiciness from some of the writers. We certainly don’t think that all of these things are GOING to happen, nor do we think any of them necessarily are even LIKELY to happen, but the fun thing about hot takes is that they are all things that COULD happen.

In his rookie year, Evan Engram was a top 5 TE in most all formats. In his sophomore year, he disappointed. He has shown that he has the ability to produce top TE fantasy numbers, and with the departure of OBJ, the suspension of Golden Tate, and the lack of WR depth, Engram is poised to make this a reality.

It seems like a bit of a foregone conclusion that James Conner is going to repeat his 2018 and be a valuable RB in 2019. However, this team is very different than it was last year. The departure of AB, the selection of Benny Snell in the 4th round, and the subsequent comments about sharing touches in the backfield leave some questions. It’s possible that Conner sees a major dip in efficiency and opportunity that could push him outside the top 20.

The path to this take being true is relatively clear. The Eagles have a high-powered offense, Doug Pederson likes to use a RBBC, and Howard is the closest to a goal-line RB that the Eagles have.

These takes could both be true. Pettis is poised to be the top WR option on what we think will be a good offense, and showed the ability to produce before being injured in 2018. As for Kittle, it would likely be a combination of having more mouths to feed in SF, and other TEs having good seasons. It’s not hard to see Kelce, Ertz, Engram, Henry, and OJ Howard finishing in the top 5, which means that only one TE would need to “breakout” to push down Kittle. I don’t think it is likely to happen, but there is a scenario where it could.

With every passing day, and every new AB news story, these takes don’t seem as spicy as they likely once were. Antonio Brown is possibly the most talented WR in the league, but he’s far from the smartest. And now, with a reported team suspension or possible release looming, it is very possible that he will finish the season outside of a WR2.

Kenny Golladay has become a bit of a polarizing player. Some have all but anointed him as the next star WR, while others don’t think he is anything special. If the Lions spread the ball around and focus more on the running game, it is easy to see Golladay missing the top 24 WRs. As for Hockenson, we rarely see rookie TEs contribute, but we also know that it doesn’t take an immense amount of production to finish as a top 10 TE. Hockenson certainly has the talent to be a future top level TE, it wouldn’t be crazy to see him in the top 10.

Now these takes are getting real spicy. Is it likely that Lamar Jackson finishes in the top 5 at QB? No. But would it be crazy to see a running QB vault himself into the top 5 with big rushing numbers? No. We saw Cam Newton have a relatively mediocre passing season his rookie year, and finished in the top 5 in most all formats. As for Mark Ingram, the most likely scenario here would be an injury, and I’m not going to try to predict that, but it wouldn’t be insane to see Ingram lose rushing production to the aforementioned Lamar Jackson. Furthermore, the Ravens have talked about the “hot-hand” approach, which could be very detrimental to Ingram

I think these two takes go somewhat hand in hand. If Sony Michel runs like he did in the playoffs, leading the NFL in rushing yards is certainly possible. Additionally, Sony was a decent receiving back at Georgia, so an increased role in the passing game could push James White down. We know the Patriots recently have liked having more defined roles for the RBs, but they also have not had anyone that was a true 3-down back. Adding Damien Harris to the mix could muddy the waters for White.

As a biased Fournette owner, I can very much get behind this take. But, this is an opinion that many people share. The biggest hindrance to this happening is the health of Fournette. He’s struggled with injuries since college, but when healthy he is a beast. If the Jags actually use him more in the passing game, his ceiling might be even higher than this.

A few weeks ago this would have been an incredibly spicy take. But, after the addition of LeSean McCoy, the water seems rather murky. The Chiefs RB role is a conducive to fantasy production, but the issue here could be who exactly has that role, or for how long do they maintain it. It is possible to see a scenario where Williams, McCoy, and Darwin Thompson all have roles and none actually have great value.

The Bengals are one of the teams that have the biggest range of outcomes. One is that Zac Taylor can replicate the offense that he ran with Sean McVay. If that is what happens, it’s easy to see Dalton finishing top 15. That is a big “IF”, but it is possible. Another possible outcome is that the Bengals offense is bad. AJ Green is likely out several weeks, so he won’t be in the top 12 at WR. So, the player most likely to finish in the top 12 is Joe Mixon. But, the Bengals have a questionable offensive line, and it wouldn’t be too crazy to see Mixon take a step back in 2019.

We don’t exactly know what kind of offense the Packers will have under Matt LaFleur. We do know that he is a part of the holy Sean McVay coaching tree, so it is possible that the Pack will have a high-powered offense. Aaron Jones is the best RB on the Packers roster, so if they are able to give their offense a much needed face lift, Jones could be a huge beneficiary.

Phillip Lindsay came out of nowhere in 2018 to finish as a fringe RB1. Could he just as quickly disappear to outside the top 24? It’s possible, but I don’t think it would be because of him losing his job. The way path to this happening is if Freeman gets a bigger share of the RB touches, and when Riddick returns, he takes more of the passing work.

Someone has to score fantasy points for the Dolphins in 2019, why not Albert Wilson? This team is going to be bad, but that doesn’t mean they won’t have players relevant in fantasy. There really are no reliable WRs on this roster. Albert Wilson signed for a decent amount of money a couple years ago, and it wouldn’t be crazy to see him lead this team in receiving. As far as a top 12 player, I think the only player that will have a chance to reach that level is Kenyan Drake, and I consider that a bit of a longshot.

This take is really just a question about if Derrius Guice will be a top 12 RB. Possibly Jordan Reed at TE, but he’s already hurt. I think that Guice is going to have a good year, but there are so many RBs that are pushing for the top 12, that it’s pretty easy to see a scenario where Guice misses it.

This is an interesting take. After the extension, we have to assume the Cowboys are going to feed Zeke like he’s never had Cereal before. But, does that mean that Pollard can’t have value? No. In 2018, the RB 36 only averaged 9.1 points per game. If Pollard can steal a few rushes and carve out a receiving role, this is doable.

The Chris Godwin hype-train is nearing an uncontrollable velocity. The reports from Tampa have been nothing but praiseworthy for Godwin. Couple that with DeSean Jackson leaving town and the fantasy friendly Bruce Arians offense and you have an unstoppable force of love for a guy who is set to disappoint. Outside the top 30 is a very spicy take, but he wouldn’t be the first WR to disappoint after being way over-hyped in the off-season.

Somebody check on Rich, he might lose his mind if he reads this. Obviously the 0.5 PPR scoring cools down the temperature of this take a bit, but this is still very spicy. We aren’t exactly sure what kind of offense the Titans will have, but if the Titans commit to using Henry like they did at the end of 2018, he could put up big numbers.

Give the team a shout out on Twitter @dynastynerds. Are you in the #NerdHerd? Join for just $2.99 per month you get exclusive consensus rankings, buy/sell tool, extra podcasts and more good stuff to help you win your dynasty leagues.

Who is the Next Phillip Lindsay?
Cut Survivor: Patrick Laird