Follow along as @DynastyFF_KyleM reviews his biggest hits & misses from the 2019 season! He explains his process and how it can be improved moving forward. 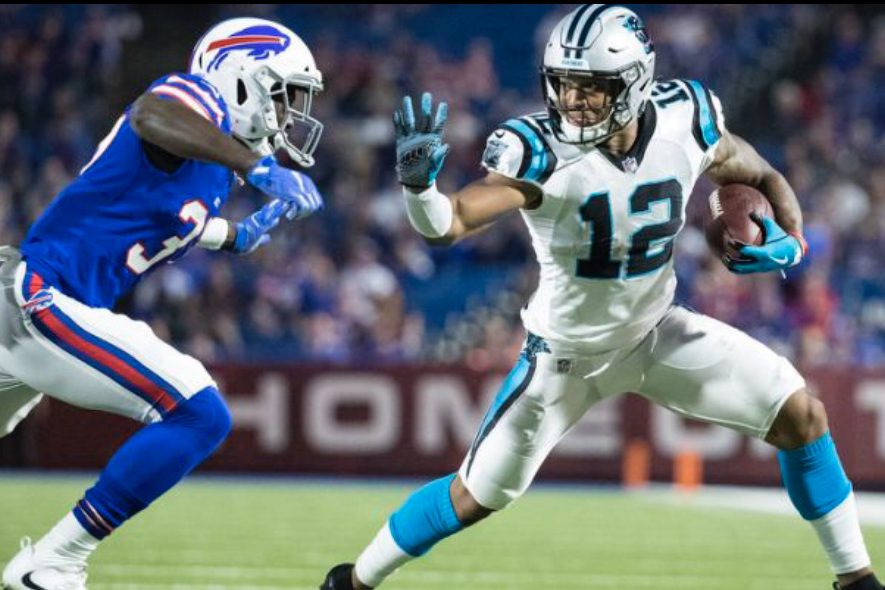 Ever since my first year playing fantasy football, I’ve always made it a point to jot down my top predictions for each upcoming season. This wasn’t so I could brag to my league mates when I was right or rag on myself when I was wrong. I needed some way to hold myself accountable and track my fantasy takes to ensure I was improving every year. This way always made the most sense to me.

This season was different though. With 2019 being my first year as a fantasy “analyst”, I couldn’t exactly keep my takes to myself as I’ve done in years past. The pressure had heightened. So you may be wondering, why even write this article? All the things I’m planning on talking about here already happened, why not focus on predictions for next season? As I stated earlier, this is all about process improvement. Every bit of it. What mistakes did I make this year, what are a few things I did right, and how can I increase my hits while decreasing my number of inaccurate takes moving forward? In reality, I’ve posted more takes on Twitter in the past year than I can count. So I’ve decided to split this article into two sections: three major hits and three major misses. Starting with the misses, let’s get right to it!

By no means am I writing off N’Keal Harry as a worthless dynasty asset. In fact, he’s one of my top buys this offseason (depending on price, of course). But it’s safe to say that I was wrong in having him as my 1.01 in non-Superflex rookie drafts. I don’t feel that this was a “miss” in the sense that Harry’s a bust and I should’ve had him lower in my rankings; far from it, actually.

This was a miss because rookie running backs provide immediate value far more often than rookie wide receivers. If given the necessary draft capital, it’s likely that an RB will produce right off the bat, which in turn increases his value just a few weeks into his rookie season. Receivers, on the other hand, tend to not hit their stride until their 2nd season in the NFL. Although Harry may have been my top overall rookie prospect, the correct process would have been to select the RB with first-round NFL Draft capital (Josh Jacobs) since he is almost guaranteed to peak in value before the WR with first-round draft capital (N’Keal Harry). Without a doubt, I should have entered the rookie draft process knowing I would’ve been able to flip Jacobs for Harry+ right around Week 3 or 4 of their rookie season. From now on, it’s important for me to always keep in mind that value is king. We have years and years of data, we know how the trends typically play out; trust the process!

Don’t even get me started on Derrius Guice. Coming out of LSU, he had the profile of a stud running back at the next level. Absurd power, contact balance, breakaway speed, underrated pass-catching ability, Guice had the whole package. But when the injuries began to pile up in the NFL, it was easy for me to write them off as “fluke injuries”. I wanted to see Guice succeed so badly, I allowed the rose-colored glasses to cloud my perception and continuously make excuses for why he wasn’t putting up stud numbers.

Similar to N’Keal Harry, I’m certainly not insinuating that Guice will fizzle out in the NFL. I still think he’s supremely talented, I expect his situation to improve next year, and I’m keeping my fingers crossed that he can string together a healthy 2020 season. However, the fact that my Guice fandom led me to ignore the glaring negatives resulted in a value loss across my leagues. It’s important to hold strong to your opinions, live and die by your spicy takes. But the minute you find yourself making excuses for players you like and unnecessarily negative associations for those you dislike, it’s time to re-evaluate your process. And speaking of players I didn’t like…

Oh, Derrick Henry. No single player has made me look more foolish this year. But I couldn’t be happier about it, he is an absolute blast to watch for so many reasons. I didn’t feel this way in the preseason, however, when I advocated for dynasty owners to sell Henry coming off a mammoth finish to the 2018 NFL season. And yes, he lit the world on fire during his final four games of that year, totaling 606 yards and 7 touchdowns over this brief span. But let’s not forget that he didn’t top 65 yards from scrimmage until Week 14 of the 2018 season, only accumulating 12 total catches in these 13 weeks.

Simply put, I saw Henry as nothing more than a big, fast, one-dimensional running back who was game-flow dependent and already entering his fourth season in the league. My mistake was not accounting for the fact that he was literally bigger and faster than everyone; all Henry needed was a capable QB in Ryan Tannehill running the offense. I doubt Henry’s value will ever be higher than it’s been over these past few weeks, but this doesn’t change the fact that I completely whiffed on a player that’s recently entered the “best RB in the league” conversation.

Let’s move on, enough with the negativity. On to the hits!

1) If there’s one thing I preached this past offseason, it’s that Day 2 WRs (meaning they were selected on either round two or round three of the NFL Draft) coming off an underwhelming rookie season are my favorite dynasty buys. Every year it’s like clockwork. The NFL success rate of WRs taken on Day 2 is simply too high to ignore, especially when presented with the opportunity to buy these players cheaply. My three biggest buys in this category this past offseason were Michael Gallup, DJ Chark, and James Washington.

Alright, so maybe Washington didn’t provide the best return on investment. He’s not a bottom-of-the-barrel dynasty asset by any means, I like him quite a bit as a bounce-back candidate in 2020. But he wasn’t a dynasty-altering asset in 2019. Michael Gallup and DJ Chark, on the other hand, were exactly that. If you invested in Gallup and/or Chark in the offseason, not only did you lock up a 23-year-old dynasty WR2 for years to come, but you did so for dirt cheap. Buying players in this category has been my go-to strategy for years, and I don’t see it changing anytime soon.

Heading into the 2019 season, Derrius Guice was one of my top RB buys. But you already know about all this. Fortunately, I made up for that unfortunate take with my top offseason buy at wide receiver being none other than the 22-year-old WR1 himself, DJ Moore. I won’t go too in-depth regarding my reasoning for buying Moore a year ago because it’s all outlined here in an old article of mine, but I’ll give a quick synopsis.

College prospects of Moore’s caliber only come around a few times in a decade. No, I’m not speaking hyperbolically. And it doesn’t matter if you’re a film grinder, an analytics junkie, or both. Watch the film, you’ll see an explosive receiver with the football IQ to find holes in defensive zones and the natural ability to transform into an elusive, YAC monster in a split second. Check the numbers, you’ll be shocked to find that Moore lands within the 97th and 98th percentile in college dominator rating and breakout age (the most sought-after WR metrics), respectively. For these reasons, many others were also high on him entering the 2019 season. However, when I stated the last offseason that I expect Moore to be a consensus top 10 dynasty receiver by the time the season concludes, I was called crazy even by his biggest truthers. Flash forward one year later and he’s WR9 in ADP on the majority of dynasty sites. In all my years playing dynasty, few hits have been as satisfying as this one.

Did I mention something earlier about few hits being as satisfying as my DJ Moore prediction? Well this might be one of those few. Last offseason, I hopped on the Destination Devy Podcast with Ray Garvin to record our “preseason predictions” episode. When we reached the portion of the pod where we gave our prediction for the “biggest riser” in college football for the 2019 season, I went with a soon-to-be Sophomore WR who put up a respectable, yet unspectacular Freshman campaign. A receiver who posted a stat line of 23/313/3 over a 10-game span the previous year.

I went with LSU wide receiver Ja’Marr Chase. You probably know him as the 2019 Biletnikoff Award winner (awarded to the best WR in the nation), the 2019 CFB National Champion, the receiver that put up 84/1,780/20 in his Sophomore season, and the 1.01 in devy leagues. It’s safe to say that despite my Chase fandom entering the season, I didn’t quite see a blowup of this caliber coming. Heck, Ja’Marr Chase’s mother didn’t even see this coming. But I’ll take what I can get!

All things considered, I think 2019 was a pretty great year. I put myself out there as a first-time analyst and while not every prediction went my way, I feel really solid about my hit rate. But that isn’t the point of this article. A pat on the back is nice occasionally; let yourself know you’re doing something right. The goal here is to focus on the misses though, all in an attempt to grow into a better fantasy football player. Every year we’ll have our fair share of whiffs, and that’s okay. As long as we strive, every season, to turn this year’s misses into next year’s hits.