An in-depth breakdown of five wide receivers with the opportunity to flip their team’s depth chart in short order. 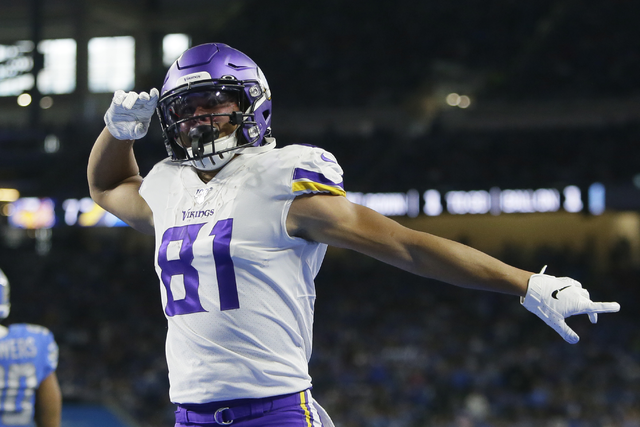 Digging deep at wide receiver isn’t easy. Vacated targets do not lead to opportunity, and when an injury happens, the quality of a player stepping up behind the injured player is not always equal. With these pillars in mind, there is still gold to mine. There would be training camp buzz in a typical offseason, beat reporters sharing pieces about who is impressive during camp, and teams would be having daily press conferences spotlighting players who are in the best shape of their life. Unfortunately, the pandemic will limit the amount of information dynasty owners usually have at their fingertips, and everyone will have to dive deeper than ever before.

As the title insinuates, I will be diving deep into the depth charts across the NFL to highlight who could emerge as fantasy contributors. While reading this article, I am focusing on ambiguous situations where there could be a significant change quickly.

This thought experiment isn’t challenging. The 49ers don’t have much available on their depth chart. While Pettis isn’t exciting, he does have elements of his profile we can embrace. Pettis has Day 2 draft capital from the current 49ers brass, and in 2018, Pettis finished his season with six games of five targets or more. There have also been positive reports of Pettis coming into training camp hungrier than ever.

The Arizona Cardinals have a quizzical group of pass-catchers. DeAndre Hopkins is the clear lead dog but is new to the team. Christian Kirk has plenty of ceiling and could compete for a quality target share in the offense. Additionally, Larry Fitzgerald saw his lowest number of targets when playing a full 16-game slate in 2019. There isn’t even a tight end of consequence on the squad. The opportunity is open for Isabella. He is heading into his sophomore season, has the best athleticism on the team, and has a unique college profile. If he has a firm grasp of the offense, Isabella can be a game-breaker for dynasty rosters.

With the Philadelphia Eagles wide receiver depth chart decimated, an opportunity is knocking at Arcega-Whiteside’s front door. Diving further into Arcega-Whiteside’s profiler, there are plenty of reasons to project positivity moving into year two. As I began, the opportunity is ripe with the Eagles. Looking deeper, recent camp reports have been positive. He draws a great matchup Week 1 against the Washington Football Team, held a 17.8 average depth of target (aDOT) in 2019, and had a great college production profile. Similar to Isabella, the stars could be aligning for this second-year wide receiver to begin his breakout.

John Brown is probably one of the most underrated wide receivers in the NFL. Brown finished 2019 seventh in air yards, with over 1,000 yards receiving, and now has Stefon Diggs taking coverage away from Brown. Also, John Brown’s role will not change with the arrival of Diggs. Brown primarily worked outside, and Diggs focused on working in the slot. This means Cole Beasley will likely be seeing less time on the field, while Brown will not see a reduction in his snap percentage.

Furthermore, it is realistic for us to forecast another step forward for Josh Allen. From years one to two, Allen improved his yardage, touchdowns, and completion percentage. With all of these elements converging, John Brown may be in for another solid season.

There are so many questions with the Minnesota Vikings offense. Can Adam Thielen, entering his age 30 season, put up another 150-target season? Will Justin Jefferson, as a rookie, be able to surpass a seasoned vet? At the price, there is little downside to adding Johnson immediately. He has secured a starting role on an offense with over 100 vacated targets and has a solid athletic profile. Johnson’s 2019 production, per playerprofiler.com, saw double-digit routes every week but two. With Stefon Diggs out of the picture, Johnson might be the secret downfield weapon the Vikings need to add to their offense.

Far removed from his prime in Green Bay, Cobb has found a new home in Houston after one of the quietest 800-yard seasons in the NFL. Cobb was primarily working out of the slot as a reliable outlet for Prescott. Now he is moving to another situation, with the Houston Texans, that needs a dependable pass-catcher.

When going through this thought exercise, I wanted to expand on players who are in ambiguous situations, and there are questions about the surrounding cast. Finally, here is a quick list of wide receiver groups I would be targeting who do not have targets available.