TDs come and go, but opportunity can be consistent. @DynastyJon highlights players that can be expected to positively regress in the TD department, based on their 2019 usage in the RedZone! 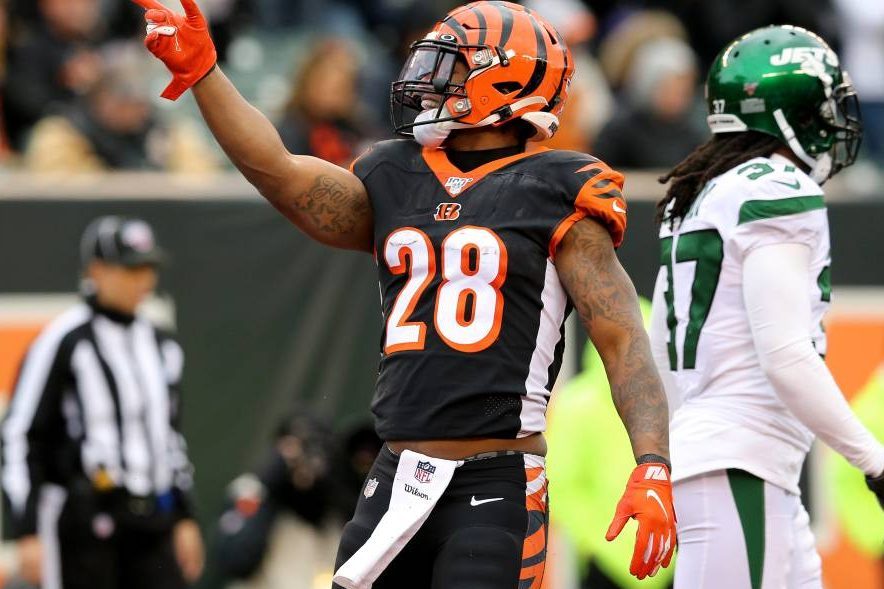 We all know that TDs come and go. Likewise, each year there are guys who receive a lot of RedZone opportunity but can’t quite punch it in. This article aims to highlight a few players who should positively regress in 2020 if they receive the same RedZone workload as 2019.

Firstly, a couple of RBs…. Leonard Fournette and Joe Mixon. Fournette ranked 6th in RedZone rushing attempts this year with 46. Only Ezekiel Elliot, CMC, Gurley, Chubb, and Dalvin Cook had more attempts. However, on those 46 attempts, Lenny Fourns only pounded in 3 TDs. In comparison, Zeke had 11, CMC had 11, Gurley had 12, Chubb had 6, and Dalvin had 12. Easy to see the statistical outlier there. After a relatively impressive 2019 season, it’s unlikely the Jaguars bring in a high-level competitor for Fournette’s job. As long as he remains healthy, opportunity should be ripe once again.

Mixon is in a similar boat. He ranked 10th in the league with 41 rushing attempts but only converted 5 TDs (Tied for 20th). In a terrible situation this year, Mixon showed plenty of promise and raw talent. With Joe Burrow inevitably under center next year along with some O-linemen returning from IR, there should be even greater opportunity for Mixon in 2020.

Now, there are quite a few WRs I expect will have greater fortune breaking the plane next year. The primary culprits are Davante Adams, Courtland Sutton, Deebo Samuel, and Mike Williams.

After double-digit TDs the last 3 years, Davante Adams only reeled in 5 in 2019. This was in part due to injury, but he still ranked 3rd in RedZone targets with 23. Only Tyler Lockett and Michael Thomas had more. Adams has a proven track record of producing consistent TDs over the last few years, so I’m confident he’ll bounce back.

Sutton wasn’t too far behind Adams in RedZone targets. The young Denver wideout finished 20 RedZone targets which tied for 7th. That being said, he only finished with 3 TDs. That can largely be attributed to the shaky QB situation for most of the year. Maybe Drew Lock continues to develop, or they bring someone else in? Either way, there should be more accuracy with Lock than ducks from Joe Flacco.

Deebo and Williams both share a peculiar fate. Both receivers ranked 12th in RedZone targets for WRs but finished with 1 RedZone TD each (tied for 72nd). This was Deebo’s rookie year and we didn’t see him get into stride until the second half of the season, but we have seen TD production from Williams in 2018. Many expected Williams to negatively regress from his 2018 TD total and ultimately his average is probably somewhere between 2018 and 2019.

As to why this information is useful; it may help you identify players who could be about to experience a statistical and fantasy uptick in 2020 with more consistent TD production. Plan accordingly when valuing these assets. There are many others in a similar boat so I suggest you take a deeper look at the correlation between RedZone rushing attempts or targets, with touchdowns.