In the final installment of the series, @FF_MarvinE re-evaluates the rookie QB opportunity landscape heading into the 2020 season. Which rookie QBs are set to produce immediately? 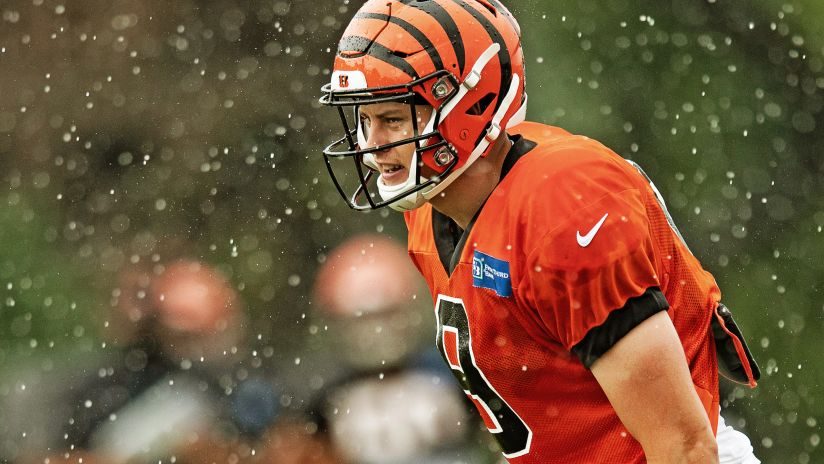 In the final installment of the rookie opportunity series, we will re-evaluate the rookie QB opportunity landscape heading into the season. Which QBs could be fantasy contributors right out of the gate? If you have followed along, you are already familiar with the “formula” for rookie success. In short:

If you have missed the last couple of articles in this series, be sure to check out my:

We now shift our focus to the QB position. Every year, we have at least one or two QBs that emerge as potential fantasy starters or streamers. Last year, we saw Kyler Murray, Daniel Jones, and Gardner Minshew emerge. The prior year, Baker Mayfield and Josh Allen burst onto the scene. Heading into the 2020 season, which rookie QBs can fantasy players rely on? Let’s dive in!

Below is my pre-draft list of ideal QB landing spots:

In addition, below are 3 teams that were one or two free agency/draft moves away from becoming an ideal landing spot:

After the initial wave of free agency, here were the remaining impact free agents heading into the draft:

We now know that Derek Carr will remain the starting QB for the Las Vegas Raiders, which essentially removes him from the equation above. In addition, Jameis Winston, who I projected to be an excellent signing for a team, settled for a backup role with the New Orleans Saints. While that signing may not yield to fantasy production this year, if Brees retires, Winston could be the heir apparent in an explosive offense. Let’s dive into each of the four remaining landing spots and review how each team addressed the QB position!

Cincinnati Bengals: The Bengals were one of the more ideal QB landing spots, making this the most predictable pick in the 2020 NFL draft. With the first overall pick, the Bengals took LSU QB Joe Burrow, who had one of the most historic seasons in 2019.

In his senior year, he made his mark in the college football record books. His final year at LSU ranked 1st in passing TDs (60) and 1st in total TDs (65). In addition, it also ranked 3rd in total passing yards (5,671) and 2nd in single-season completion percentage (76.2%). Furthermore, his 2019 CPOE (Completion Percentage over Expected) of +15.6 ranks 2nd since 2011, only behind Russell Wilson’s final year at Wisconsin (per Josh Hermsmeyer). Burrow had a truly dominant season, capping it off with a Heisman Trophy and a National Championship.

He now enters the NFL in one of the better landing spots with plenty of receiving weapons. We know that A.J. Green, if healthy, is one of the best W.R.s in the league. Tyler Boyd will remain a staple in this offense as a rock-solid option out of the slot. And opposite of Green, Burrow will have either Tee Higgins, Auden Tate, or John Ross as his WR3. From the backfield, he can rely on Joe Mixon to be a pass-catching option as well. And finally, the offensive line will also be improved with 2019 first-round tackle Jonah Williams returning from injury. I expect Burrow to be an outstanding streaming option for 2020, with the potential to become a weekly starter long-term for your dynasty teams.

Los Angeles Chargers: Philip Rivers has signed with the Colts, making Tyrod Taylor the starter entering the season. Regardless, it was always expected that they would take a QB in this year’s draft. And sure enough, with the 6th overall pick, the Chargers took Justin Herbert out of Oregon. What jumps out immediately with Herbert is his size and athleticism. Herbert ran a 4.68 40-yard dash while measuring in at 6’6″ and 236 lbs. Among QBs, he also finished 2nd in the vertical jump (35.5 in) and third in the broad jump (10’3″) – which equates to a 123.6 burst score (91st percentile).

Aside from Cincinnati, the Chargers might be the 2nd best landing spot on this list. Once Herbert starts for this team, he will have Keenan Allen, Mike Williams, Austin Ekeler, and Hunter Henry to throw to. Not too shabby if you ask me. Also, their offensive line will be much improved after the additions of Trai Turner and Brian Bulaga. However, Herbert is still very much a raw prospect. While he boasts tremendous arm strength and mobility, several scouts have voiced their concerns regarding his accuracy under pressure. If we look at his career CPOE, he finished at exactly +0, indicating he was a mostly average passer in college. Therefore, I expect Tyrod Taylor to start for the first several weeks, with Herbert potentially starting later this year.

Miami Dolphins: After finishing the season with a 5-11 record, it was evident that the Dolphins would look to the draft to find their franchise QB. They selected Tua Tagovailoa out of Alabama, who some projected to be the first QB drafted before his devastating hip injury. Thankfully, the reports out of camp have been positive regarding his health and ability to participate in practice.

If Tua can stay healthy, his upside as a passer is tremendous. In his final year at Alabama, he would finish with a 99th percentile QBR (94.8) and 97th percentile yards per attempt (11.3). His Junior year also ranked 1st since 2011 in EPA (Expected Points Added) per pass play (0.69). And over his three-year career, he would throw for 87 passing TDs with an impressive 7.9 TD to INT ratio.

Compared to the Bengals and Chargers, the Dolphins are a slightly less appealing landing spot. While they did retool their offensive line via free agency and the draft, the Dolphins do not possess that elite difference-maker at receiver or running back. Regardless, the Dolphins have five picks in the first three rounds of the 2021 NFL Draft. I expect them to reload their offense next off-season, making Tua a potential breakout candidate in 2021. Be patient with Tua, and prepare for Ryan Fitzpatrick to potentially start the whole season. I expect Tua to start the last six games of the year, though I readily admit that it may be an optimistic projection.

Considering both the Eagles and the Packers are tied to QBs under long-term contracts, it was extremely baffling to see them spend high draft capital on the QB position. And while neither of these players are expected to contribute in their rookie years barring any injury, they are much more valuable from a dynasty perspective.

Green Bay Packers: As a Packers fan, I was speechless when I heard the announcement that Green Bay traded up in the first round… to draft a QB. With the 26th pick, the Packers selected Jordan Love – QB out of Utah State. Aaron Rodgers is no longer the QB he once used to be, but he also is under contract for the next four seasons. Per Spotrac, the earliest the Packers could move on from Rodgers is after the 2021 season (reduced cap hit), making this draft selection even more baffling.

As a prospect, Love possesses impressive arm strength and mobility, with the ability to make some jaw-dropping throws. However, in his Junior year, he was extremely inconsistent and inaccurate. But as I mentioned in my Green Bay Packers fantasy forecast, Love’s final season was hampered by coaching changes, adapting to several new receivers, and dealing with an inexperienced offensive line. His upside could very well be his Sophomore year, where we saw him throw for 32 TDs and only 6 INTs. Hold onto him in dynasty, but do not expect him to contribute until after the 2021 season.

Philadelphia Eagles: Another shocking pick from this year’s draft was the Eagles’ selection of Jalen Hurts at 53rd overall. Hurts transferred to Oklahoma after losing the starting job to Tua in 2018. As a Sooner, he threw for 3,851 passing yards and 32 touchdowns in his final year in college. But what stands out the most are his 233 rush attempts, 1,298 rushing yards, and 20 rushing TDs. He can extend plays, which, for fantasy purposes, is extremely valuable.

Like the Packers, the Eagles recently signed their franchise QB Carson Wentz to an extension that has him linked to the team until 2024. So assuming Wentz remains healthy, I do not expect Hurts to contribute anytime soon. If he does receive the opportunity, Hurts could be a serviceable fantasy QB considering his rushing upside. Be sure to roster Hurts, especially if you have Wentz in your SuperFlex leagues. For now, temper your expectations as he will likely be the backup for the foreseeable future.

The 2021 QB class will feature some impressive prospects headlined by Trevor Lawrence, Justin Fields, and Trey Lance. Let us take a look at two potential landing spots that could provide a rookie QB with the opportunity to immediately succeed for fantasy.

Jacksonville Jaguars: Gardner Minshew was fairly impressive in his rookie year, finishing with 3,271 passing yards, 344 rushing yards, and 21 TDs while only starting 12 games. However, the Jaguars have traded away Calais Campbell, A.J. Bouye, and Yannick Ngakoue. And as of recently, they waived Leonard Fournette. This team got considerably worse this off-season, which might lead them to a top 5 pick in next year’s draft. And unless Minshew has an All-Pro season, I can’t imagine the Jaguars turning down the opportunity to draft an elite talent like Trevor Lawrence.

Chicago Bears: This landing spot will hinge entirely on how well Mitchell Trubisky and Nick Foles perform for the Bears this year. Earlier this off-season, Chicago declined Trubisky’s 5th-year option, which means he will be a free agent in 2021. I do not expect the Bears to finish with a bottom-five record, though I could still see them taking a QB in the early-to-middle first round. If the Bears re-sign Allen Robinson and improve their offensive line (ranked 22nd per PFF), a rookie QB could thrive in this Matt Nagy offense.

This concludes the Rookie Opportunity Series for the 2020 season! Hopefully, this series was insightful and helpful as you approached your off-season moves for your fantasy teams. As always, you can reach out to me on twitter @FF_MarvinE if you have any questions or suggestions. Also, be sure to follow @DynastyNerds for more articles from the team!