As the 2020 season approaches, @FF_MarvinE re-evaluates the rookie RB opportunity landscape in the 3rd installment of the series. 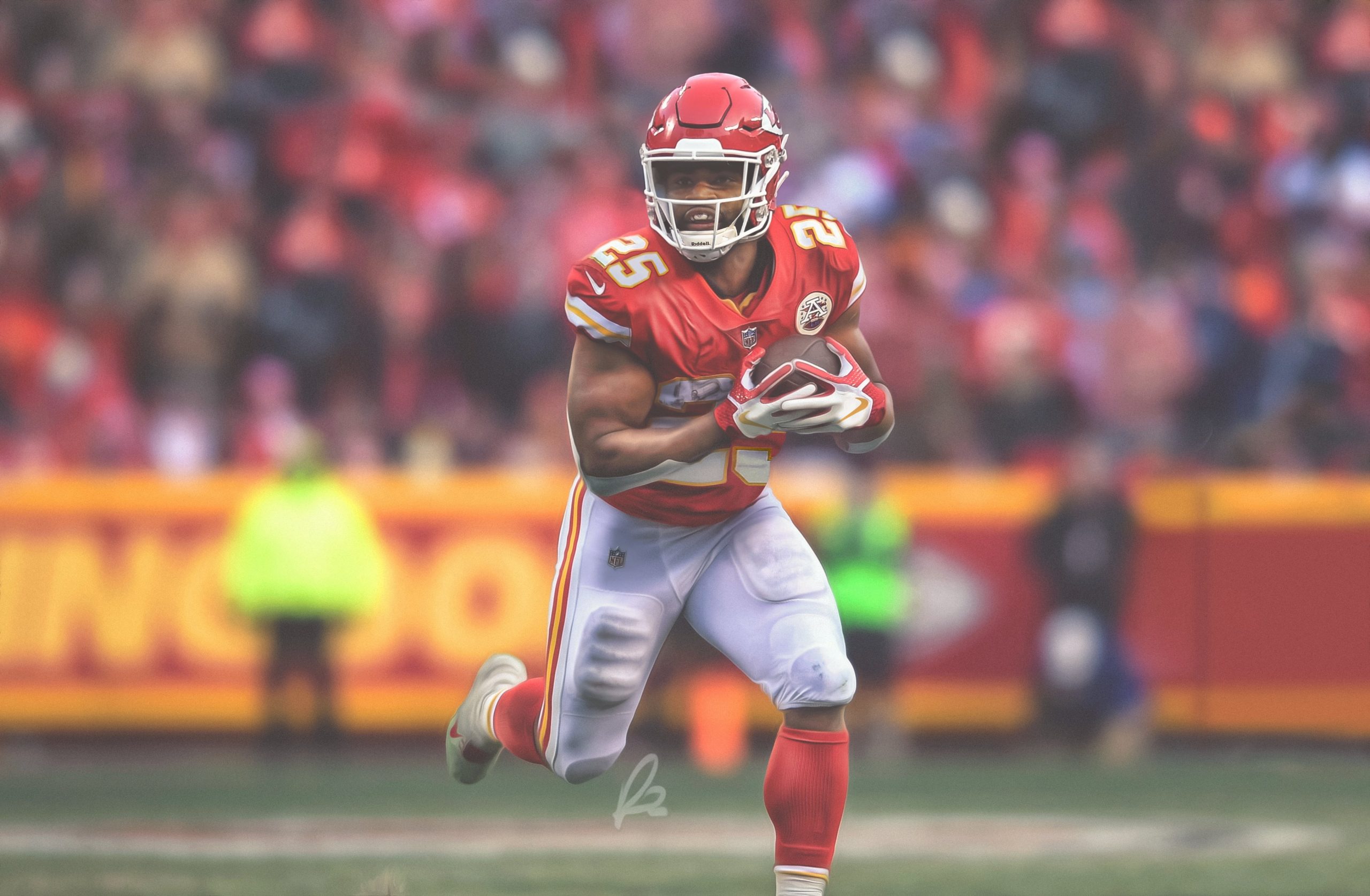 In my previous article in this series, I outlined that a rookie’s success in the NFL and for fantasy football is heavily reliant on three things: talent, draft equity, and having the opportunity to succeed. In short, the recipe for fantasy success is:

Now that the NFL Draft has concluded, we know where each of the rookies has landed. In addition, free agency and the COVID opt-out deadline have passed, and we now have a much clearer picture of each rookie’s path to opportunity. In the third installment of the series, I will review and provide projections for this elite RB class. Which RBs can you expect to be immediate contributors for your fantasy teams? Let’s dive in!

Initial criteria for an ideal Running Back landing spot:

Prior to the NFL Draft, I listed the following 7 teams as “ideal landing spots” even after the initial wave of free agency signings:

Prior to the draft, I had the following RBs as impact free agents that could assume the lead role if signed or traded for by one of the teams above:

Despite the rumors that Bell could be traded and replaced this off-season, we have since found out that he will likely stay with the Jets to start the season. This effectively removes the Jets and Le’ Veon Bell from the above equation. Devonta Freeman is currently still a free agent, and I no longer expect him to jeopardize a rookie’s current path to opportunity after teams have neglected to sign him all off-season. For now, let’s focus on the seven teams above and review how they each addressed the RB position.

Kansas City Chiefs: When making this call back in April, I assumed the Chiefs would draft an RB in the late 2nd or 3rd round. However, they would shock the world by drafting Clyde Edwards-Helaire with the 32nd pick in the NFL draft. This is arguably the best rookie landing spot for immediate and long-term success. CEH will find himself in a similar situation as he did with LSU, going from one explosive offense to another with the Chiefs. Especially with Damien Williams opting out due to COVID, I have CEH as a mid RB1 in 2020 due to his projected involvement in the receiving game. And if he proves himself this season, I can see him vault into the top 5 RB conversation for dynasty.

Washington Football Team: There were already some injury concerns with Derrius Guice, but a recent domestic violence case led to his immediate release from the team. In addition, Adrian Peterson was recently cut right before the roster deadline on September 5th! This clears a path to opportunity for Antonio Gibson, a Swiss army knife in his last season at Memphis. He provides this offense with much needed versatility and athleticism. And even though he is still a raw talent with only 33 carries on his resume, the team felt comfortable enough to move on from Peterson who many projected to lead this team in carries. I still expect Bryce Love and Peyton Barber to contribute in this rushing offense. However, I envision Gibson being heavily involved in both the running and receiving game for Washington, making him a sneaky pick in the middle rounds of your PPR redraft leagues. I project him to be a low end RB2 in 2020 with plenty of upside in dynasty!

Los Angeles Rams: When Todd Gurley was released, the Rams vaulted into one of my favorite RB landing spots. While Darrell Henderson remains in that backfield, I have some concerns as he couldn’t crack the rotation despite Todd Gurley’s decline in efficiency in 2019. And sure enough, the Rams used their first pick in the draft (52nd overall) on Florida State RB Cam Akers. Akers provides a blend of size, explosiveness, and speed to this Rams backfield.

My initial excitement for this landing spot stemmed from the fact that Gurley was the workhorse for this team for several years (21.5 touches per game). Unfortunately, Sean McVay’s recent comments suggest that they will utilize a committee approach. Coupled with the lack of OLine improvement via free agency or the draft (25th per PFF’s offensive line rankings), I have some reservations for this backfield. I expect Akers to lead this RBBC, with Henderson and Malcolm Brown likely still involved. If the Rams do utilize a Shanahan-esque committee, the lead RB can still provide fantasy value.

The teams listed above were not on my initial list of ideal landing spots. Primarily due to their current RB situation. In most cases, these teams already had a veteran that I assumed would retain the lead role for at least another season. However, they each invested a high draft pick in an RB. Let’s review some of the key rookies I expect to produce for fantasy immediately:

Detroit Lions: The Lions were an unexpected landing spot due to their recent investment in Kerryon Johnson, a 2nd round pick in 2018. After missing 43.8% of his games over the last two seasons, the Lions doubled down at RB by drafting D’Andre Swift with the 35th pick of the draft. Swift brings outstanding vision, great route running, and solid pass protection to this team. He is a dual-threat RB, finishing with at least 200 receiving yards in his last two seasons at Georgia. Unfortunately, in 2020, I expect this to be an RBBC. Long term, I project Swift to be the unquestioned lead RB, especially if Kerryon continues to struggle with durability.

Indianapolis Colts: This is, without a doubt, one of the better landing spots for an RB. While the tandem of Marlon Mack and Nyheim Hines was relatively productive in 2019 (1,691 scrimmage yards), the Colts took advantage of this deep RB class and selected Jonathan Taylor with the 41st pick in the draft. After an impressive career at Wisconsin, accumulating well over 6,000 rushing yards, he will join a Colts team that ranks 1st per PFF’s offensive line rankings heading into 2020.

Taylor boasts an impressive combination of speed, power, and burst. While he received limited opportunity to showcase his pass-catching in college, I believe he is more than capable of handling 20 to 30 receptions a year. This backfield will likely be an RB committee in 2020. However, it is important to note that the Colts ran 471 times last year (with 56 of those carries coming from Jacoby Brissett). With an ascending defense, I expect this team to stay competitive in games and transition to a very run centric offense. So even if Taylor is not the workhorse for the Colts in 2020, he should still receive a sizable workload. Expect a productive rookie season and a bright future for Taylor in Indianapolis.

Baltimore Ravens: Mark Ingram is approaching his 10th season in the league and is likely not the long-term answer at RB. The future of this backfield belongs to J.K. Dobbins, who was drafted with the 55th pick in this year’s draft. With Ingram’s 2021 cap hit a relatively low ($1.3 million), it seems very likely that the Ravens move on from him next off-season. That puts Dobbins the lead RB of this team. In the short term, I expect Ingram to lead this team in carries.

From a scheme fit standpoint, Dobbins and the Ravens are a match made in heaven. Dobbins led the RB class in RPO carries in 2019 (171), while the Ravens led the NFL in RPO rush attempts (230). This gives Dobbins a slight edge over some of the other rookies since he already has some familiarity with the Ravens’ offense. With Dobbins’s elusiveness and pass-catching ability, he should be a welcome addition to this already explosive offense.

After reviewing the 2020 rookie RB landscape, let’s take a quick look at two landing spots that I believe could provide the 2021 rookie RB class with an immediate path to fantasy relevance.

Miami Dolphins: Jordan Howard’s contract is not guaranteed beyond 2020. Matt Breida, who was acquired via a draft-day trade, will be a free agent after this season. I expected them to invest one of their 2020 picks in a top-end RB. However, they rightfully prioritized OL and Defense in the first three rounds. Howard and Breida will share the backfield this season, but I envision the Dolphins grabbing their featured RB in another loaded class in 2021. With a hopefully healthy Tua Tagovailoa, I could see a workhorse RB being extremely productive in this offense.

Atlanta Falcons: The Falcons moved on from Devonta Freeman. Then they immediately replaced him with Todd Gurley, who was cut by the Rams after five seasons. Gurley’s contract is a one year deal worth $5.5 million, so the Falcons could be looking for their long-term option at RB in 2021. In Dirk Koetter’s tenure as an OC, his lead RB has averaged 16.06 rush attempts and 2.17 receptions per game. Specifically, during his years featuring Maurice Jones-Drew, those numbers spike to 20.74 rush attempts and 2.83 receptions. If they were to invest a high draft pick in an RB, I truly believe they could thrive in this explosive Falcons offense.

Hopefully, you found this RB Opportunity recap helpful and insightful. With how elite the 2020 and 2021 RB class is projected to be, it will be interesting to see how many fantasy-relevant RBs emerge over the next couple of years. Stay tuned as I release the next article in this series, recapping the WR opportunity landscape heading into the season. As always, you can reach out to me on twitter @FF_MarvinE. Also, be sure to follow @DynastyNerds for more articles from the team!