A look at the top-10 rookie performers from Week 1 of the NFL. 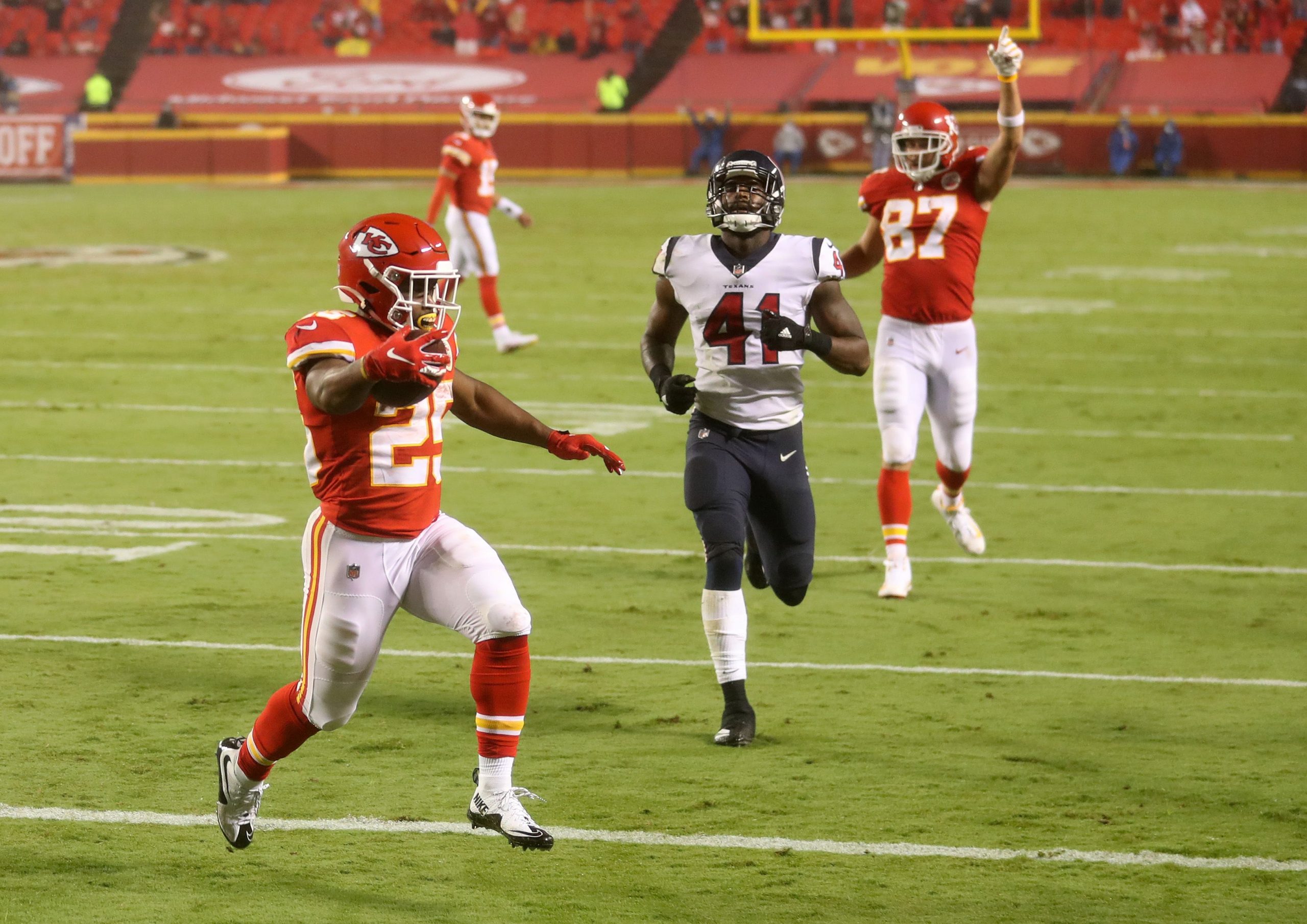 Tracking rookies throughout the season is essential. It can give you an edge with rebuilding your roster and allow you to add young players into trades your league mates may not value appropriately.

Overall, this was an impressive debut for the first runner taken in the 2020 NFL Draft. There is also a lot we can take from this performance. Above all, we can be confident the receiving game will come. In college at LSU, CEH finished the 2019 college season with 55 receptions. He is a productive and efficient pass-catcher and should see his role expanded in short order.

The Cleveland Browns were dead in the water fairly quickly in Week 1, but Dobbins found himself involved early as a change of pace. Additionally, and most importantly, Dobbins was getting his series. It was not only Dobbins coming in to give Mark Ingram a breather. The Ravens were actively giving Dobbins drives and letting him fill in at other times throughout the game. Dobbins’ role remains limited while Ingram is around, but he has a role and can be started in fantasy right away.

Context matters. I added a snap share line to this article because it is straightforward to look at a stat line and be impressed. I often look away from the stat line and look at the snap share. How often is the player making it onto the field? Are their snaps climbing or moving down? How are they being used? In this situation, I am still practicing cautious optimism. Kelley’s had positive camp reports and now is showing well on game day.

I would have preferred Marlon Mack to fumble the job away or for Taylor to outplay him weekly. Unfortunately, Mack has sustained a season-ending injury, and Taylor has now stepped into the Colts’ RB1 chair. While his stat line was not efficient, Taylor was involved in the receiving game, and there is plenty of optimism around his snap share rising. It is not often one rookie draft that can unlock two top-5 dynasty running backs, but we seem to be in the situation now.

Oh boy. We have a full-blown committee situation developing in Buffalo. After many offseason reports of Devin Singletary having ball security problems, Moss injected himself in the Bills lineup and was productive immediately. It is worth mentioning, Moss’ receiving touchdown was in the first quarter when the game was not out of hand. The Bills backfield could swing either way weekly.

What a challenging moment to end Week 1 for D’Andre Smith. Matthew Stafford threw a perfect game-winning pass into the endzone if you didn’t see it, and Swift dropped it. This moment was gut-wrenching to witness. At this point, the wheels are up for Swift moving forward. Even after dealing with injuries during the offseason, Swift is the third-down runner in the offense, and someone Stafford is comfortably turning to in challenging situations.

Out of all rookies mentioned in this piece, Robinson represents the highest snap share of them all. Robinson was not flashy, but he was just good enough. He didn’t break many tackles, but he was hard to bring down and showed good balance through traffic and arm tackles. Moving forward, I will still preach some level of caution. Ryquell Armstead is always looming in the background. I’m not saying go out a sell for a third-round rook draft pick. I am telling you to test the water to see what you can get for him.

The Dallas Cowboys have an impressive group of weapons. They can throw the ball to one of their dynamic wide receivers or running backs at any point in time. Even more impressive, Lamb has found his way on the field for over 80% of snaps.

After Ruggs’ first reception, a 45-yard reception, he was awkwardly tackled and landed on his knee. He also almost hit pay dirt after taking a deep crossing route to the 1-yard line. Great start for Ruggs and plenty of optimism moving forward. If not for the knee injury, Ruggs could’ve been closer to an 80% snap share and more stats on the board.

It was full systems go for Reagor following an injury-filled offseason. Reagor’s long reception was a deep reception down the middle of the field where he had a step on a defender and Reagor’s third target; he almost had another deep reception which could’ve gone the distance. The opportunity is there for Regor to flourish with a full complement of snaps and more time working with Wentz.

What does it all mean?

There were so many great performances. It should also be noted that eight of the ten players were taken on the first two days of the 2020 NFL Draft. Draft capital matters when it comes to early opportunities in the NFL. Yes, players can work their way into meaningful roles throughout the season, but if you want to reduce rookie draft mistakes, you should start by focusing on draft capital.

Thank you for taking the time to read my article. If you found any of the information in this article useful, give me a follow on Twitter @TimNFL. More great pieces can be found on the Dynasty Nerds website and don’t forget to subscribe to the DynastyGM. For the price of a cup of coffee you can see how your team measures up against your league, find a trade partner, and more. Enjoy seamless integration with MFL, Fleaflicker, Sleeper, as well as manual input for other platforms.