A look at the top-10 rookie performers from Week 2 of the NFL. 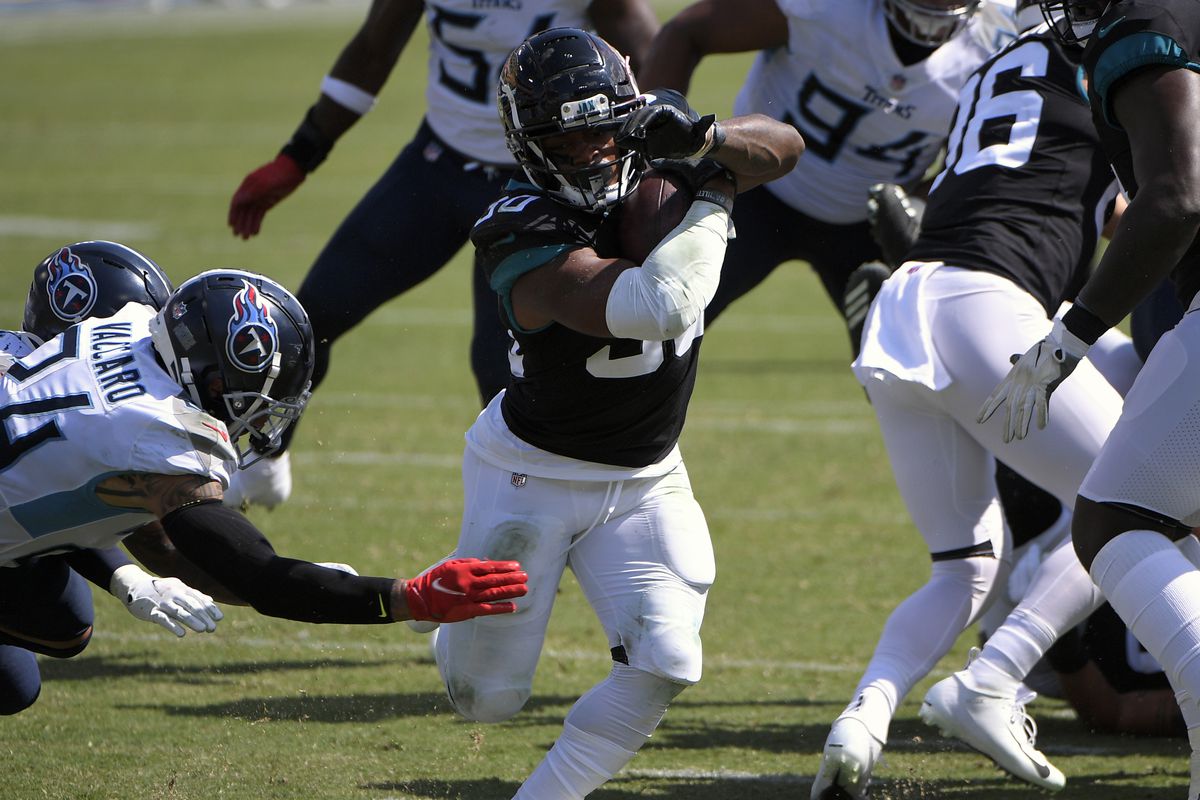 Tracking rookies throughout the season is essential. It can give you an edge with rebuilding your roster and allow you to add young players into trades your league mates may not value appropriately.

The information provided below is provided from FantasyData.com using their ppr filter and is written before the start of Monday Night Football.

Overall, this is more than I ever thought was possible for Robinson. Even with being spelled from the backfield by Laviska Shenault Jr. What is more intriguing is that there is no one else legitimately competing for touches at the moment. At the time this is being written, the next closest runner in rushing attempts is Chris Thompson with two. As long as Devine Ozigbo and Ryquell Armstead are out, expect Robinson to see a full complement of carries.

Things are picking up for the top-tier running backs in this class. While Taylor was spelled a little and his stats weren’t elite, he received a high snap share and had little competition for touches with Jordan Wilkins and Nyheim Hines. Even with all the concerns coming out, through 43 opportunities, Taylor has not fumbled the ball.

Week 2 started with a bang for rookie wide receiver Chase Claypool. On a simple fly route, Claypool was able to get behind his defender and create separation through his long speed. There isn’t much not to like about Claypool’s over the profile. Via playerprofiler.com, has above-average speed, burst, college dominator, college yards per reception, college target share, and high draft capital. His early production on limited usage should not be a surprise if we zoom out. This performance is also a testament to how well the Steelers develop receivers and how fast Ben Roethlisberger can develop chemistry with his young wide receiver.

The Dallas Cowboys offense we were hoping for is here. The Cowboys are running mostly 11-personnel, three wide receivers, one tight end, and one running back. Lamb is finding himself on the field on almost a full-time basis. If this continues to be the case, which there is no reason to expect it to stop, Lamb will be the third Dallas wide receiver with over 100 targets on the season. One of my favorite plays of the week, for Lamb, is on an off-sides play. It looks like defenders gave up on the play, and Lamb keeps running hard, allowing him to get behind the defense and pick up more yardage than the penalty. Additionally, if your league rewards special teams yardage, Lamb works as a punt returner and could provide some extra value there.

Another solid performance. On his first touch of the week, CEH ran well between the tackles and accelerated well through contact. Maybe more exciting about this game is the uptick in receiving work. In Week 1, CEH received zero targets, and he moved to seven targets in his second game. If the pass-catching work continues to be there, it will be hard for CEH not to be a top-10 runner in 2020 and a likely top 5 start-up pick next season.

A possible waiver wire add in shallow formats, Mooney has seen his snaps increase over the last two weeks and the touchdown connection for Mooney. He beat the corner and was able to flash his number for his quarterback to make a play. There has been a lot of positive buzz regarding Mooney, starting in training camp, and we should pay close attention to him as the successor to Anthony Miller.

The stat line should be telling about how well rookies performed overall in Week 2.  Fortunately for us, the stat line doesn’t mean the entire story of Gibson’s week. On Gibson’s touches, he was frequently touched in the backfield and showed the ability to break tackles and accelerate through contact. It is disappointing Washington did not utilize him more in the receiving game, but there are flashes for us to be excited about moving forward.

The Broncos have lost Cortland Sutton for the season and are now possibly going to lose Drew Lock for some time due to a should injury. While the floor won’t be too high due to other viable receiving threats in Denver, Jeudy likely finds himself in a situation with an increased workload every week. Watching Jeudy’s targets from the week, it is impressive to see the types of routes he is running. He frequently runs shallow crossers and gets good looks down the field—plenty of optimism for the future.

The creativity of playcalling is what will continue to keep Shenault fantasy relevant throughout the season. Now seeing over half the snaps in Jacksonville, Shenault must start weekly because of his physical attributes and big playability. At 27 routes, Shenault ran the second-most routes of all the wide receivers on this list. Great to see Jay Gruden being creative with this offensive weapon in the run and pass game.