A look at the top-10 rookie performers from Week 4 of the NFL. 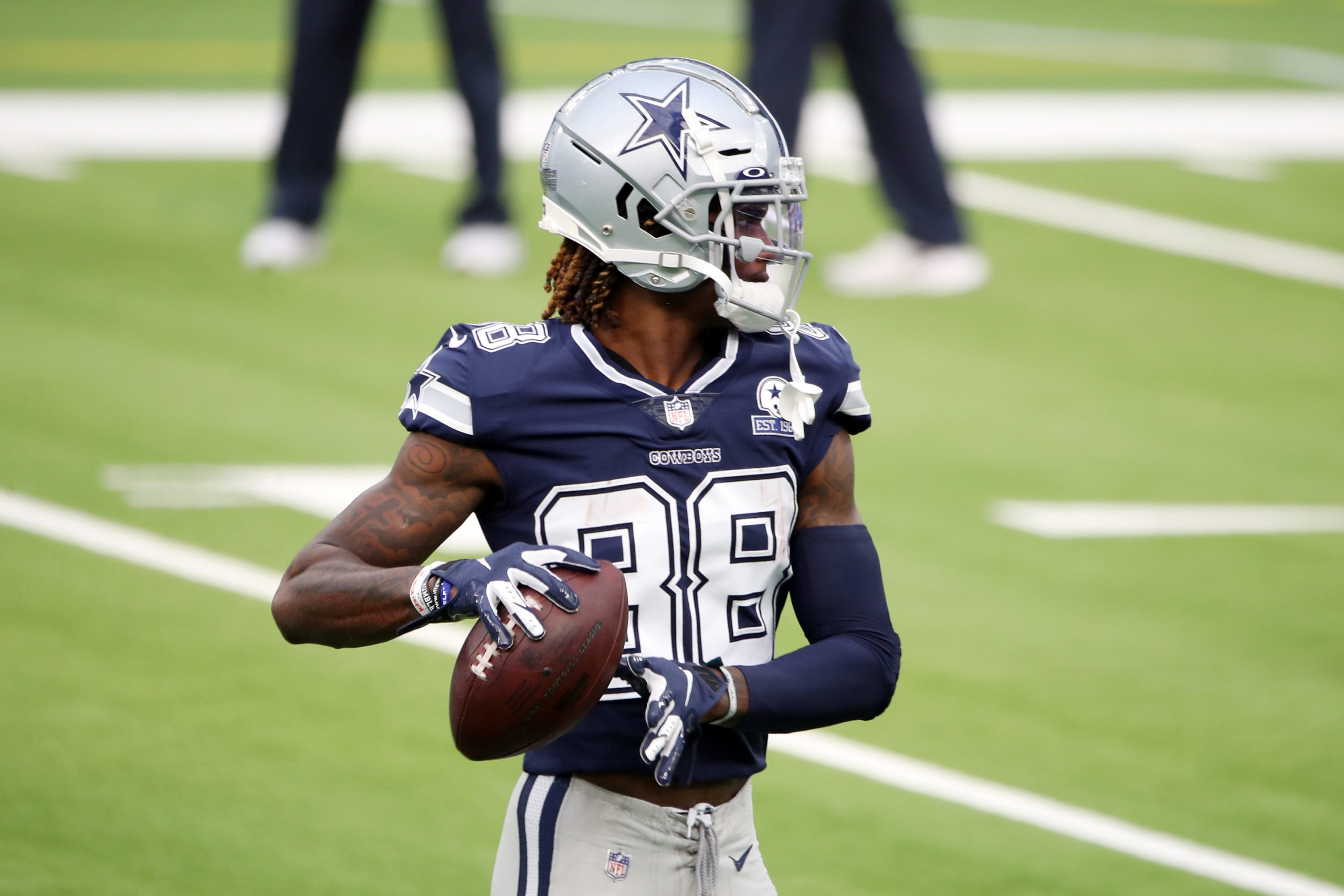 The rookies are a little more spread out in Week 4, but there are still two rookies in the top-12 overall. The bigger surprise on the week is the wide receivers taking center stage. In Week 4, seven of the top-10 rookies are wide receivers, and 21 of the 40 players reviewed in this weekly post are wide receivers. We knew coming into 2020, we had an outstanding running back class, but the wide receiver class was undersold. 2020 is the type of rookie class that can change a dynasty team’s entire trajectory for years to come.

Through four games, Dak Prescott has attempted the most passes in the NFL, and his defense will keep him at, or near, the top all season. This will help levitate Lamb into an amazing option weekly on one of the most potent offenses in the entire NFL. Lamb finished the day with a solid two touchdowns. The first was on a broken coverage down the middle of the field where Lamb split the safeties, and no one picked him up. His second score of the day came on a corner route in the end zone. The ball was perfectly placed, and the trailing defender didn’t have a shot.

I am going to nickname Antonio Gibson, Mr. Wizard. Every touch he has, there is little running room, or he has someone in his face as soon as he touches the ball. Right now, the Washington offense is living and dying at the hands of Gibson out of the backfield because no one else is giving the team quality touches.

Another solid week for Jeudy, who is on pace to be a top-24 wide receiver on the season with terrible quarterback play. Ask Allen Robinson how much he enjoys that world. I don’t think Jeudy’s standout play should’ve been called “Moss-ing” the defender, but it was a solid concentration play. Also, Jeudy’s other “two targets” were terribly thrown. On the first, Jeudy would’ve needed a rocket up his ass to catch it, and the second was thrown into a crowd of defenders for an interception. One more stat to keep an eye on for Jeudy will be his drop rate. Currently, he has a 16.7% drop rate, with four drops. I don’t believe this will be a longterm issue, but Jeudy did have issues with easy drops during his final season at Alabama.

I cannot talk enough about how much fun the San Francisco offense is to watch. For most offenses, an end-around is considered a trick play; with the 49ers, an end-around is considered part of the offense’s normal gameplay and flow. Watching Aiyuk work, it is also evident how he can be optimized within the offense. Like the other wide receivers for the 49ers, the best plays for him are in space and allowing him to work after the catch with the ball in his hands. In Week 4, Aiyuk’s highlight play was on a simple screen to the right side of the formation. He picked through traffic and levitated above an opposing defender to score the touchdown. This might have been the highlight of the week in the NFL.

I really don’t understand why the Detroit Lions offense doesn’t involve Swift more in the offense, but there are glimmers of hope. While only playing 31.3% of the Lions snaps, Swift has a 19.3% target share and has a 30% touch share. His overall utilization is only second to Adrian Peterson and far exceeds the usage of Kerryon Johnson. Zooming in on Week 4, Swift had 28 yards on his first three touches, all in the first quarter. Swift was given five additional touches throughout the remainder of the game.

Another professional performance for Robinson in Week 4. This is the rub with James Robinson; he is on a bad offense. A player like Swift is on a solid offense, and even on limited touches, they will have the opportunity to score. Their offense is less potent with the Jaguars, and drives are more likely to end without a score. This caps the ceiling of Robinson and leaves you with empty points, high yardage, and no touchdowns.

Everything is trending in the right direction for Jefferson. Jefferson had a snap share of 69.2% and 63.7% in the first two weeks and is now playing on over 77% of the snaps each week. Additionally, Jefferson has averaged over 10% of the Vikings’ target share over the last two weeks.

The Jaguars have a true offensive weapon in Shenault. He lines up everywhere on the football field and is part of the game plan each week. The one part of his game that hasn’t been unlocked is working downfield through no fault of his own. Unfortunately, with Minshew’s arm’s limitations, Shenault is used on screens and intermediate routes. The upside for Shenault is evident, but with Minshew at the helm, this offense will always be capped.

The usage for Higgins on limited snaps is impressive. Only playing half the time, Burrow looks for Higgins often and downfield. These two rookies, Joe Burrow and Tee Higgins, have a great connection, and it could be special for years. If you can buy Higgins at all, I would. Higgins has optimized the John Ross downfield role through four weeks, and if there is one more injury in the wide receiver group, Higgins may be fully unlocked.

Oddly enough, things start to break a little for Davis, but I don’t know how sustainable this is. Davis only received one target in Week 4 and is currently tied with Cole Beasley for the third-highest snap share at wide receiver on the team. On the good side, Davis has the third-highest target separation of wide receivers in the NFL, per FantasyData.com, and continues to be used down the field. Davis hasn’t hit his ceiling, but I would reach out and see what the market is for Davis in your league.

Week 4 hasn’t given us many different names. In fact, there have only been 20 unique names mentioned in this series. This means, each week, we are seeing repeat players hit this list and perform for our dynasty rosters. In fantasy football, where the landscape changes all the time, it is great to see who shows up each week for us.