A look at the top-10 rookie performers from Week 6 of the NFL. 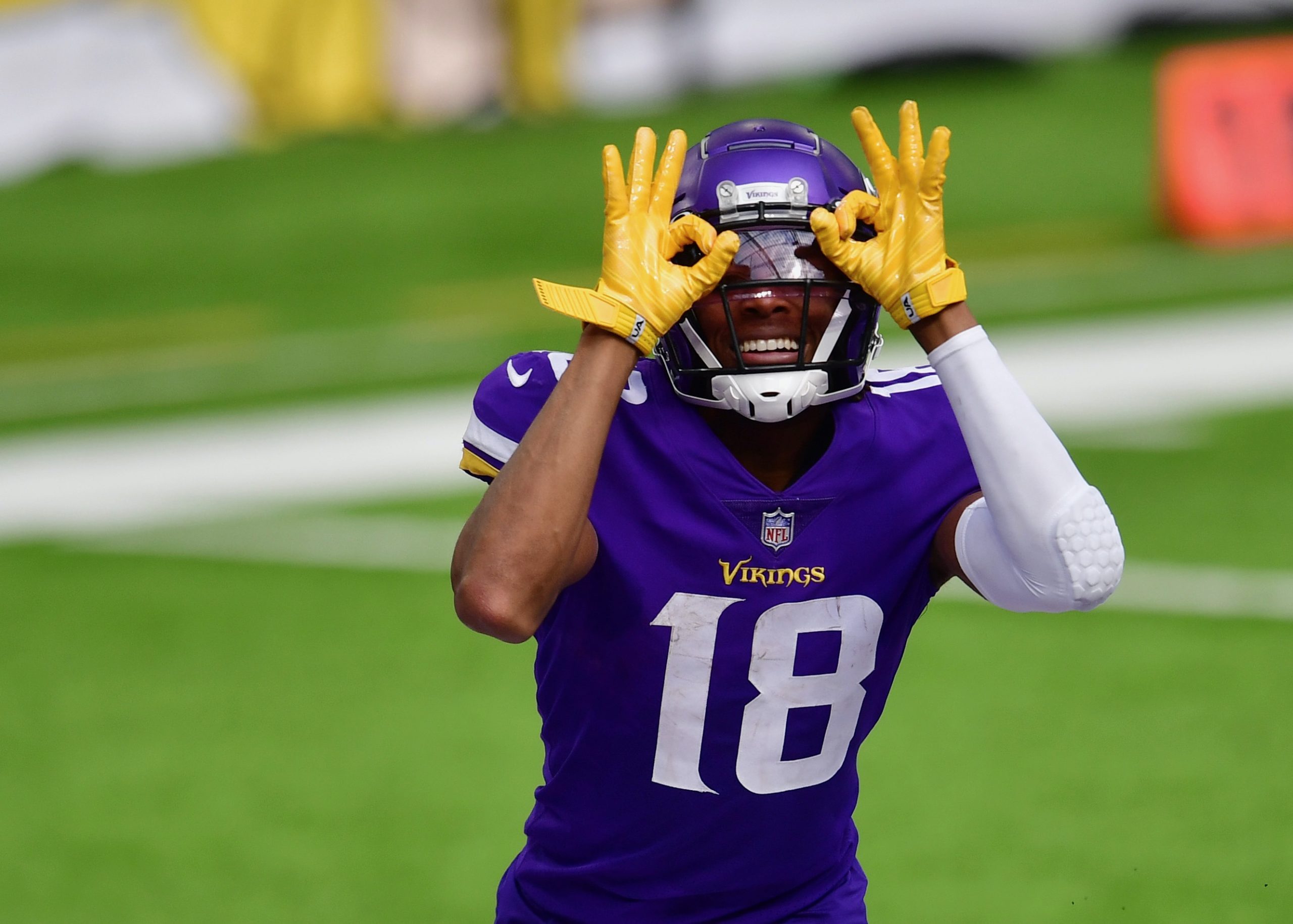 If you like rookies, Week 6 of the NFL season did not disappoint you. Out of the top-36 skill position fantasy scorers, seven were rookies. This marks the most impressive performance of the season for the rookie class and a continued trend upward. Even more impressive, there is still plenty of room for this rookie class to continue to improve and take on a larger market share of the top-50.

Thank goodness for garbage time. Week 6 was a rough run to start for Jefferson. His first target was an intercepted pass and the second target was a play for -2 yards. Jefferson’s fourth target, in the first half, was also intercepted. In the second half, when the Vikings were in comeback mode, Jefferson found many more room to operate. In fact, Jefferson’s second touchdown came when the Vikings were down by over twenty points in the fourth quarter. Fantasy teams love garbage time.

Swift is so good, and he deserves so much more than 30% of the Detroit Lions running back snaps. In Week 6, there wasn’t much Swift didn’t display. Swift was in at the goal line on his first touchdown and lept over the pile to score. On his second touchdown, which was from 6-yards out, Swift lowered his head and showed impressive leg drive to score. If Swift continues to receive a higher utilization share moving forward, with his versatility, Swift could push for weekly top-12 running back scoring.

During a rain-filled Monday night game, CEH had the second-highest utilization rate on the week for a rookie. On his touches, CEH looks elusive, shows excellent vision, and good enough burst. He doesn’t display long speed on the flip side and does not get left in to block very often. This is likely where Le’Veon Bell will be deployed. Through six weeks, CEH has only received less than a 60% snap share once. After Week 6, when Le’Veon Bell is on the active roster, CEH will be lucky to touch a 50% snap share.

During the broadcast, the announcers shared a side by side comparison of Calvin Johnson and Chase Claypool. Even though I do not endorse this comparison, I think it is impressive what he is doing and consider him a thicker Martavis Bryant. In Week 6, Claypool was again used as a rusher on motion across the formation, almost lunged forward for another touchdown after a great catch and run, and made a solid tracking catch on a deep target. The connection between Chase Claypool and Ben Roethlisberger is impressive.

The tides have shifted in Cincinnati. The lead wide receiver has shifted from AJ Green to Tyler Boyd and has landed firmly on Tee Higgins. Playing his highest snap share of the season, Higgins has developed great chemistry with Joe Burrow. Watching Higgins’ targets from the week, his most impressive catch was on a simple nine-route down the sideline. The ball had a little too much air under it, but Higgins reached up and snatched it out of the air effortlessly. It was beautiful.

In Week 6, the Colts found themselves down early and found themselves needing to go into hurry-up mode. When the Colts finally were able to pull ahead, they continued to try and throw the ball against a susceptible Bengals secondary. I mention all this to say; the Colts went away from Taylor when they were trailing and relied on Nyheim Hines as their primary runner.

As a running back, Robinson isn’t very different from Clyde Edwards-Helaire. Robinson does well navigating through traffic and is a reliable receiver when his number is called. I would go as far as to say Robinson has better top-end speed than CEH does. This is pretty evident in Robinson’s touchdown run. He was left completely open and was able to get a full head of speed towards the endzone. He got up to speed quickly and was a load to tackle.

Even with a change at quarterback, Lamb still had the volume. The problem for Lamb moving forward will be what does his target share looks like each week. Sure, this week, he was the second option. Am I sure this will always be the case? No. Andy Dalton does not have the ability to sustain five weapons, and someone will be short-changed every week.

On an ill-advised throw, over the middle of the field, in a sea of defenders, Kmet did well to box out the defenders and secure the football. Overall, not much action for the young tight end, and still finds himself sitting behind Jimmy Graham.

Working after the catch is really where Aiyuk excels. He was given a simple screen and accelerated quickly for a gain of 14-yards after the catch. On his touchdown, he sat down in the zone and was found for an easy touchdown. It was almost a much bigger week for Aiyuk. Before heading into the locker room for half time, Jimmy Garoppolo threw the ball deep downfield and just missed.