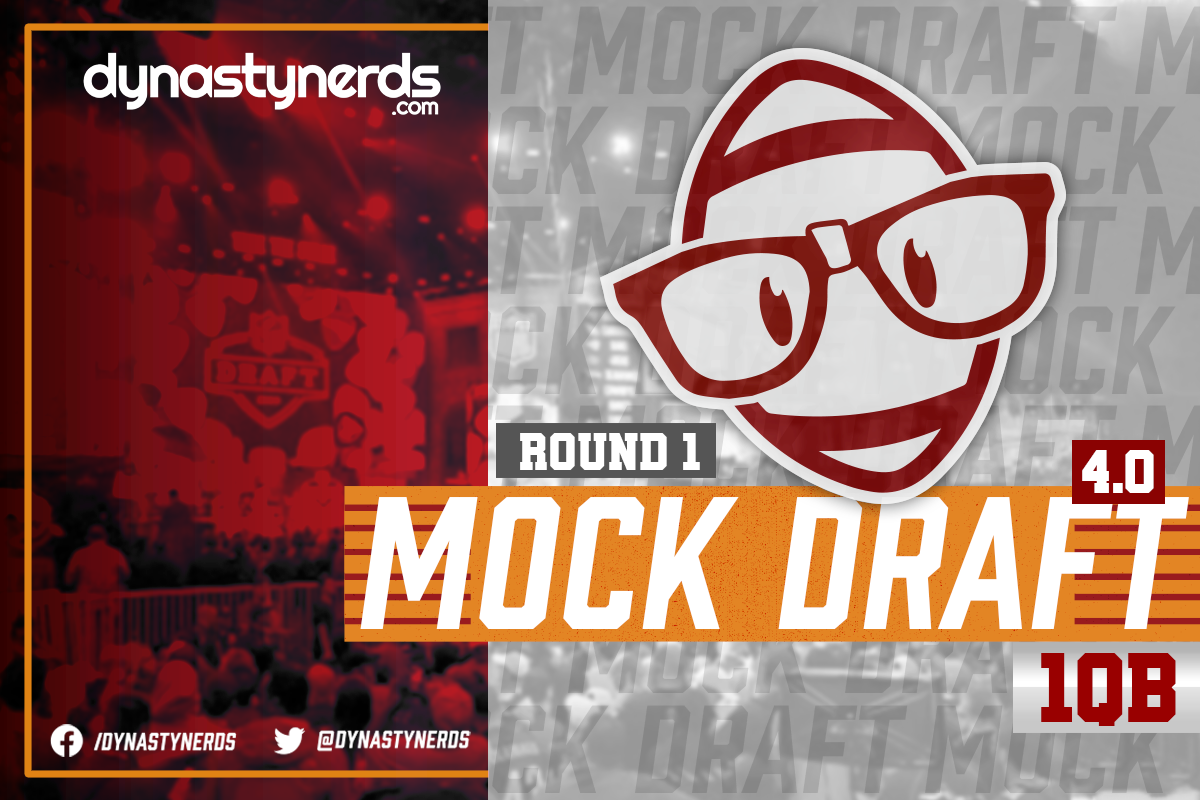 There are arguments to be made for other players here, but 2020 Najee Harris was as dominant a running back as I’ve seen play the college game. He has great size and literally all the tools- agility, athleticism, receiving ability, vision- and he’s a creative player that finds new ways to win on every snap. He’s going to succeed in the NFL and pay dividends for investors without question.

Waddle is my WR1 and I stuck to my guns. I think he can make an impact in any system and be that guy. I was very tempted to take Etienne with this pick, but I want to start building my team with a top WR.

Being at the top of this draft I have a shot to grab a guy who will be an impact player in year one. Chase opted out of the college season in 2020 but we saw everything we needed to from him in LSU’s historic 2019 season. He should be the first WR drafted in April and I expect him to start from day one.happily take Fields, whom is likely to be a day 1 starter, at 1.03 in SF.

If I am drafting in the top half of a 1QB draft this year, I want to leave with one of either Harris, Etienne, or Javonte Williams. In my opinion, the drop off from those three to the next tier of running backs is notable, as is the comparative plentifulness of the other positions in this draft. I will also note that while Harris is my top running back, the choice between Etienne and the aforementioned Williams is a toss-up to me right now, as I could see Williams having a post-draft jump in value similar to what we saw with Clyde Edwards-Helaire last year. Etienne is the veteran name we all know, and he was considered by many to be a top choice in last year’s draft before he shocked the dynasty world by returning to Clemson. Will he hold onto that momentum, or will his draft capital be penalized based on what many would consider a nondescript senior season for Etienne in comparison to his sophomore and junior results? We won’t know the answer for a few more months.

This pick was a little bit tough for me, I had Smith at the top of my second-tier of WRs coming into the season. But, after his amazing year, it’s hard not to reconsider my ranking. With my top 2 RBs off the board, I was really only looking at WR with this pick, but was a bit torn between Smith, Moore, and Bateman. I decided to go Smith. My biggest concern with him has been his weight and how it will hold up at the NFL level, but he’s continually proven that he can hold up with this frame.

I appreciate that the format is 1QB, but feel Lawrence is a generational talent. I’m a strong believer in selecting the best available talent, and he absolutely fits the bill for me here.

This was a tough pick between Moore and Javonte Williams. Ultimately, I went with the better long term asset. Sticking to my guns when evaluating incoming rookies in the idea that if I have them on the same tier, I will always take a WR over an RB.

This year we all saw just how valuable a Travis Kelce or Darren Waller can be for your fantasy team. Here at 1.08 I am elated to grab Pitts, a 6’6 240 lb monster who runs routes like a wide receiver. At a position where waters are often murky after the top few guys, Pitts is right around TE5 for me before ever playing a snap. With this pick I will lock Pitts in my TE spot for the next 7-8 years and count on elite production.

I had to double and triple check before I believed my eyes. Javonte Williams is a top tier prospect and getting him any later than a top 3 pick in 1QB should be illegal in several states. Williams is RB with an NFL-ready body that does all the little things right. He may not have the freakishness of Najee or the out of this world speed of Etienne, but play after play you see him make all the adjustments to take the leverage he can away from would be tacklers and turn any play into a big play threat. He was slept on last year, but he was rocking the same game as a sophomore too. I think the NFL is gonna fall in love with this kid, so sign me up.

Love the profile and production Bateman offers. To me he’s the last of the tier that was left on the board at WR. 21 years old for most of his 2021 season is a big boost.

Heartbroken to see Bateman go one pick ahead of me, but at 1.11 I will take a similar frame and athlete in Terrace Marshall. The real difference between these two WRs is the role versatility. Marshall seems destined to occupy a “big slot” role, which could cap his scoring upside. QB pairing will be critical for Terrace, but I see a Marques Colston caliber player who has high WR2 upside in the right spot.

Elijah Moore is the forgotten man of this draft. Two consecutive 100+ target seasons, 45.5% (91st) DOM, 36.2% (96th) college target share, 19.4 (82nd) BOA. In any other draft class, he’d be a top 5 rookie pick. Although he’s a great prospect, the top end of this class for all other positions likely won’t fall very far even if they land in a less-than-ideal offense. I think it is pretty safe to assume that you’ll be able to scoop up the value of Elijah Moore in the late 1st/early 2nd of all of your rookie drafts.

Players on the move:

Look for round 2 to drop tomorrow and for the 3rd round this weekend!

The ‘Nerds devy team will continue to do these every month leading up to draft season. Continue to check back for all of our devy and NFL draft content as we push closer to the NFL draft.