2021 Draft Entrants Most Affected by COVID-19 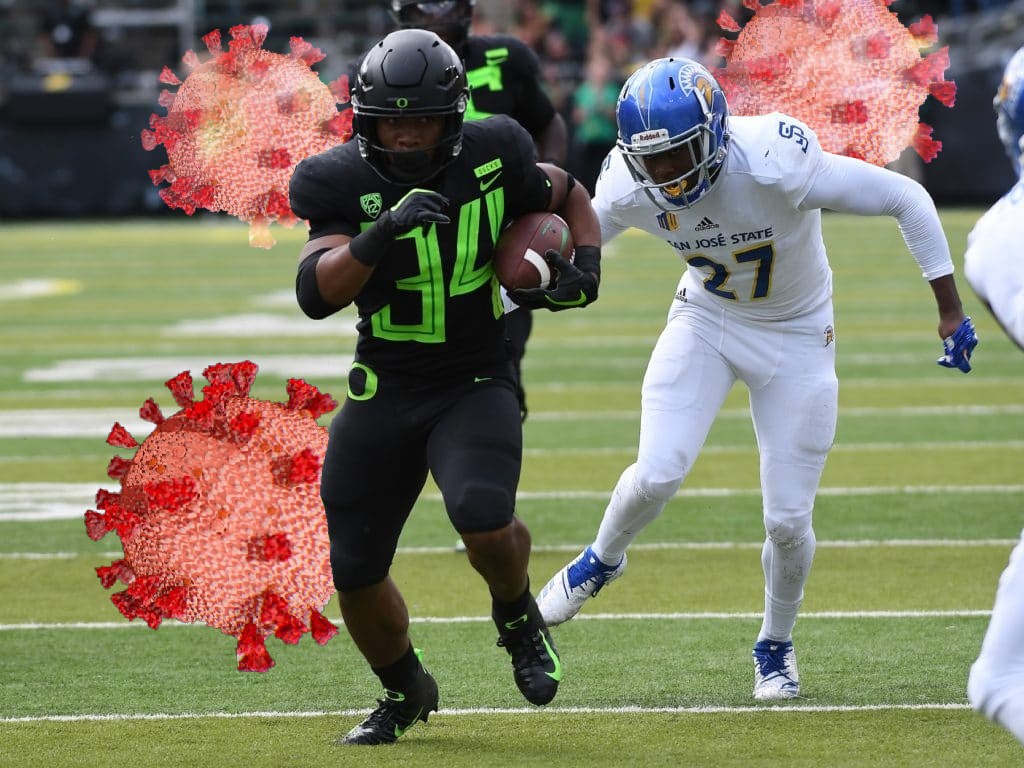 COVID-19 is an awful disease that has taken a lot of lives, so please don’t for a second think I am trying to glorify this in any way. I will be highlighting the players in College Football who’s draft stock is most affected by this season not going as planned.

There are a lot of if’s in this. Is eligibility extended? Meaning seniors can play an extra year, but let’s talk about guys that could enter regardless of this possibility.

There doesn’t seem to be a great deal of depth at quarterback in next year’s draft, but nobody had Joe Burrow going number one at the start of the 2019 college season, which shows you what a year can do. At the minute, Trey Lance of North Dakota State seems to be Fields’ main competitor. Still, with Iowa State and Texas managing to play their season, there is an opportunity for Brock Purdy and Sam Ehlinger to climb the boards and potentially knock Fields off his spot as the number 2 QB in the draft. One other to keep an eye on is KJ Costello at Mississippi State. He has his work cut out for him this year playing against the likes of LSU and Alabama, but if he can shine against big opposition, he could really start to climb the draft boards.

It’s worth mentioning that even without the possible extended eligibility, Fields is only a junior, so doesn’t necessarily have to enter the draft anyway. But the assumption is that he will and will just have to hope that NFL teams overlook the fact he won’t have played competitively for over a year.

Okay, so superstar receivers and Michigan don’t really go hand in hand. Their most recent receivers in the draft are Donovan Peoples-Jones, Jehu Chesson, and Amara Darboh. But I like Nico Collins and think he has a legitimate shot at doing well in the pros. That was, of course, until Michigan wasn’t playing football in 2020.

Collins would have likely been drafted in the third round. So this is working in the opposite direction of Fields. This year, a big season from Collins could have seen him climbing draft boards to rival the likes of Devonta Smith and Rashod Bateman (of Alabama and Minnesota, respectively). Especially with Rashod Bateman being in the same boat as Collins, being unable to play this season.

Collins came on strong in his sophomore and junior years, putting together over 1300 yards and 13 touchdowns. If he could have taken it up another level in his final year, he could have seriously climbed draft boards into the high second round.

Verdell is another player I really liked going into this season. The “undersized” running back measures very similarly to Chase Edmonds but has the added advantage of coming out of an FBS school. Only seven running backs in the FBS have rushed for 1,000 yards in each of the last two seasons. Verdell is one of these seven.

Verdell seems to not be on many guys radars, so he is looking like going in the 3rd round. Assuming he would’ve replicated his last two excellent seasons, he could’ve rivaled Chuba Hubbard or Najee Harris as a potential early 2nd rounder. Now both of those guys are getting another season under their belt. Verdell is put at a huge disadvantage.

Assuming he does enter the draft next year, some NFL team is going to get an absolute steal with him when they take him around the third round.

So we know that Chase opted out of this season due to health concerns even though LSU is getting a season in.

Realistically, not a single receiver will rival him as the number one receiver in the 2021 draft. But you have to ask the question… What if?

If we were to get a record-breaking season from Devonta Smith or Rashod Bateman, there may be a possibility, however slight, that Chase could be unseated as the top receiver in the draft.