Alvin Kamara is a free agent after this season, so what team will he be on in 2021? @JSnake_DFF takes a look in part one of his 2021 Free Agent RB series! 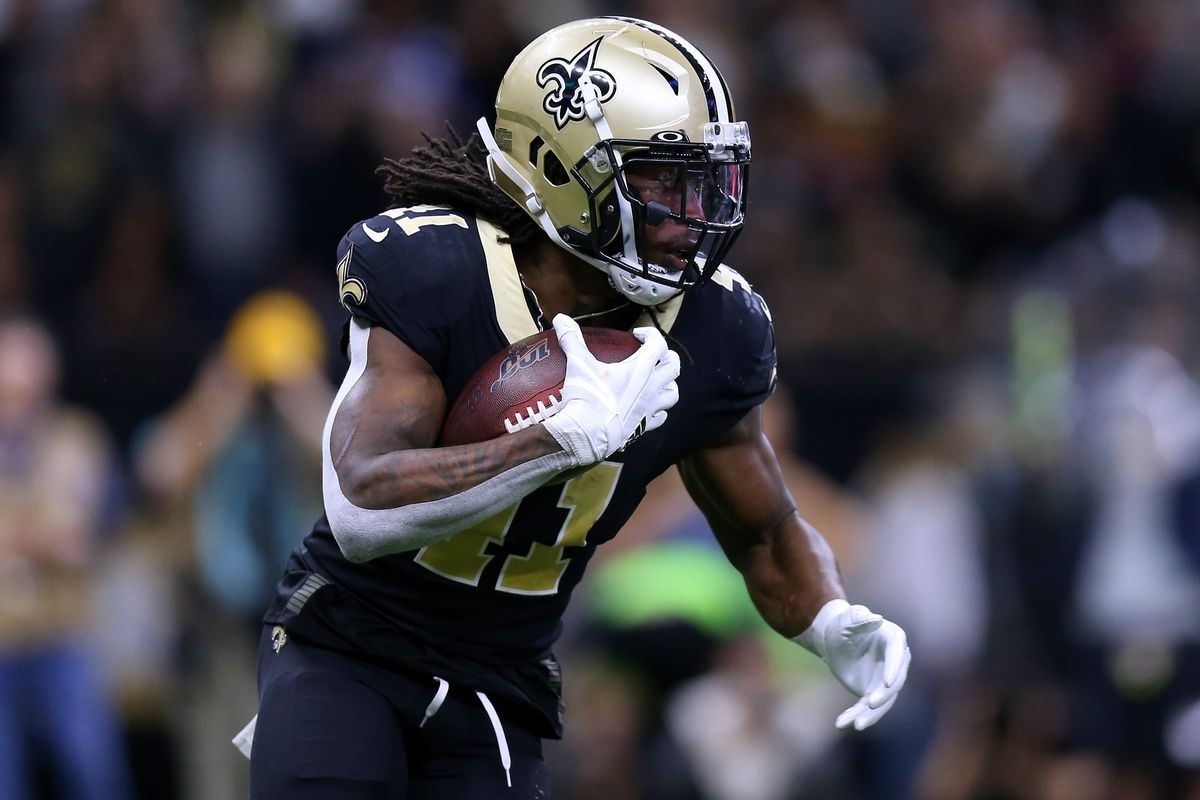 Alvin Kamara is a top-notch dynasty fantasy football player, but will he still be after the 2020 season? Over the next couple of months, I will be looking at the 2021 free agent running backs and giving my projections on what team they will end up. I will also list one additional option for the player.

Alvin Kamara is a fantasy beast. He has been an RB1 over the last three seasons in PPR leagues. Kamara is the perfect back for a team that wants a receiving back who can also run the ball, but what team will that be?

I do not expect Kamara to go anywhere after 2020. The Saints drafted him in 2017 for a reason and have utilized him fantastically over the last three years. Also, Kamara can serve as a bridge player to assist the QB who comes after Brees retires.

One issue the Saints have is their 2021 cap outlook. The Saints are 31 million over the cap hit for 2021. But if Brees decides to retire, they will be dead even. Now, if the Saints want to keep Kamara, they will need to open up around 10 million in cap room. I believe the saints will cut players or restructure contracts to have enough cap space to sign Kamara.

For Fantasy Football teams, Alvin Kamara staying on the Saints is the best-case scenario. I would keep Kamara as my RB4 in dynasty if he resigns with the Saints.

If the Saints do not resign Kamara, I expect him to be on the Dolphins. The Dolphins will be looking for an RB in free agency or through the NFL draft. I can see the Dolphins signing Kamara as a splash signing to excite their fanbase and provide Tua Tagovailoa with more weapons.

Also, the offensive coordinator for the Dolphins, Chan Gailey, drafted CJ Spiller in 2010 when he was the head coach for the Bills. CJ Spiller was drafted in the 1st round and was a speedy running back with receiving upside like Kamara. Kamara would fit into the CJ Spiller mold that Gailey had for the Bills. Jordan Howard can be the Fred Jackson if the Dolphins decide to keep him on the team. Lastly, the Dolphins have a lot of cap room to sign Kamara with 46 million in cap space, according to overthecap.com.

For fantasy football, Alvin Kamara on the Dolphins will lead to a small drop in his value because of the uncertainty with the offense. But he will still be a top 8 PPR dynasty RB going into 2021 for me.

I expect Alvin Kamara to stay on the Saints and be a top-end RB for years to come, but if the Saints can not sign him, then the Dolphins are my favorite choice to sign Kamara. The Kamara signing would excite the Dolphin’s fan base and fit with the Dolphins OC’s offense, but it would lead to a slight decrease in his dynasty value. Overall, I would be excited that I have Kamara on my fantasy football team, and his 2021 outlook is bright!

Where do you think Kamara lands next season. Reach out on Twitter and tell me why I’m wrong. You can listen to my podcast Snake in the Draft where ever you get podcasts. Have you joined the Nerd Herd? Just $2.99/month get’s you access to rankings, the film room, exclusive podcasts, and more.

Double Digit Round Start Up Gems
Thanks for the Opportunity