Leonard Fournette is a free agent after this season, so what team will he be on in 2021? @JSnake_DFF takes a look in Part two of his 2021 Free Agent RB series! 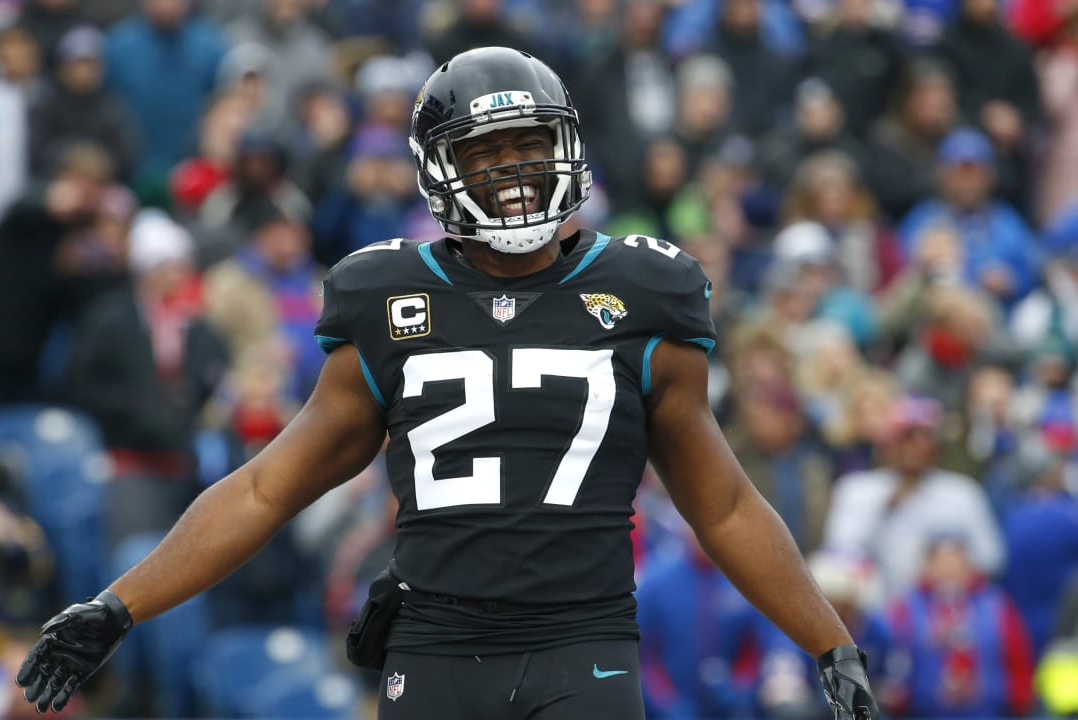 Leonard Fournette is a polarizing dynasty player right now, but will his potential change in situation help his dynasty value? Over the next couple of months, I will be looking at the 2021 free agent running backs and giving my projections on what team they will end up. I will also list one additional option for each player.

Check out my first article of the series over Alvin Kamara’s 2021 Free Agent landing spot here.

Last year, Leonard Fournette had a fantastic season. He was healthy the entire season and was RB7 in PPR leagues. But the Jaguars have shown that they do not want him on their team. The Jaguars declined Fournette’s 5th-year option and have actively tried to trade him over the off-season. So, what team will he be on in 2021?

I expect Leonard Fournette to sign with the Atlanta Falcons in 2021. The Falcons recently signed Todd Guley to a one year 5.5 million dollar contract, so we have seen them dish out money to sign free agent running back’s. Also, Fournette fits the Falcons running back scheme because he is a combo of an effective runner and pass catcher (Fournette had 76 receptions in 2019).

I see Gurley’s knees catching up to him during the 2020 season, which would lead to the Falcons moving on from him. The Falcons are still in win-now mode with an aging elite QB and WR. Lastly, with the expected decrease in cap space in 2021, I do not expect Fournette to be asking for a ridiculous contract.

If the Falcons sign Leonard Fournette for even a one year deal, his dynasty value will increase because he is in a more favorable situation.

Another team I expect to be in the running to sign Leonard Fournette is the Seattle Seahawks. Chris Carson is a free agent in 2021, and I believe the Seahawks will go after a more explosive running back in Fournette. Also, Fournette does not have a fumbling problem like Chris Carson. Fournette has not fumbled since 2017.

Another reason I see the Seahawks signing Fournette is they have paid RBs before. Back in 2015, the Seahawks paid Marshawn Lynch a two-year deal 24 million dollar deal. The Seahawks can get Fournette for way less than that.

The final piece of the puzzle is the Seahawks look to be in win-now mode because they recently traded away their 2021 1st, a 2021 3rd, and 2022 1st round pick for Jamaal Adams. The Seahawks do not have the draft capital for an RB, and I doubt they trust their current ones. I see the Seahawks signing a running back to set them up for a super bowl run in 2021 and potentially beyond.

If the Seahawks sign Leonard Fournette his value will be very similar to if he signed with the Falcons. Fournette will be in a better offense than Jacksonville, which gives him more upside.

I do expect Leonard Fournette to sign with a new team this offseason. My top two choices are the Falcons and Seahawks. Leonard Fournette is someone I would be looking to add on all of my contending dynasty teams. I do not see his value being lower in 2021 compared to 2020. Overall, I am excited about Fournette’s future, and if either team offers him a contract that is longer than one year, his dynasty value will skyrocket.

Where do you think Fournette lands next season? Reach out on Twitter and tell me why I’m wrong. You can listen to my podcast Snake in the Draft where ever you get podcasts. Have you joined the Nerd Herd? Just $2.99/month get’s you access to rankings, the film room, exclusive podcasts, and more.