Every fantasy football player has their favorite players that they love going into the season. This particular player had a fantastic rookie season and the best has yet to come. 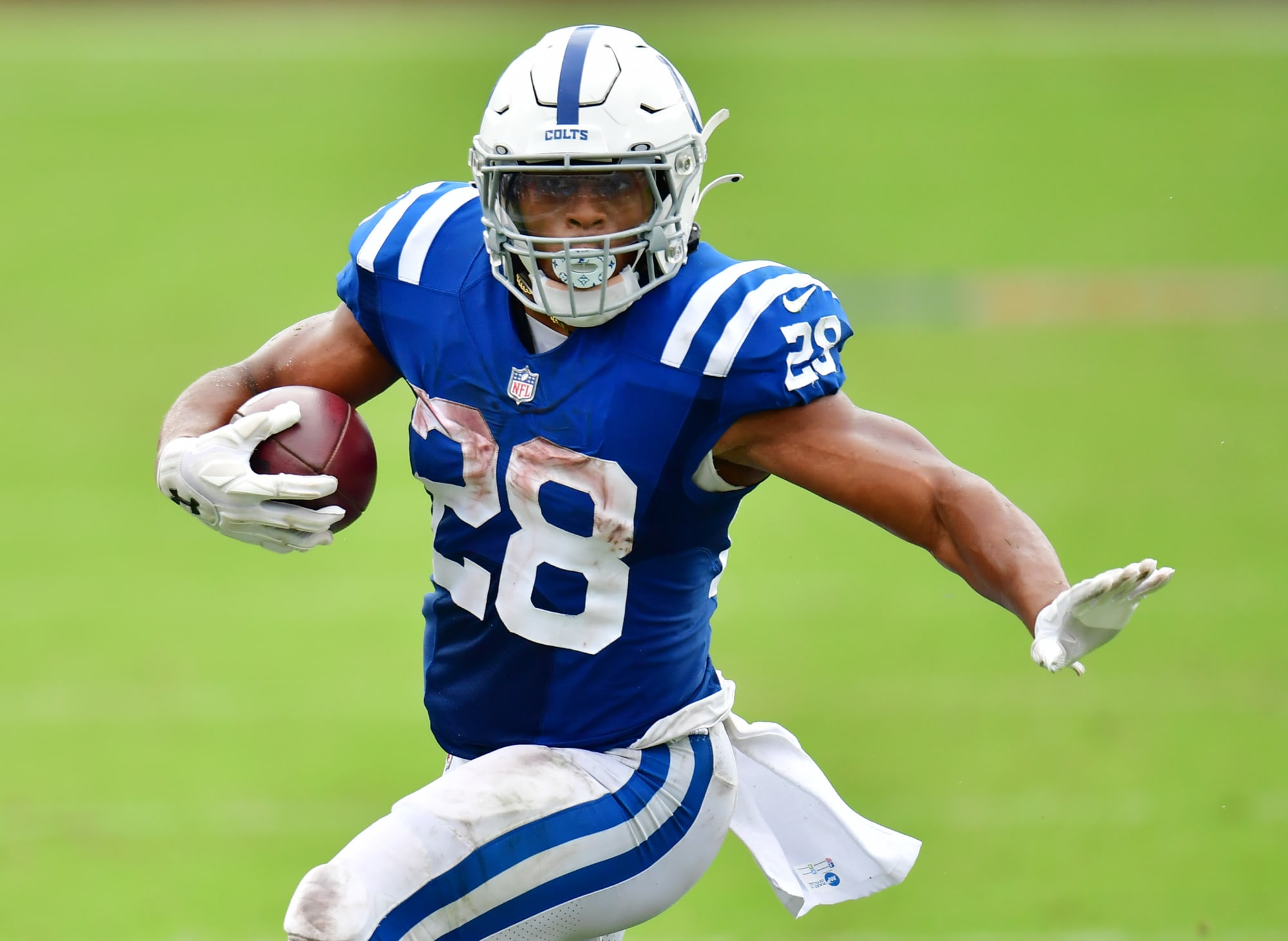 Every fantasy football manager has their fair share of players they LOVE going into the fantasy football season. These players are called “My Guys,” or as ESPN fantasy analyst Matthew Berry calls it, “Ride or Dies.” These players aren’t just guys that you want on your roster. You need them on your roster by any means. You grow close to these players, and regardless of their ADP, you’re going to do everything you can to draft them. One of these players for me is Jonathan Taylor of the Indianapolis Colts. I’ll be discussing why I’m so high on Taylor and why you should be as well.

Jonathan Taylor was unstoppable during his three-years at Wisconsin. He rushed for nearly 2,000 yards and 13 touchdowns in his first season while totaling 299 rushing attempts. His break-away speed and burst were on full display, and he didn’t slow down after that either. However, if there was a knock on Taylor before his rookie season, it was his receiving game involvement. During his Junior year, he drew 36 targets and had a 10.3% target share, which more than doubled his sophomore season.

Two Different Seasons In One

Taylor was hyped up from the moment he was drafted, and in most rookie drafts, he went 2nd after Clyde Edwards-Helaire mainly because he landed in Kansas City. His opportunity didn’t have to wait like the other rookie running backs. In the very first game, Marlon Mack suffered a devastating and season-ending injury. That catapulted JT to the top five of everyone’s ranks for redraft and dynasty. This seemed a bit premature as Taylor didn’t produce as the top five running back as most had predicted for the first ten weeks. His season was indeed a tale of two halves. In the first half, he looked very hesitant and couldn’t read the correct lanes to run through. In the second half, he even admitted the game slowed down for him, and he produced nearly top-five numbers.

He missed Week 10 due to COVID, and after that is when Taylor blew the roof off. He started producing elite numbers and showcased the burst and break-away speed he had in college. If Taylor can start getting more involved in the receiving game, combined with his elite rushing ability, he can challenge Christian McCaffrey as the overall number one running back.

How did he stack up?

When breaking down Taylor’s statistics versus the entire NFL and just the 2020 rookies, he measured up to the best of them. These are just a handful of statistics where Taylor ranked highly compared to his peers. As you can see, Taylor had an excellent statistical season. When you consider him sharing a backfield for the majority of the season and not receiving a full three-down role, these ranks are even more impressive.

Taylor was in the upper tier of running backs this season when you dive deeper into his rushing and receiving efficiency metrics. Taylor’s biggest knock was if he could catch the ball and his involvement in the passing game. After his rookie season, I believe he silenced his doubters. Wentz does like his running backs in the passing game, maybe not to the extent of Philip Rivers, but it’s still a positive sign. to involve

Predicting what the future will look like for an NFL player will always be tricky. There are so many different factors that play into their careers. However, looking at Jonathan Taylor’s rookie season certainly has to give you hope for even greater production in 2021. I have Jonathan Taylor ranked as my Dynasty RB2, and for redraft leagues, I have him in my top five at the position. Carson Wentz and a top-tier offensive line will only help Taylor reach his untapped potential. Look out because the best has yet to come.