Round two of the 1QB draft is in the books. Who is your value pick? Who is the biggest reach? 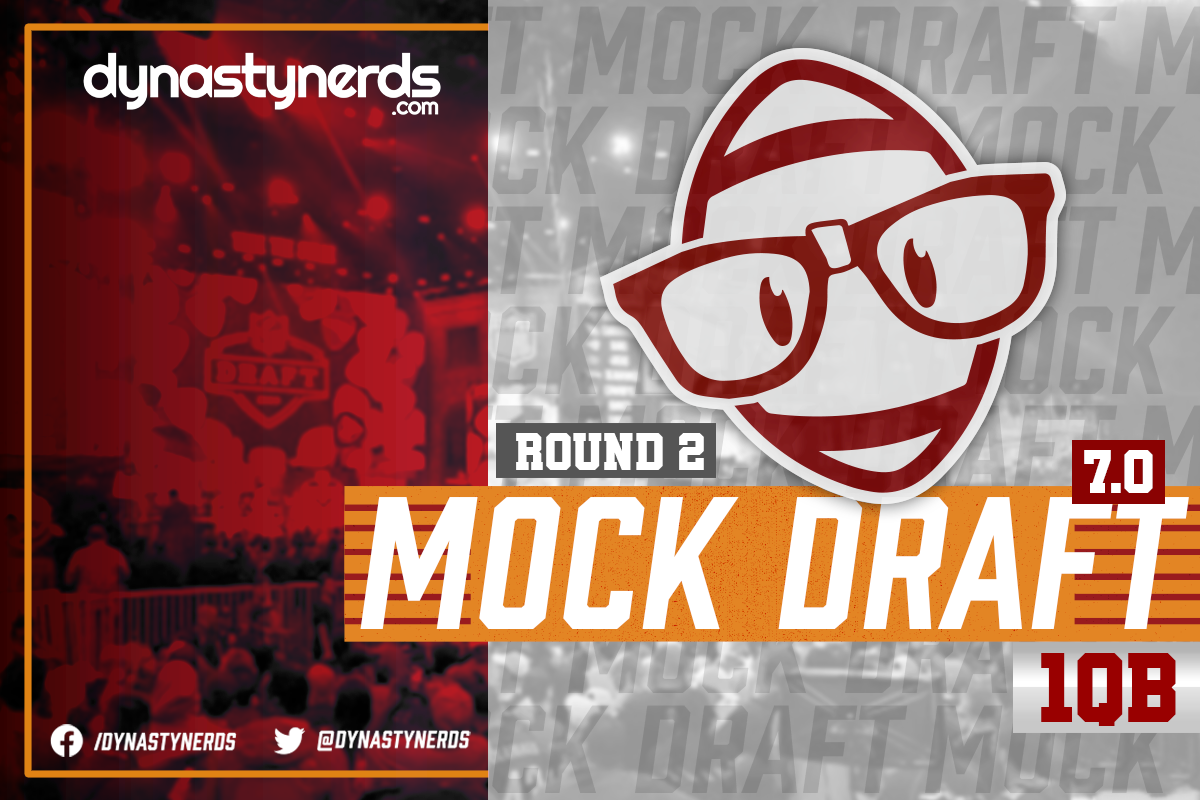 We are back with round two of our Nerd Writers rapid reaction rookie mock draft. Any surprises for you in the first-round? Is the second round as deep as we once expected? Read on to find out what we think!

Taking Ja’Marr Chase at 1.01, I knew I would be missing out on the big three RBs in this class. While there is talent at QB available, Trey Sermon going to San Francisco with an offensive mind like Kyle Shanahan scheming runs makes him worth the risk for me. If he takes the reins and becomes the lead back for the Niners, he has strong RB1 upside.

The Bears finally put a smile on their fanbase’s faces, and wow are they getting a stud. With Allen Robinson and Darnell Mooney, expect Fields to start by no later than Week 3. We have a fantasy rock star on our hands, people. Don’t overthink greatness.

This picks give me some vibes of when McLaurin got drafted by WFT. There is very little competition in Detroit, and St. Brown should start in the slot. When he moved to the slot at USC, he had his most productive season.

After passing up Etienne in favor of Devonta Smith in round one, I’m taking a high upside running back here. Carter is a favorite of many in the dynasty community and will have an opportunity to earn an immediate role in the Jets backfield.

Through every lens I look at Kadarius Toney… I’m worried. His tape, injuries, production, off the field issues, age.. it all scares me. The one thing I cannot deny, however, is that he’s a big play waiting to happen. I’m going to take my shot here in the mid-second round and take the first round wide receiver that simply makes big plays. The Giants can line him up all over the field and he should see early opportunity. Even if Toney does not pan out right away, he’s going to get more of a leash than guys drafted in the later rounds.

Behind only Kyle Pitts in the 2021 tight end draft class, Freiermuth enters an excellent situation with the Steelers. With Eric Ebron closing in on 30, and Pittsburgh free and clear of any dead money tied to his contract after 2022, the plan is clearly to groom Freiermuth to assume a starting role. I’m stashing this high upside pass catcher now and will likely reap the rewards of rostering an ascending tight end sooner than later.

Lance was a top 3 QB for me pre-draft and his stock has only gone up with the San Francisco landing spot. The sky is truly the limit for Trey, and the only reason he is falling a bit in 1QB drafts is the assumption he may not start straight away. When you consider the price the 49ers paid to acquire him and the coaching staff he will have around him, it’s not far fetched to project him to be a top 12 dynasty QB in the next year or two. I’m more than happy to snag a top 12 QB in the mid to late second of my rookie draft.

Dyami Brown is a WR with a 19 year old breakout age who dominated the Tar Heel’s receiving corps for two years before declaring early and being drafted in the top 3 rounds to a team with very little pass catching competition. That pretty much checks all of the boxes for a player you are hoping to snag if you can with an early second round pick. Easy pick if he makes it to the back end of round two.

Betting on upside here, putting the analytical profile to the side for this one. He is going to have a fairly big opportunity, especially if Aaron Rodgers comes back.

The draft thins out fast. I feel better about drafting the remaining position players in the third round. Wilson is the guy I feel most confident about contributing to a starting lineup, and there’s still the upside there that made him the #2 overall NFL Draft pick. If that comes true, he could be a top six QB. If I didn’t need a quarterback, I’d have gone with the intriguing small school WR Dwayne Eskridge.

A senior bowl standout with strong hands and game breaking speed Dwayne Eskridge is a tremendous upside play at the end of the second round. Undersized, Dwayne’s landing spot was important and with the success of teammate Tyler Lockett, Seattle is nearly ideal. With a clear path to targets from Russell Wilson, Eskridge should produce early on in his career. Let Russ Cook!!

I’m not a fan of the landing spot, but I still really like Gainwell as a talent. He’s obviously behind Miles Sanders, but I think there’s a world where Gainwell sees 8-10 touches a game. If he works himself into a secure pass-catching role he has a path to flex position relevance. I’m happy to take Gainwell here with the last pick in the second round.