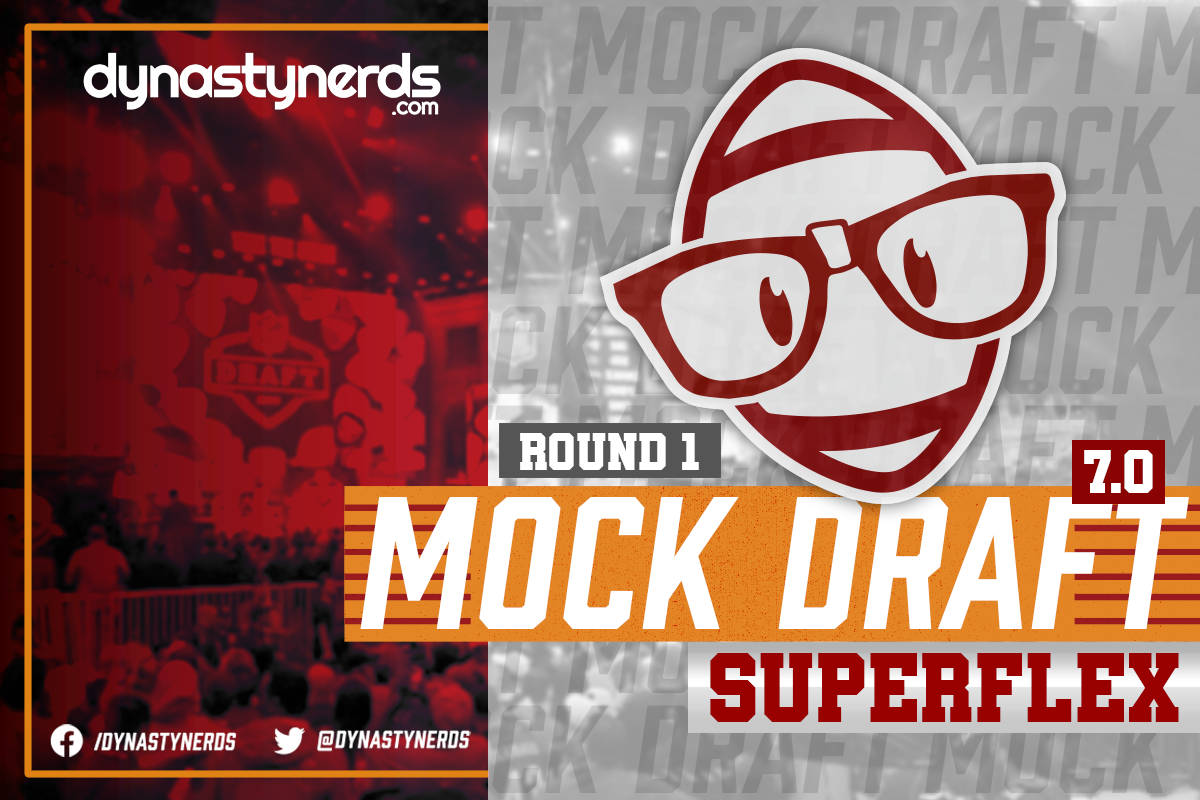 How did the NFL draft shake things up? The team at Dynasty Nerds is here to let you know where we stand. Read on to find out our thoughts!

Lawrence was the consensus 1.01 coming into this weekend’s draft. The upside of Trey Lance is tempting enough to have moved the needle for me in 1QB. In a Superflex league, however, floor and projectability settle most of my internal debates. Lawrence has a Matt Stafford level floor, do not overthink this pick.

Let the debate begin! Dual threat quarterbacks provide an insane amount of points. Fields and Lawrence were one and two all the way since high school. I was tempted to go Lance, but I’ll let the pedigree be the tie breaker.

This isn’t a move for this year, this is a move for the future. You can say whatever you want about Trey Lance, but he is in the perfect situation to develop as a NFL quarterback. He has all the tools, it’s just a matter of developing them. I trust Kyle Shanahan to get the job done.

Arguably the best receiver in this class and in a great situation in Atlanta. Elite fantasy producing tight ends are scarce, and Pitts has legitimate upside of being the TE1 for the years to come, especially in a TE Premium scoring format.

In a superflex rookie draft, there would be zero internal debate on this pick for me. Take the quarterback, no matter how much you might like Chase or Harris. Wilson is a fantastic prospect who landed in a better spot that you might imagine. He is my 1.03 behind only Lawrence and Fields.

I actually love the fit in New England. Everyone has said from the beginning that Mac’s greatest strengths are his accuracy and his ability to process information. I’m excited to see how Belichick and McDaniels use him. Mac has the safest floor of the five quarterbacks. Worst case his fantasy career is similar to Matt Ryan or Kirk Cousins.

It was either Harris or Chase for me here, but I felt I could not pass on the draft’s best back. Harris has little competition in Pittsburgh and will begin to remind Steelers’ fans of Le’Veon Bell. Harris is a complete back and should eat right from the start.

I’m ecstatic to get Chase at this pick and I have great landing spots for all the QBs to thank for that. Rejoining his teammate Joe Burrow in Cincy, Chase already has a connection built and should thrive in the best bengals passing offense since the days of Chad Johnson

I believe Smith has very solid opportunity to get close to 100 catches in his rookie year. He’s going to be the number one target in the offense.

I think Williams could very well be the best running back from this class when all is said and done. He does everything you want from a modern day back and should walk into a three down role sooner than later.

Bateman is going to fall in drafts because people are worried about Baltimore’s run-heavy offense and a perceived lack of targets, but people thought the same about AJ Brown’s landing spot in Tennessee. In reality, Lamar Jackson was a top 10 QB last season in depth-adjusted accuracy and second in the league with a 67.2% completion percentage on passes thrown to the first down line. Bateman is the first WR1 that he’s played with in Baltimore, and I would imagine given they used a first round pick on him, they will scheme more plays to get him targets and get the ball in his hands. He’s my WR2 in the class and I’d be thrilled to get him at the back of the first round.

I get the landing spot for Etienne wasn’t ideal, but for him to fall to 1.12 feels like a lot of value here. Etienne is an electric playmaker who can produce despite the large volume. Getting a top-three running back with the resume and draft capital of Travis Etienne at the 1.12 in Superflex will work.