Round one is in the books. Here comes round two. 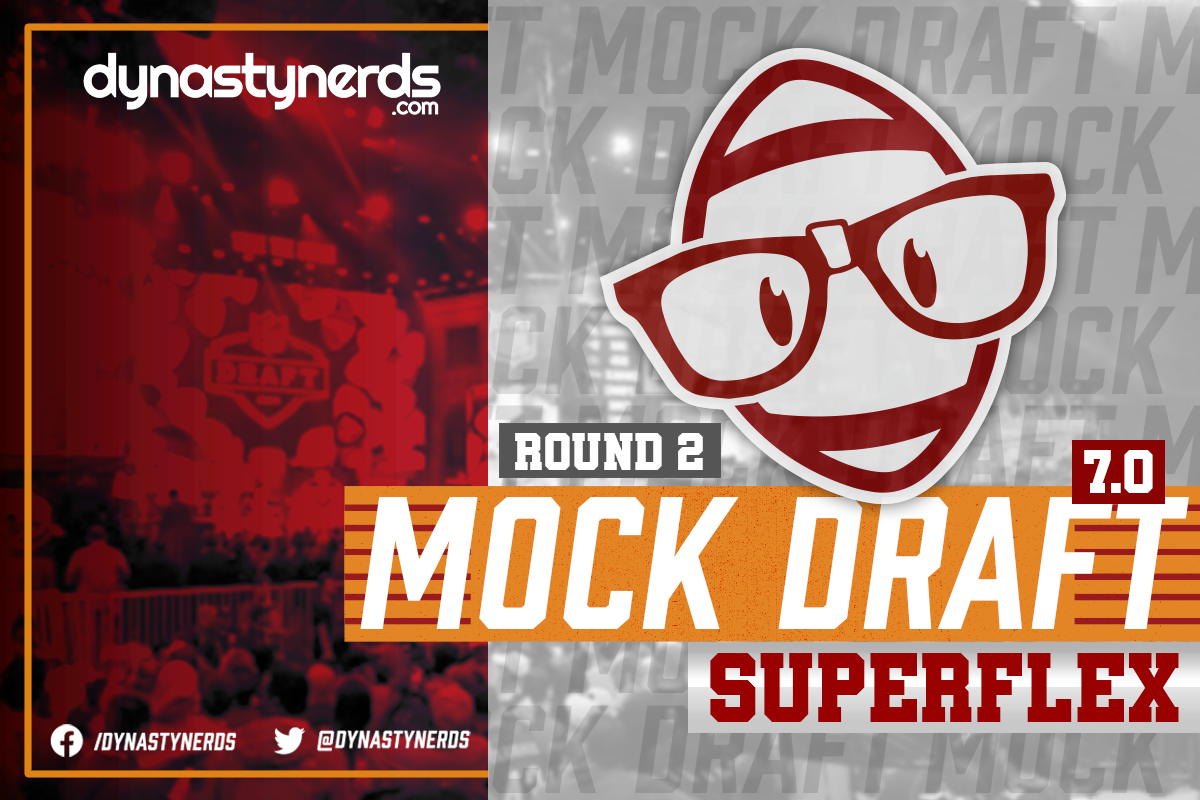 We are back with round two of our Nerd Writers rapid reaction rookie mock draft. The first-round selections were fairly obvious, but the second round is where things start to get interesting.

2021 is a fantastic year to have a top pick in each round of Superflex! I drafted the best QB prospect since Andrew Luck at 1.01, and I follow it up here by drafting the rookie WR3. Jaylen Waddle is a game-breaker who perfectly fits Tua’s quick release, catch-and-run skill-set. Landing Waddle seven picks later than the Dolphins did, pure bliss!

This one wasn’t fun but felt necessary. Elijah Moore is one of my favorite players in the draft but Sermon is the last safe-feeling running back available. He has draft capital, ability, and a home-run staff to coach him up. It was now or never to get a running back, so I’m taking the plunge.

I don’t know how I feel about him landing with the Jets, but the talent is there so I’m playing talent over landing spot.

I don’t know how he fell to the Lions in the 4th round. Excellent slot receiver that will have tons of opportunities in Detroit. Opportunity and upside is tremendous and should be an instant difference maker for the Lions and fantasy managers

Draft capital. Breakout age. Quarterback. Passing offense. Opportunity. What else can you possibly ask for? If I can get Moore at 2.05 in my rookie drafts, I’ll be doing a dance of joy.

There were plenty of times while watching North Carolina games last year that Carter stole the show. Carter could easily become a security blanket for Zach Wilson, and he is more talented than any current back on the Jets roster.

What’s not to like about Marshall? He has size, speed, and massive college production. Throw in him pairing back up with former LSU OC Joe Brady, and Marshall looks to have a clear path to year one WR2 fantasy value.

Freiermuth is a do-it-all player at the tight end position. Great blocker and phenomenal athletic profile. He slides into the Steelers with a chance for immediate snaps

Amari is going to step into a slot role for the Packers. He should get plenty of targets year one, whether it be from Aaron Rodgers or Jordan Love.

Toney is a home run threat from anywhere on the field. He’s got 1st round draft capital as well, so there should be plenty of opportunity for playing time early on.

This pick was between Dyami and Nico but decided to go with Dyami because of his game-changing big-play ability. In college Brown averaged an unbelievable 18.4 aDOT and 20.1 yards per catch over the past two seasons. While Ryan Fitzpatrick didn’t attempt a ton of deep (20+ yards) passes last season, his 52.9 completion percentage was second to only Dak Prescott for QB’s who attempted more than 20 such passes. Dyami is going to have some big games in this offense working down the field and I’d be happy to add him to my squad this late in drafts.

The Texans traded up to get Nico Collins in the third round of the NFL draft. Houston likely will be a mess, but there’s a lot of opportunity for the talented wideout from Michigan. The back end of round two in Superflex leagues is where it starts getting a little thin, and Nico has the chance to be fantasy relevant sooner rather than later compared to other wide receivers in this class.