Superflex mock, round two… this class is DEEP! 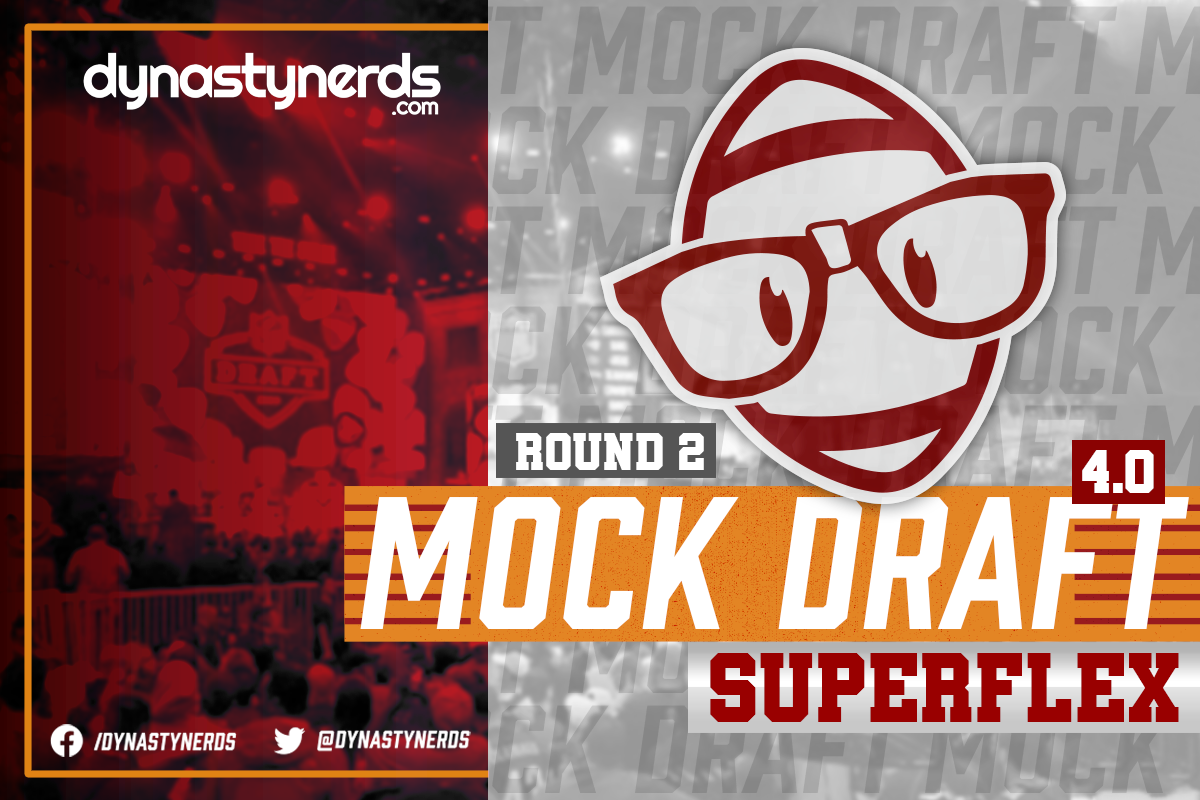 Rashod Bateman has a legit claim to the WR1 spot in this draft. He vanished to a degree this year (in a terrible offense) and that is the only reason he’s making it to the back of the first. I’ll ecstatic if I can get him at 1.10 or 1.12, much less at 2.01. He’s smooth as butter, dynamic with the ball, and highlight-reel capable in the end zone. Get Bateman on your team if you can

I have Waddle as my WR1, which is a hot take to some, but even so getting him in the 2nd round is a huge bonus. His landing spot may play a little bit to where taken in rookies drafts. But there is no way I could pass him up.

Amon-Ra is a tier 2 WR in this class that I have no problem taking in round 2. St. Brown has quick feet and is great at creating separation, both at the line of scrimmage and in the middle of his routes. His best trait, in my opinion, is his knowledge of situations and field awareness. He knows when to sit in a zone and how to move with the QB’s line of sight naturally. That could take him a long way in the NFL. I believe he could be a WR2 type guy and I like to comp him to a guy like Tyler Boyd.

Terrace Marshall is the 3rd guy from LSU’s team in 2019. This year he was the guy until Kayshon Boutte broke out. He is a big-play threat with the 6’4″ size and can make an impact at the next level. He had 10 touchdowns in a shortened 2020 season with subpar QB play.

If Trask ultimately gets drafted in the first round of the NFL draft, as has been rumored by many experts, this pick is a no-brainer. If he drops to round two or later, I’ll pass. For now, assuming the draft capital is there for him, I’ll take Trask over what I feel are mostly second-tier prospects available in this range. With his accuracy and ball-placement, I do like Trask as an NFL prospect, but I am well-aware his stock took a hit after his poor showing in the Cotton Bowl. I’ll give him a pass, because I believe there are few quarterbacks in college or the NFL who could lose their top three receiving threats and still perform at the same level. Due to COVID-19 precautions, the Browns played a game earlier this season without their top receivers, too. Are we dropping Baker Mayfield down our ranks due to that game? Of course not. Trask is not an elite prospect by any stretch of the imagination, but neither is a player like Kirk Cousins. Quarterbacks are the most valuable position in superflex, and with all of the changes coming to quarterback rooms in the NFL this offseason, when you have the chance to draft a quarterback, don’t pass it up.

WIth the last quality QB going right in front of me and the RB and WR pool being well picked over I am going to go with my top TE. Pitts may be no.1 for some people but I will go with more traditional all around TE. Freiermuth is an exceptional pass catcher. He was also a dominant run blocker in college which will help him get on the field early as a pro. For my money he is the top TE in the class and I would be happy taking him here in the 2nd round.

Chuba Hubbard’s value has seen a dramatic fall since he surprisingly decided to return to Stillwater for the 2020 season. He was seen by many to be one of the top 3 RBs in this class with Harris and Etienne, but after a lackluster season, his value has plummeted. I’m still optimistic that he will be a valuable fantasy asset in the NFL. I did consider going with his teammate Tylan Wallace here, but thought Hubbard was a bigger value.

I will continue to snag Kenny G in every mid-second round of these Nerds Drafts! It seems people are quick to forget just how good he was in 2019 as a redshirt freshman since he opted out of the 2020 season. He’s the classic do it all Memphis RB that can line up at receiver and make plays, and has the speed and physicality to break off long runs. Locked in as my RB4 in this class.

Wallace lit the college football landscape on fire as a sophomore, recording 86 receptions for 1,491 yards and 12 touchdowns. His primary quarterback? Taylor Cornelius. The college production is there, and his ability to run extremely crisp routes and high-point passes at his size makes me optimistic about his NFL outlook. While there are some injury concerns that might cause some teams to question his long-term upside, I am ecstatic to land a guy with Wallace’s traits towards the end of the second round. Mark my words — Wallace is the real deal.

Moore is a terrific slot receiver who was the focal point of Ole Miss’s offense this past season. While he’s not the biggest, Moore is a route runner who can win against bigger and smaller corners, making him a safe plug and play pickup at this stage.

Sermon had great production towards the end of the season. He’s a workhorse back at 21 years old and could be a solid NFL RB who does many things above average.

Williams has some holes in his game and is a little less polished than some of the other prospects in this class. However at 6’3″ 215 he has the size and speed to be a number 1 receiver in the NFL and he’s a steal here at the end of the 2nd round.

Check out round two for the 1QB Mock Draft 4.0 being released tomorrow.