What might have been, that’s the story of Davis Mills. Could he be of value? @RickyValero_ shares his thoughts. 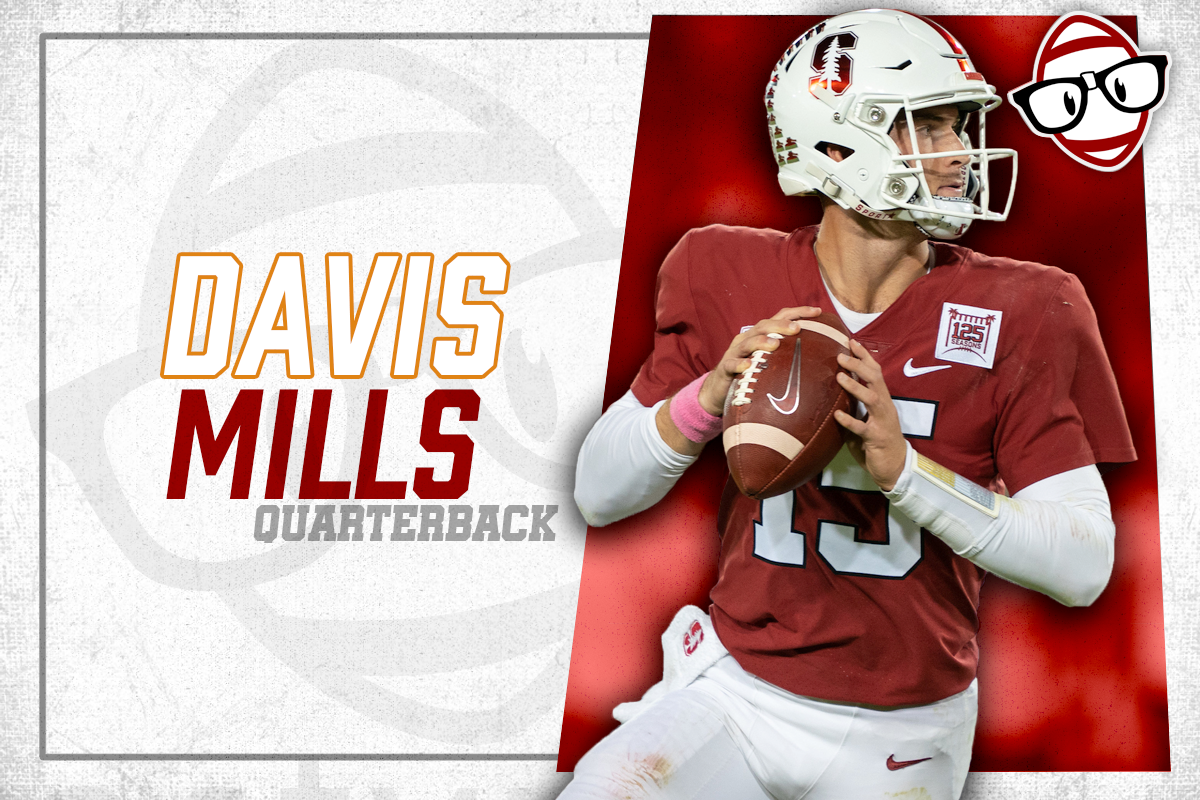 One of the more interesting prospects of this draft at the quarterback position is Stanford’s Davis Mills. Mills was a highly-touted five-star prospect out of Norcross, GA. He took over for K.J. Costello in 2019 due to injury, and his success led Costello transferring to Mississippi State. Mills had just 438 pass attempts in his career.

Throwing on the run

Nobody will mistake Mills as Lamar Jackson or Patrick Mahomes, but his ability to be shifty in the pocket extends plays. Above you see him throw the ball on the run or below where you see him break out of the pocket and come back in to complete the pass. Mills can extend plays and drives with his legs.

One thing that impressed me about him was his zip on the ball. He has a strong arm that can place the ball in several different angles of which only the wide receiver can catch the ball.

I enjoyed watching his ability to read the field. He was able to get to his second, third and fourth read on the field on certain plays. He is very good at reading his options and getting the ball out. I see plenty of little things that make me go WOW, and that also makes me wonder what might have been.

How could I not share this one with you?

It is an absolute ABSURD play. (with a lot of LUCK)

The lack of experience will be a topic of discussion. We have seen guys rise from the ashes playing only one season, but those seasons were breakout seasons. Mills, in his limited time, hasn’t been overly impressive. Even if you look at his tape, you can splice things together to make him look like that top talent, but he doesn’t have that game where you look and say WOW.

Would you believe me if I told you that 40% of his pass attempts came in four games? It’s true. Is that a wild number? Yes, but it shows his lack of experience on the collegiate level.

One of the things that held him back throughout his first two seasons was a knee injury. He failed to participate in spring practices, which opened the door for Costello to come in and start. He moved with ease during the 2020 season, but it’s still a red flag.

Final Thoughts: I walked away impressed with the tape we have on Mills. Does this mean he will correlate into an asset on Sundays? I don’t think so. He has the tools, albeit raw, to possibly go to a team with a quarterback set and learn behind them. He has set himself to be a suitable backup. Would it surprise me if Mills become a starter in the NFL? Honestly, no, but I wouldn’t bet on it.

Draft Round: Fourth-fifth Round: My grading here was a struggle because I see him as my QB6. But after that top five, it’s a big drop to the next group. I could see him potentially go into the third round if someone likes him, but day three seems more likely.

Contribute: He has zero value unless you are in a deep, deep, deep fantasy league and even at that point you are living on a prayer.