A quick dive into the game of Memphis Tiger running back Kenneth Gainwell and why he should be on your radar. 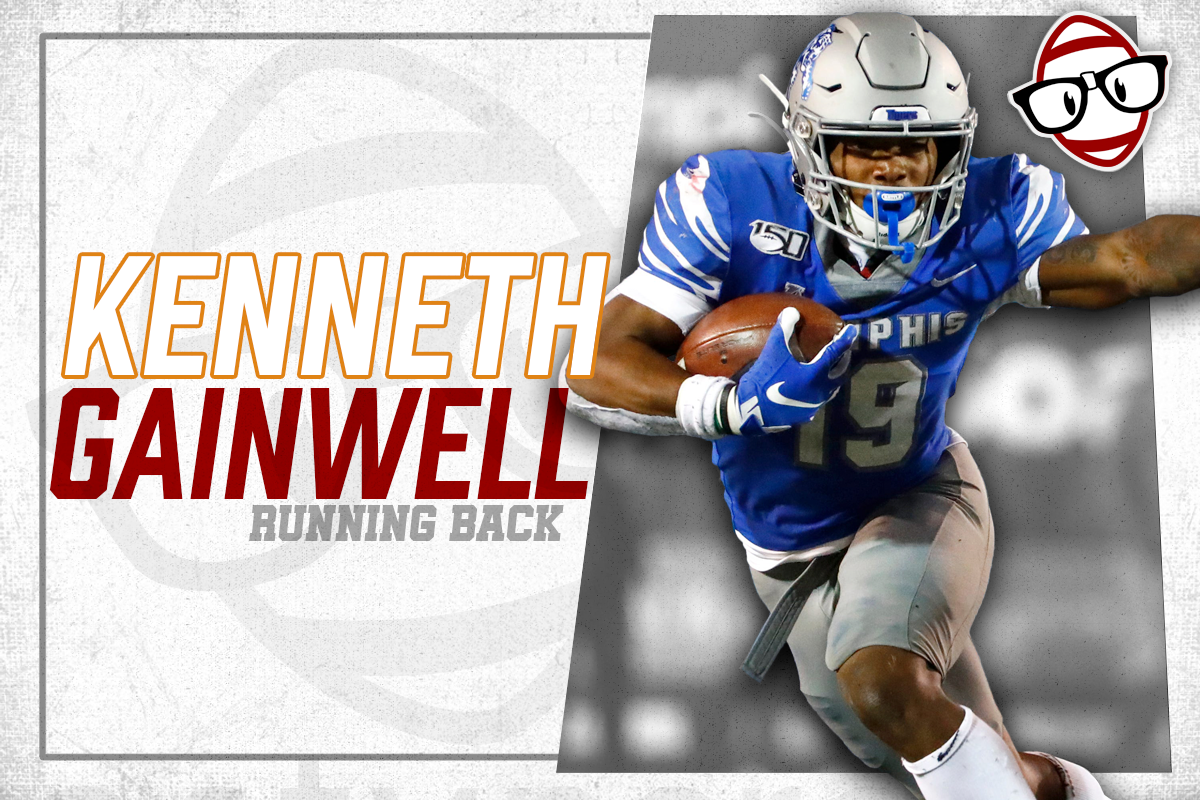 In a noticeably weaker running-back class, it is crucial to identify the back with the right mix of talent while also providing you value in your upcoming rookie drafts. One of the running-backs that I feel can provide this value is the Memphis Tigers dual-threat back Kenneth Gainwell. In this article, I will identify the pros and cons of his game and give you an idea of where you can look to see him drafted in the upcoming NFL Draft and your rookie drafts.

Kenneth Gainwell came to the Tigers program as a wildly under the radar recruit. Gainwell was a three-star recruit according to 247sports and was the 124th ranked athlete and 1,614th rated player. Gainwell was originally a dual-threat QB in high school before switching to RB. He chose Memphis, which was the first school to offer him, over schools like Ole Miss, Arkansas State, and Central Arkansas. He did not garner much work his freshman season, ending up redshirting. Gainwell was behind Darrell Henderson and Tony Pollard. However, he exploded onto the scene as a sophomore, finishing with 231 carries for 1,459 yards and 13 touchdowns while adding 51 receptions for 610 yards and another three TDs. This was good enough for a 30% dominator rating as a sophomore. So what are some of the highlights of Kenneth Gainwell’s game? Let’s dive in.

One of the first things that stands out to me about Gainwell is his vision and his footwork. Gainwell shows an innate ability to follow his blockers to the open hole and then break down defenders in open space to create separation in the open field. This led to him 791 yards after contact his sophomore year. Check out this play where he does just that.

Here is another clip of gainwell showing nice elusiveness in open space.

One of the other strengths of Gainwell’s is his pass-catching ability. Gainwell has the ability to be an immediate impact player in his PPR leagues. He finished his sophomore season with 51 receptions and is one of the best pass-catchers in this class. Check out this video of Gainwell showing off his ability as a pass-catcher.

One of the things that is not talked about as much when it comes to Gainwell is his pass protection ability. He shows a willingness as a blocker and can get nasty in the trenches. Check out this next video of him laying out a blitzing defender.

Gainwell is not a perfect prospect, and there are a few areas he can improve on. The first is a tendency to have focus drops. While Gainwell only had three drops, he can at times try to run in space before securing the ball. This can be seen in the video below.

Gainwell is going to be the perfect middle round steal in your upcoming rookie drafts. Due to sitting out last year, many people forget just how good of a player he is. He is explosive through the hole and shows great balance and elusiveness in the open space. He is also one of the best pass-catchers in this draft and can immediately produce in the passing game for an NFL team and your fantasy roster.

While Gainwell does not profile as a three-down back, he is the perfect compliment in a committee to a first and second-down thumper. If he were to land on a team like the Green Bay Packers, with Jones heading to free agency, or the Steelers to compliment the lead back there, the sky’s the limit for Gainwell. He should be a day two pick in the NFL draft, and a mid-second round pick in your rookie draft. For the skill-set that Gainwell provides, this is a smash pick for your dynasty rosters next rookie draft season.

Tiers are falling: My Superflex tiers
The Tiers of a Clown: My 1QB rookie tiers