While he saw a bitter end to his college career Kyle Trask had an impressive season in 2020. @Marco_14P breaks down how should value him heading into your rookie drafts! 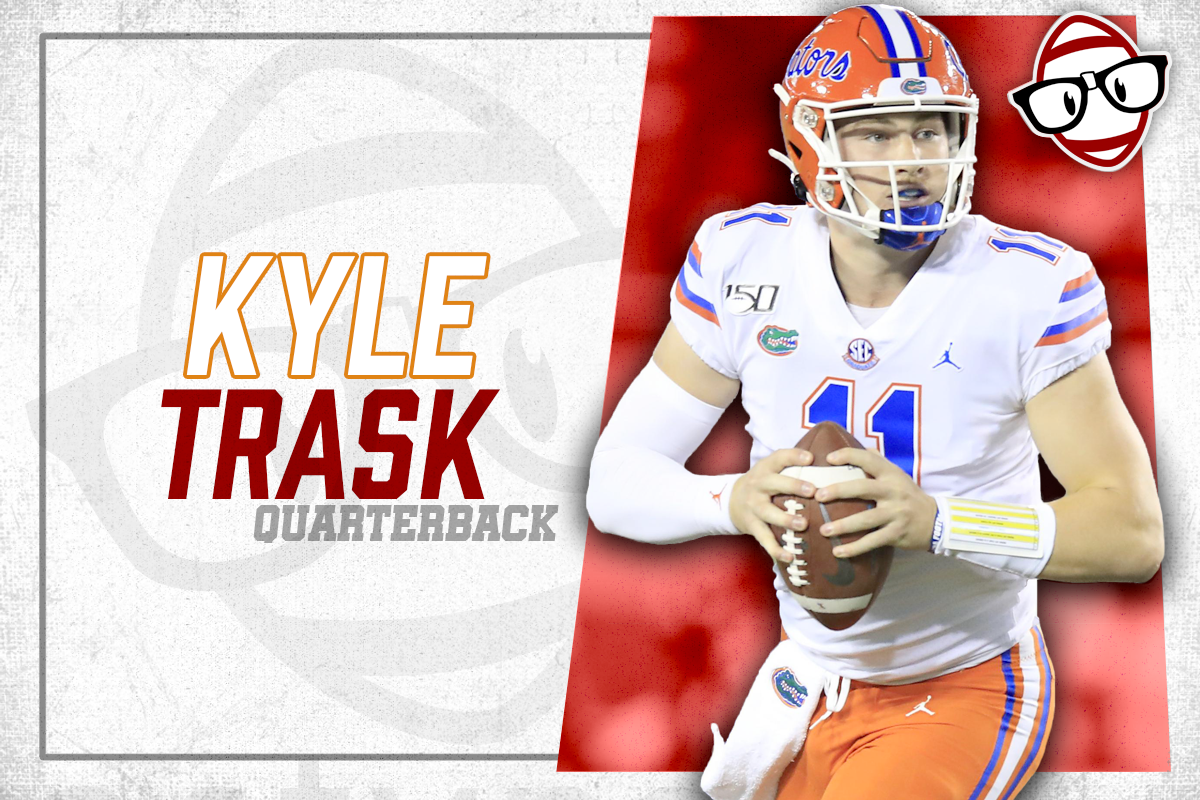 The 2021 quarterback class is one that is under intense scrutiny during this time of year. Lawerence, Fields, Wilson, Lance, Jones all of these names go back and forth. Who is going to be the next great franchise quarterback? Everyone has their take right now, but one name has started to fall off when looking at this class, and that is Kyle Trask. So let’s dive into this former Florida Gator and what we can expect heading into dynasty drafts and beyond.

Kyle Trask has seen a slow ascension to the player we saw over the past two seasons. He wasn’t handed the reigns for the Gators until his redshirt junior season. His maturity at the position was one reason we saw him make an enormous jump this past season. Trask has an impressive career average of nearly 68% completion with a steady improvement from year to year. In 2020 he eclipsed the 4,000-yard mark as a passer while also throwing for 43 touchdowns and only eight interceptions. Trask earned some Heisman hype and even some early first-round draft talk by mid-season. He eventually fell short of the Heisman finishing fourth in voting, and unfortunately, had an abysmal showing in the cotton bowl, throwing 3-ints and getting benched for Emory Jones.

Trask shows tremendous confidence when in the pocket, and his ability to stay calm in the pocket under pressure is one reason why his accuracy is such a substantial part of his game. He especially thrived when hitting intermediate routes and working the sidelines.

He can deliver the ball to every level of the field, and while he is limited when it comes to his athleticism at the position, he more than makes up for it with his high IQ as a passer.

One of the most significant issues with trusting a prospect like Kyle Trask is his lack of experience as THE GUY leading a team. With that lack of in-game work comes some areas that will need significant improvement. Trask has moments where he gets caught lingering on his first read too long, causing him to telegraph his passes or plays to break down. In those instances, he shows poor decision-making throwing into double or triple coverage far too often.

One of the more glaring issues for Trask is his inconsistent footwork and mechanics. Some of his throws lack the power to get where they need to go, and he either misses his target or is bailed out by a big-bodied or aggressive receiver.

Many of Trask’s footwork issues are prevalent when looking at how he utilizes his front foot. He sometimes side-steps when stepping into his throws or has a hop motion that can take away some of this zip in his passes on deeper routes.

Ultimately Kyle Trask looks like a bit of a project at the NFL level. He profiles as a developmental player. BUT he still may be able to make an impact during his career for an NFL team. In time Trask could find himself as a starter at the NFL level with some good coaching and decent weapons. I see a younger version of Nick Foles right now with the potential to develop into a Jimmy Garoppolo tier of Quarterback.

He will probably go in the third round of rookie drafts (Assuming 12-team 1QB league). He is a long shot at being someone who can help your dynasty team win significant matchups right now.