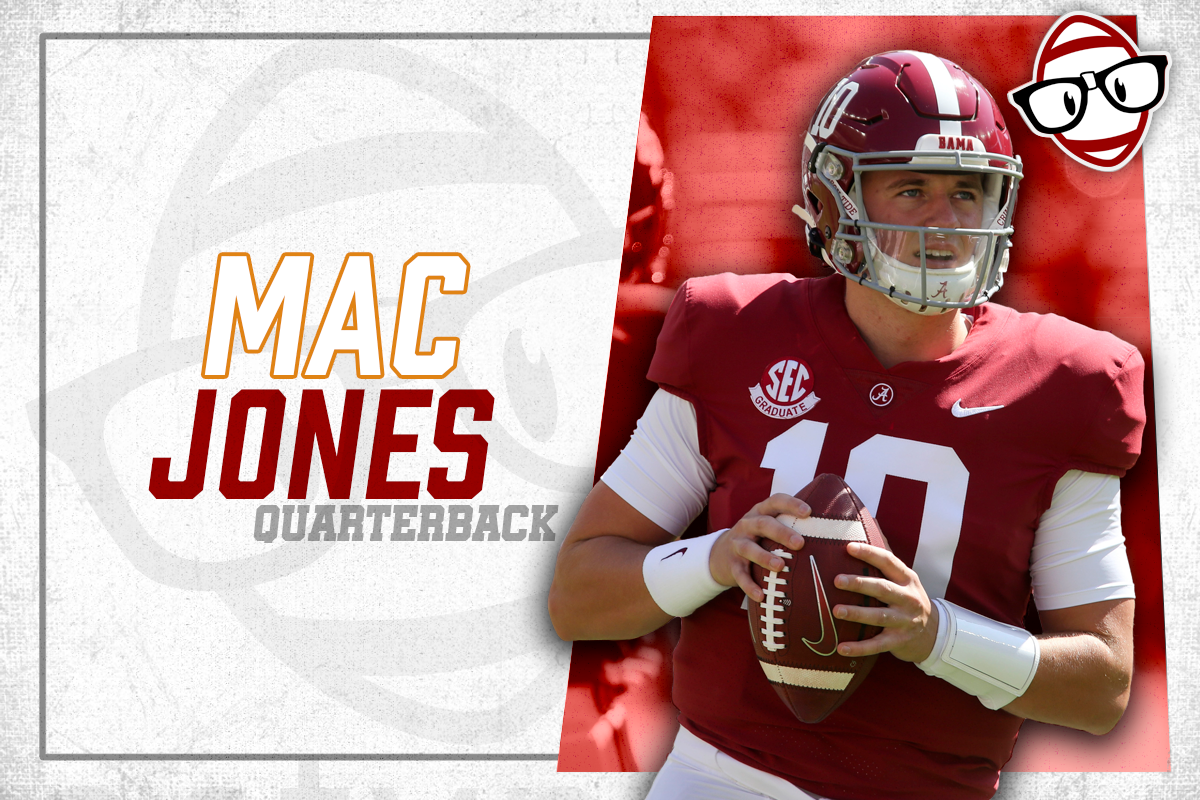 At the start of the 2020 season, there wasn’t a guy with more pressure on his shoulders than Mac Jones. The junior was expected to take over for the departed Tua Tagovailoa but first had to hold off five-star recruit Bryce Young.

If Jones made a wrong move, he was likely headed to the bench. Instead, Jones played at a high-level and raised his stock as much as anyone in the 2021 draft.

I am going to break down the strengths, weaknesses, and ideal landing spots for Mac Jones.

Many like to point to the receiving crew that helped Jones throughout the season. While he did have the Heisman Trophy winner helping him, the Tide rode Jones’s arm to the championship. Above is just a few examples of what we saw from Jones in 2020. He consistently put the ball where it needed to be for his receiver to catch and run. He has some of the best accuracy of anyone in this class.

Shift in the pocket

Nobody will mistake Jones for Zach Wilson or Trey Lance in the pocket. However, one of the things that stands out is his ability to step up into the pocket and make plays. Below Jones makes an adjustment, steps up, and completes the pass while taking a hit.

Not only is he shifty in the pocket, but he is also calm, cool, and collected. Time after time, you see him make big-time throws like below while preparing to take a hit. Jones has a knack for making the throw regardless of what’s coming his way.

In 556 career pass attempts, Jones threw seven interceptions. Those numbers equate to one interception per seventy-nine pass attempts; only Trey Lance (on 288 attempts) has a better ratio. Jones does not make costly mistakes when the game is on the line.

One of the glaring things that you see in Jones’s game is his lack of mobility. With the ever-changing speed of the defenders, will this be an issue for Jones? I believe he can still thrive on Sundays regardless of this, but his stock may take a hit.

While I like his grit on the field, Jones will have to learn how to protect himself better. Far too often, I saw him taking some unnecessary hits. I’d like to see him improve his pre-snap reads as well. He should improve this skill while working in an NFL system.

Final Thoughts: Jones is my QB3 in this draft. I think he is as ready as Trevor Lawrence or Justin Fields to take over for a franchise and lead them on Sundays. He is smart with the football, shifty in the pocket, and has excellent ball placement on every level.

Draft Round: 1st Round. Jones will be a first-round pick, likely going in the bottom half of the opening round.

Contribute: Jones can be a Day 1 contributor.