2021 Devy Running Backs on the Rise 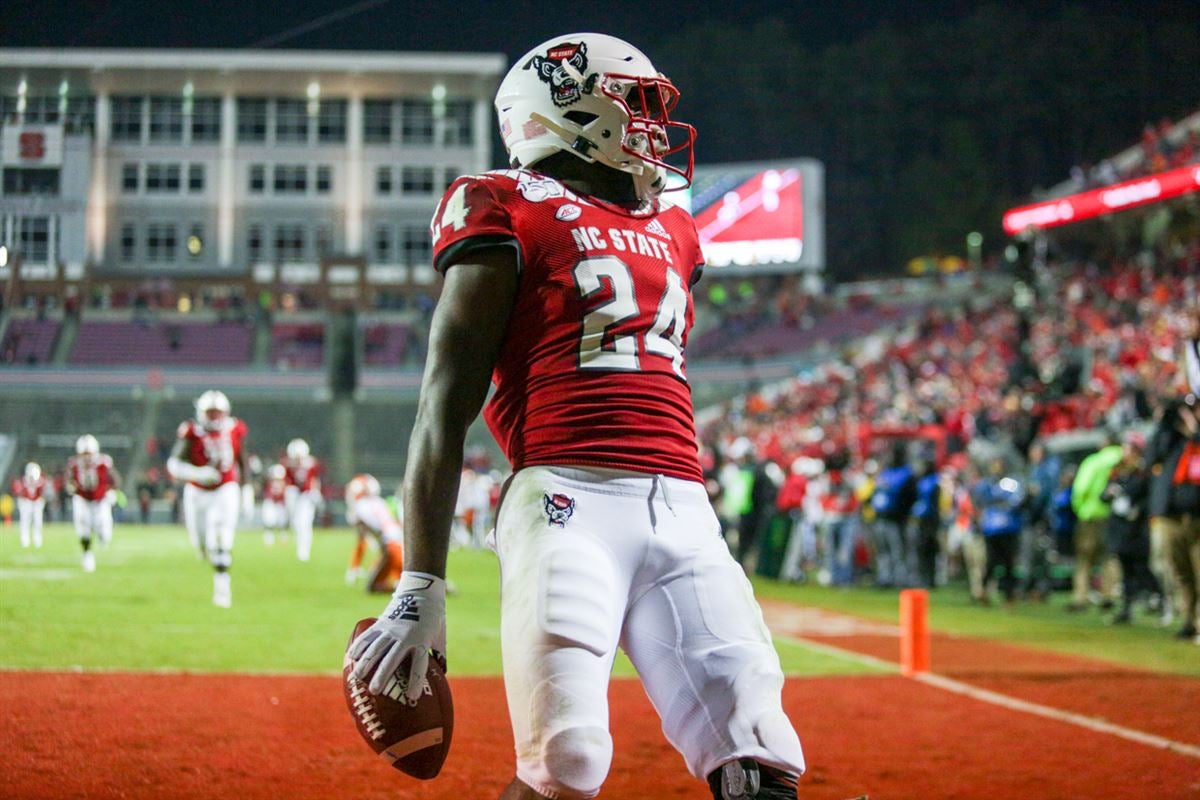 Now that Spring games have come and gone, it’s time to start looking toward the 2021 college football season. There are a few running backs set to take a giant leap forward. Let’s take a closer look at a few names who could quickly rise in Devy ranks.

Entering Madison, Wisconsin, as a four-star recruit from the famed Don Bosco Prep in New Jersey, Jalen Berger would only appear in four games as a freshman. Regardless, he managed to obtain 301 rushing yards and two TDs for the Badgers. In that limited action, Berger averaged five yards per carry.

He has ideal size and strength at 6’0, 210 pounds. It’s also worth noting that Berger’s a physical downhill runner between the tackles. Below is a tweet from the Wisconsin football Twitter account that makes a great play on Bergers’ name and provides a snippet of his ability on the field.

Opportunity awaits Berger in 2021. Fellow RB Nakia Watson left the program, while Senior Garrett Groshek has moved on. The Wisconsin backfield is shaping up to be solely Jalen Berger’s responsibility.

If Berger can develop a little bit more of a three-down skill set, the sky’s the limit. Keep an eye out for Berger to become the next name in a long line of great Wisconsin running backs.

Zach Evans came into TCU touted as one of the top-ranked running backs in the country. He didn’t produce a ton in his freshmen season, but he certainly didn’t disappoint in his limited action.

Evans gathered 491 yards from scrimmage and 4 TDs in his first season. He averaged an impressive 7.9 yards per touch. Now Evans looks to take more significant strides in 2021 as the featured runner for the Horned Frogs.

TCU tends to rotate in running backs, so we shouldn’t expect a crazy amount of volume for Evans. RB Darwin Barlow should mix in with Evans, but there’s no denying who the most talented runner is. Hopefully, this situation sees the cream rise to the top.

Evans managed two 100 yard rushing efforts to finish off 2020, which hopefully serves as a springboard for what’s to come in his sophomore campaign. He has a chance to burst onto the national stage and claim stake as one of the country’s premier running backs.

Re’Mahn Davis is taking his talents to the SEC as one of the more important transfers in college football. Davis exploded onto the scene at Temple in 2019 as a freshman. He totaled over 1,100 yards and 10 TDs. Because of that stellar season, Davis earned first-team All-American honors as a freshman, according to Pro Football Focus.

RB Keyon Henry-Brooks entered the transfer portal and will leave Vanderbilt, which will free up the backfield even more for Davis. While RBs Jason Marlow and Rocko Griffin remain on the roster, it should be Davis’s backfield from the start. He’s a stout back at 215 pounds, powerful, and capable of handling a heavy workload. Fellow Nerd, Jared Wackerly, has noticed Davis, and went out of his way to make sure you keep an eye on him for the upcoming 2022 NFL Draft.

However, don’t forget that Davis is making a giant leap going from the AAC to the SEC. Time will tell if he can rise to the top with the increased competition. His track record suggests that he’s more than capable of doing it. If Re’Mahn Davis can successfully leap into the SEC, he’ll make a big jump in devy circles.

Zonovan “Bam” Knight’s one of my favorite running backs flying under the radar in Devy leagues. He’s averaged 5.5 yards per carry in each of his first two collegiate seasons, and that’s not on a limited workload. Knight’s also accumulated 1,714 scrimmage yards and 15 TDs in two seasons.

The most significant leap in Knight’s game may have come in the passing game. Knight hauled in 20 receptions in 2020, proving he’s an effective three-down running back. However, his usage has been a bit frustrating at North Carolina State.

While doubling his touchdown total from year one to year two was great to see, Knight saw only seven more carries than in his freshman year. That proved underwhelming considering the talent he put on display. If head coach Dave Doeren fully commits to Knight in his junior season, expect him to soar up devy rankings.

It’s never been a question of talent for Keaontay Ingram. It’s always been about putting it together. Ingram is a gifted runner with great hands and NFL size at 6’0tal, weighing 222 pounds. He moves from Texas to USC to finish off his collegiate career. Hopefully, Ingram can make some noise while he’s at it.

With star running back Bijan Robinson at Texas, Ingram decided it was time for a fresh start. USC looks like the perfect opportunity for just that. The running back room at USC is a little thin with the departure of Stephen Carr to the transfer portal.

The time appears to have finally arrived for Ingram to show off what he can do in a featured role. He stands to make a gigantic leap in devy circles playing on the west coast now.

You can now get access to the current and up-to-date 2021 devy average draft position list. If you want exclusive rankings by our devy experts, you can sign up for DynastyGM. You’ll get not only those rankings but also get game-changing tools like the trade calculator. Make sure to keep it here at Dynasty Nerds for all your devy and dynasty needs!