Mock Draft 3.0 round two coming at you live!! Did your favorite sleeper make it into the second round. Read up and see!! 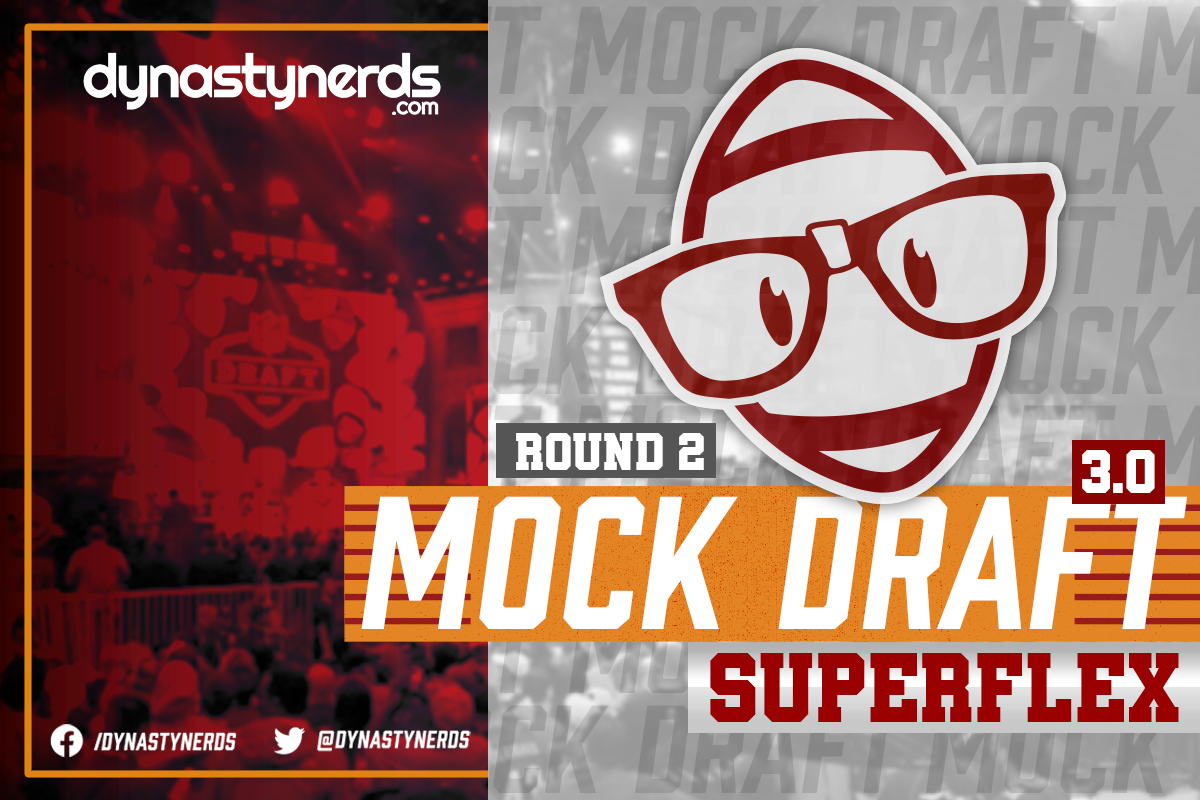 We have finished the college season with a bang. Alabama came out and beat up on Ohio State to lay claim to the National Championship. We are getting closer and closer to the off-season, so it’s time to get you ready for your rookie drafts. Our devy team decided to help give you an idea of just how deep this draft class is. Today we will do round two of a two round Superflex rookie draft mock. Find round one here. Check out the bottom of the article to see how some player’s value may have changed since mock draft 2.0

Bateman could be a dominant WR1 at the next level or a good WR2 who never puts it all together. He is phenomenal after the catch, runs great routes, and does a lot well. Occasionally the ball gets in on him, and his blocking effort could use some work.

Mac Jones is the last of the elite quarterbacks left in this class and my third-ranked quarterback for this class. I’d rather take my chances on a quarterback with likely first-round draft capital than grab a wide receiver.

Getting Amon-Ra at 2.04 is a win for me, too; with no QB here worth grabbing, St. Brown was my selection, and I feel like he is currently undervalued (He’s the best of the St. Brown boys.)

While he certainly has some flaws in his game, Terry has long demonstrated a commitment to his greatness and a commitment to football. Whether it be playing defensive end in high school when coaches asked, committing to the strength and conditioning program at FSU, or choosing to play injured through the 2020 season instead of opting out, Terry has consistently demonstrated he is willing to work to be great.

This running back class is fascinating. We don’t have the insane talent at the top that 2020 had, but there’s a deep, wide second tier of talent, and it’s going to get pushed way down the boards by the stud QBs and WRs. No one’s talking about him yet, but by fall, you’ll find Sermon at or near the top of that tier. The shortened season and a bit of a timeshare with Master Teague have kept Sermon off the radar for casuals outside of Ohio. Still, in the past few weeks, the senior has absolutely exploded, dominating two of the league’s best defenses to the tune of 589 yards and 3 TDs. Tough, elusive, and possessing great hands, Sermon is built in the mold of Kareem Hunt or David Montgomery. He’s a steal at 2.05.

Jermar Jefferson is a running back who is not getting enough credit this season. He has the 18-year breakout age when he ran for 1,380 yards as a true freshman. He came into last season and got injured and ended up splitting time with Artavius Pierce. This year, Jefferson has rushed for over 850 yards in six games. He’s currently averaging three explosive runs a game (these are runs over 10+ yards.) This is the third-best in the nation. Throughout his college career, Jefferson has shown that he is a willing and capable receiver out of the backfield as well. Jefferson is my running back four in this class and the last NFL workhorse left, in my opinion.

In the first round, I went with the easy pick of a first-round QB. This time around, I am gonna swing for the fences and select the speedster out of Oklahoma State. Few players hurt their draft stock as much in 2021 as Chuba. Had he come out last season, he would have been in the conversation for the top RB in the class. His loss is my potential gain. Despite a down season that saw him feud with his HC and plummet from 6.4 to 4.7 YPC, I am betting on the 2019 Chuba making an appearance in the NFL. His 2019 was just too special to ignore at 328/2094/21. Picking from the seven-hole, it’s pretty hard to imagine getting a better haul than Zach Wilson and now Chuba Hubbard.

Despite his disappointing finish to the 2020 season, Trask remains a first-round prospect and he’s a steal at this stage in the draft.

I took his teammate with my first pick, so why not team them up together again. We saw what Terrace Marshall did with and without Chase. He’s arguably a top-five wide receiver in a deep, wide receiver class. Marshall shows he can be that lead dog and have the offense funnel through him.

Originally I drafted Chris Olave here but due to him returning to school I pivoted to Elijah Moore. Moore may be undersized, but his production this season speaks for itself. By far the best receiver in the SEC this season (yeah, I said it), Moore is positioned to be a team’s starting slot receiver as soon as he enters the league. If what we’ve seen from him this year is any indication, the Ole Miss star could be a handful at the pro level.

Jordan has the potential to be a true difference-maker at the TE position and an easy pick at this point. A WR is a TE body; he is fast, smooth, and will create huge mismatches in the right offense.

The depth of WR in this class should have dynasty managers excited. Tylan Wallace at the end of the second round is a great value in this early mock draft. Wallace led the Oklahoma State Cowboys in receiving for three straight seasons and finished his college career with 3,384 yards and 26 touchdowns. Tylan Wallace has a great ability to make difficult catches and go up and get the football at its highest point. The Senior Bowl will be a huge step in his pre-draft value. Dynasty managers would benefit greatly if he remained a mid to late second-round pick.

This completes the second round of the SuperFlex Mock Draft 3.0. Check out round two for the 1QB Mock Draft 3.0 being released later this week. We on the devy team will continue to do these every month leading up to our favorite time of the year, draft season. Continue to check back for all of our devy and NFL draft content as we push closer to the NFL draft.