Flexy and I Know It: Week 9 Flex Starts/Sits 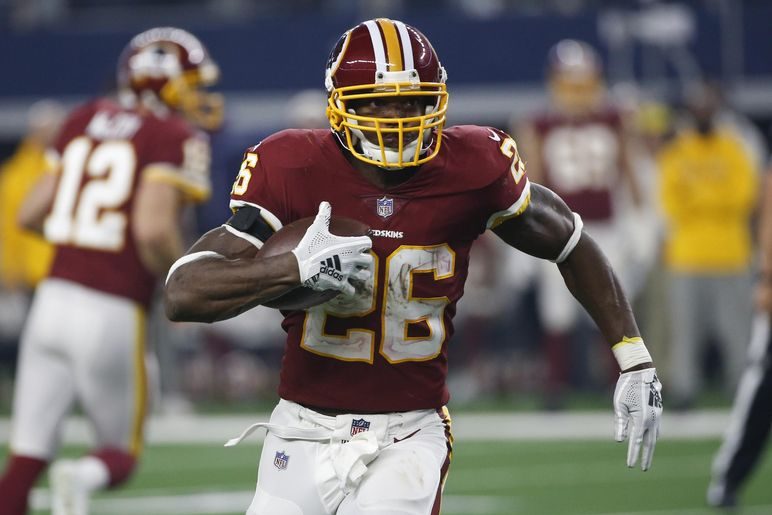 Man, it is rough out there. We are in the heart of bye szn and there just are not a ton of options to pick from. Hopefully, my thoughts below can lend a helping hand in your FLEX decisions this week.

This week, Washington draws the Buffalo Bills. Buffalo’s defense has taken a step back from their elite start to the season and thus creates a relatively favorable matchup in a bye laden week 9. Maybe you don’t have much choice but to actually start Adrian Peterson. I’m here to tell you that you’ll be ok. Guice has begun to practice again, but I’d be surprised to see him back this week. That means that Peterson should still see a steady workload and should hit a 10 point floor. Keep your fingers crossed that Peterson is able to carry one across the goal-line and we’ll all be sitting pretty.

We’re not done with this Washington-Buffalo game yet. Devin Singletary is also a very good play this week. Washington, according to sharpfootballstats.com, allows more targets to the running back position than any other team. However, they’ve actually been pretty good at containing it. Nonetheless, the opportunity for Singletary to make plays will be present. Singletary should still see about 5 carries with Gore handling the bulk of the work in that department, but the passing game should be all Singletary. You’re probably hoping for a touchdown this week to really boost Singletary’s week, but he should be productive regardless.

It’s a big “if”, but if Dede Westbrook is healthy, then he is one of my favorite plays this week. It’s important to note that the Jaguars did allow Westbrook to start the game against the Jets last week, but the neck injury nagged too much for Westbrook to overcome. It’s worth monitoring throughout the week. The Texans have shown the ability to be able to put up points (less so with Will Fuller hurt, but still). The Jaguars have been pretty solid on the offensive side of the ball this season. This game is in London. I normally don’t advocate for games in London, but Westbrook has a solid 10ish point floor when he plays a full game. Now, if only he could start scoring touchdowns…

The Vikings are one of the better defenses in the NFL and aren’t going to be beat by the RBs. Anthony Barr and Eric Kendricks will be responsible for shutting down Lesean McCoy, Damien Williams, and Travis Kelce. All in all, I simply don’t like the matchup for McCoy. Minnesota is going to make Kansas City beat them through the air and the running game could be abandoned rather quickly.

There’s not really a lot to like about Drake’s matchup this week. It’s his first week with his new team and they’re on a short week hosting one of the best defenses in the entire NFL. Now, begin to factor the lack of talent among the offensive line and the task that they have in trying to slow down this powerful 49ers defensive front and yikes. I actually like the move to Arizona as a whole for Drake, but this week is one where I will certainly be passing on him. There are just too many negative factors for me to take the risk.

The Broncos have been an underrated pass defense all year long; currently 3rd worst for opposing WRs. EDGE rushers Von Miller and Malik Reed who is filling in for the injured Bradley Chubb should be in-line to have a big day against this porous offensive line and Baker Mayfield could be under distress for most of the day. Landry will still get his opportunities, but there are other, better options that you should be looking at to fill in your FLEX this week.