Everyone wants to talk about breakouts, but what about bounce backs? Here are Jordan Rains’s 3 favorite bounce-back IDP fantasy football players for 2021. 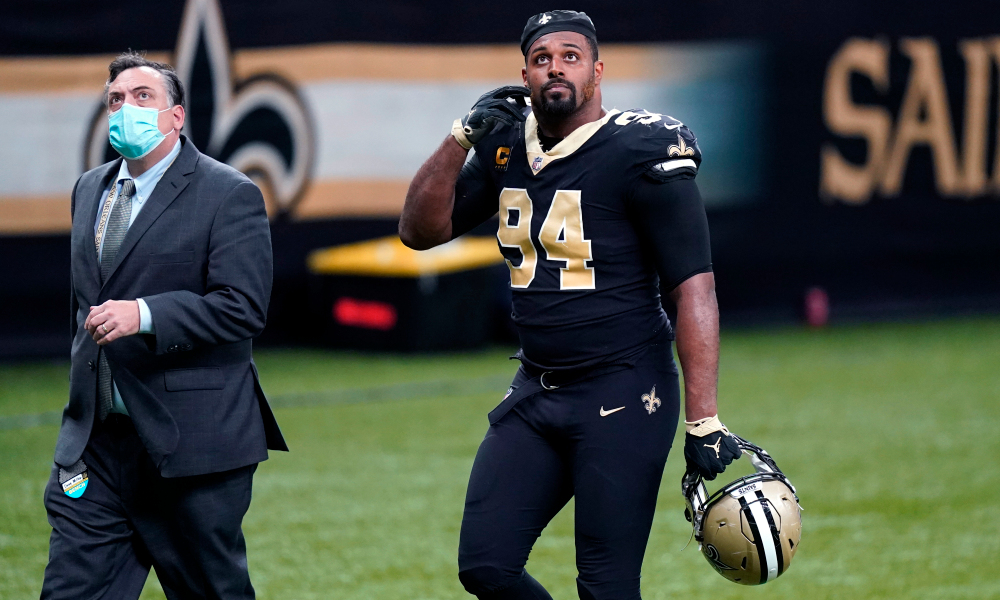 Every season in fantasy football there are guys who surprise us. Some for good reasons (James Robinson, Jeremy Chinn, Lamar Jackson) and some for bad reasons (Josh Jacobs, Juju Smith-Schuster, Maxx Crosby). When a player surprises us for the wrong reasons, we usually see them in a more negative light than we did previously. From personal experience, I can say that there are players who have hurt me that I refused to roster again. And that hurt my dynasty game for a while. Instead of viewing all surprise disappointments as failures, I’ve adopted a more positive mindset: looking deeper than the pain for the gleam of hope and surprise joy that is a bounce-back season!

Here are a few of my favorite candidates to bounce back in 2021 IDP fantasy football.

It was a down season for Cameron Jordan in 2020. And it was more noticeable than it may have been, had he not been coming off such a great 2019 campaign. In 2019 Jordan posted a career-high 15.5 sacks, which was 3rd in the league behind only Shaquill Barrett (19.5) and Chandler Jones (19). To go along with those sacks he had 19 Impact Plays. He would finish the season comfortably inside the top 10 defensive linemen.

But 2020 didn’t treat the Saints kindly. Michael Thomas and Drew Brees both dealt with injuries and Jordan didn’t find himself in as many favorable situations. His sack production dipped to just 7.5, less than half of what he produced in 2019. It was also a relative down season in TFLs for Jordan as well. He ended the season with just 11 TFLs, his lowest since 2014.

So, why buy into a potential bounce back? In 2020 Cameron Jordan played the lowest number of defensive snaps he’s ever played. Just 816 defensive snaps. Even so, he produced 51 combined tackles, which is an elite number for a DL player in IDP. So the floor is intact. Trey Hendrickson, who lead the team in sacks in 2020, left this offseason for the Bengals. There’s a lower quality of competition to finish sacks in 2021 than there was in 2020. We have seen Cameron Jordan hit double-digit sacks in 5 of the last 8 seasons and he has never missed a game in his 10-year career. Betting against him is, simply put, a bad bet.

One of my favorite players to watch in the NFL right now is Harrison Smith. He has such a distinct stance when he’s stalking the middle of the field like a leopard. Hunting. And it was another successful year for the ballhawk, who came down with 5 interceptions for the 3rd time in his career! So you are probably wondering why he didn’t finish higher given 5 INTs and 16 games played…

It’s not really his fault! Smith actually put up better overall tackles totals than he had the previous 3 seasons. But there are 2 factors primarily at play in my opinion. The first, the fact that Eric Kendricks was playing lights out football at the middle linebacker position in 2020. And so was Eric Wilson. Traditionally Anthony Barr plays the second LB position for the Vikings and he’s not in the same mold as a traditional off-ball linebacker so he’s less competition for tackles than Wilson. Looking at the ratio of solo to assisted tackles for Smith across his career, he saw a shift towards more assisted tackles and fewer solos. Though it seems like a small thing,  if you convert 10 of Smith’s 2020 assisted tackles to solos, which is much closer to his career averages, he would have finished the season as the DB12, ten full spots higher.

The other was the very slight dip in Impact Plays into the teens (18) for the first time since 2016.

Wilson has since moved on from the Vikings so Barr should be back out there letting other players make tackles. And the Vikings anticipate getting game-wrecking defensive end Danielle Hunter back into the lineup. These are both indicators that Harrison Smith should be back up to his old tricks as a high-level impact player and DB1 in 2020.

Although Jamie Collins started out the season fairly strong, posting two 20 point games in IDP123 Default Scoring, most fantasy managers seem to only remember his slow fizzle to end the season. Which ended with Collins being shut down with a neck injury. And while fantasy football is a very “what have you done for me lately” type of game, wise managers are getting right back on the horse with Collins in 2021.

Even though Collins played an abbreviated season, he still managed to put together a good season. He went over 100 tackles in 2020, something he didn’t manage to do in more games in 2019. So the floor is intact. He also managed to accumulate 6 passes defended, 6 tackles for a loss, 3 forced fumbles, 1 fumble recovery, and an interception. That’s a grand total of 18 Impact Plays! Hashtag good, as the kids are saying.

And maybe you’re a bit concerned with the new coaching staff. This is reasonable because this regime didn’t bring Collins onto the defense. That was former Lions Head Coach, Matt Patricia. But I did a little research and it turns out this new coaching staff has big plans for Collins as the centerpiece of this defense. They restructured his deal to clear up some cap space for Jared Goff and Jamal Williams, as well as the rookies coming in, but kept Collins under contract for 2 more years. The Lions also didn’t invest any draft capital into the linebacker position. He may not be flashy, but Collins is a screaming value after a “meh” season.

Buy low on these players. They’re far from the apple of any dynasty managers eye, I’d presume. And in some shallower leagues, there’s a chance you may even be able to find Collins or Harrison on waivers. But if you look at their track records and stability you can see there’s still high-level value to be harvested here that could send you into 2022 as a dynasty champion.

Check out the incredible Dynasty Nerds apparel and sign up for the Dynasty GM tool if you haven’t already! And if you love video content, the Dynasty Nerds Youtube Channel and The IDP Army are absolute must subscribes! Follow me on Twitter, Jordan Rains, for more dynasty fantasy football content. Cheers.