3 Players in the Top 100 that Could Sink Your Team 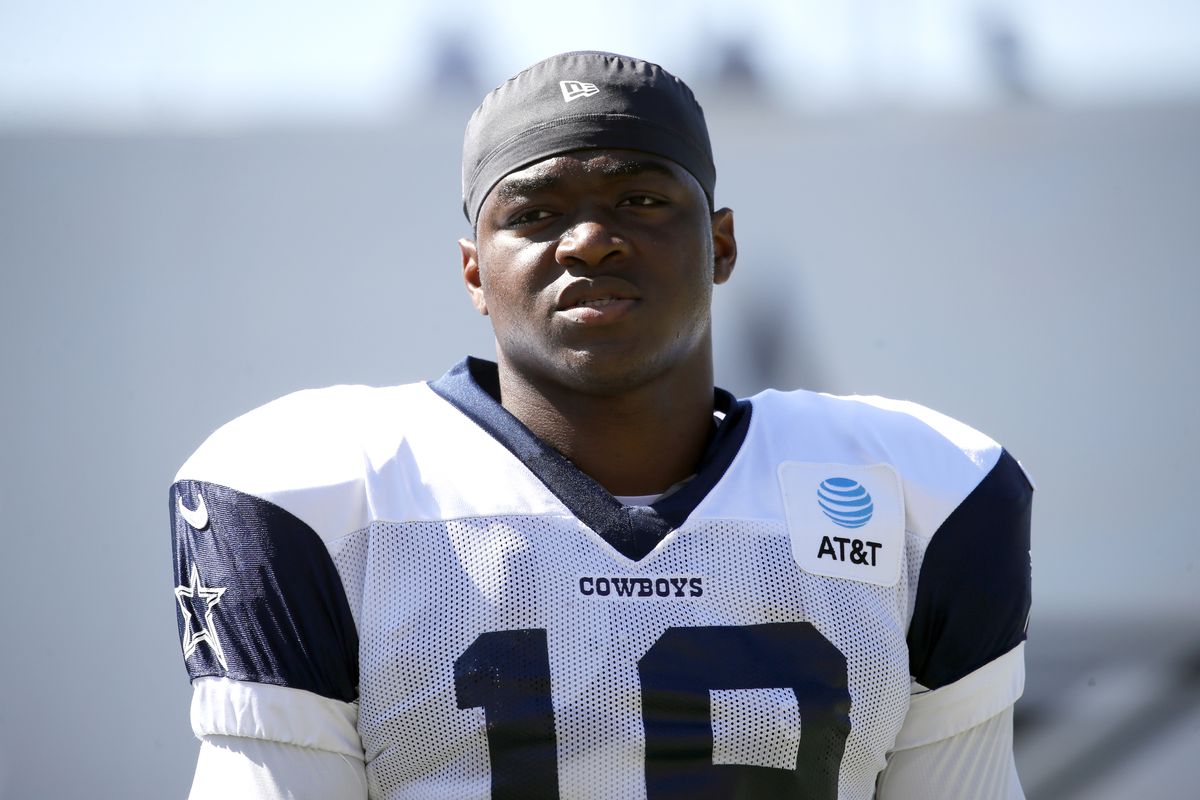 With the last big draft weekend afoot, we here at DynastyNerds want to help build your best team. Part of drafting a winner is avoiding land-mines, players that seem like good values but can detonate your season before it starts.

To that end, here are three players in the DynastyNerds top 100 that will sink your team. Avoid!

With three 1000 yard seasons under his belt and a top 20 positional finish last year, Cooper may seem like a safe bet based on his surface statistics.

But don’t be fooled. While his end of season stats always look nice, the way he gets you there is rougher than a bucking bronco and leaves you just as sore.

And don’t buy the hype that he improves upon his trade to the Cowboys- his bust rate in Dallas was still 50%. There’s some hope that Kellen Moore’s scheme brings a higher floor to this volatile player, but, at his third-round ADP I’m not buying.

I know, I know. Baker’s great. From the constant buzz surrounding him, you’d think they’ve already cleared out some space in Canton for the bust.

He broke the record passing for TDs by a rookie, despite starting only 13 games. Mayfield was the QB9 after Freddie Kitchens took over. While he looked great doing it last season, he’s looked even better so far this preseason, even without his brand new pro-bowl receiver Odell Beckham Jr taking a snap. It all seems like a sure-fire recipe for success.

But there’s a lot of unanswered questions in Cleveland still. Can Kitchens really steer the ship? Will the offense live up to the hype? And can that line keep Baker upright?

Questions aren’t what I want in an early-round QB. If you insist on taking a QB early, despite many experts urging you not to do so, then at least take Aaron Rogers. Take the guy who finishes every year as the QB1 or QB2, who’s averaged 21 PPG (points per game) over 11 years as a starter, who throws 31 TDs a year, whose ADP is depressed after he played all of 2018 hobbling on one leg.

Even better, try waiting at QB. Grab a guy late, and, if he doesn’t perform, cut him and stream the position off the waiver wire. If it makes you feel better, grab two late-round QBs and play the matchups between them. As per Derek Lofland at FantasyPros, if you’d streamed Dak Prescott and Kirk Cousins last year, you could have scored up to 370.5 points- better then any QB not named Patrick Mahomes.

Speaking of Mahomes, where was he drafted last year? Outside of the top 12, in the 10th round or later.

Find value at the QB position.

If you draft Baker in the 6th, you’re giving up the opportunity to draft players like Hunter Henry, D.J. Moore, or Allen Robinson, potential studs at positions of greater scarcity.

This spot was reserved for Ezekiel Elliott until the news came out this weekend that a deal was likely.

I could put Melvin Gordon here as well and feel pretty good about it, although his ADP has at least sunk to reflect the likelihood of him missing meaningful playing time.

The principle is this: avoid risk in the early rounds. If there’s a good chance a guy is going to miss a lot of time, don’t draft him.

Similarly, if there’s a good chance of player is going to be in a timeshare or lose his job- and ADP does not reflect that- take a hard pass. This is why Damien Williams makes the “avoid” list.

D- Will looked good last year as the starting running back for the Chiefs. In fact, he looked great. With eight touchdowns in the final four weeks of the year, Williams was a league winner for fantasy players.

All summer, the coaches have proclaimed their love for Damien. “We’re asking him to be the full-time starter,” said Andy Reid.

Their actions have told a different story.

The Chiefs drafting Darwin Thompson wasn’t a surprise. He was a value pick at the end of the 6th round, the type of player where if he makes the roster it’s a bonus and if the team cuts him it is not a surprise.

It wasn’t the end of the world for D-Will’s status when Thompson started to get more work this summer. After all, Williams had a hamstring injury, and, naturally, the staff would want to know what they have in their draft pick. Preseason is largely about coaches determining who is going to make the final 53-man roster.

Though it started to raise some questions when Thompson dominated his pre-season competition, wise fantasy players knew that he was dominating against second and third-string defenses. He earned himself a spot on the team for sure, but we weren’t overly worried about Williams losing his starting job.

The 31-year-old McCoy didn’t look good last year for the Bills, and he’s long since passed the 2000-touch barrier generally considered to herald the end for a running back. But he was running behind a weak offensive line, with a rookie quarterback, against stacked boxes over 17% of the time (among the highest rates of any rusher).

Do you know who else didn’t look good? Damien Williams, in Miami. And yet a healthy dosage of touches in Andy Reid’s offense turned him into an instant stud.

I don’t know that McCoy is going to steal the starting job from Williams, but the Chiefs had enough questions about their running back room to pay Shady $4m- which, by the way, is $3.1m more than they’re paying Williams this year.

There’s still a chance that Damien Williams dominates touches and repeats his Cinderella story from 2018, but, in the second round, I want more than a longshot at a late-career breakout. I want a sure thing. You’re not going to win your league in the second round, but you can sure as heck lose it. I’m steering clear of any player with this many question marks.

Give me a shout and a follow on twitter @EKBaller Are you in the #NerdHerd? Join for just $2.99 per month you get exclusive consensus rankings, buy/sell tool, extra podcasts and more good stuff to help you win your dynasty leagues.

The Scout’s Eye: Gallup and Pettis
Transactional Analysis: A Look at the Weekends Moves