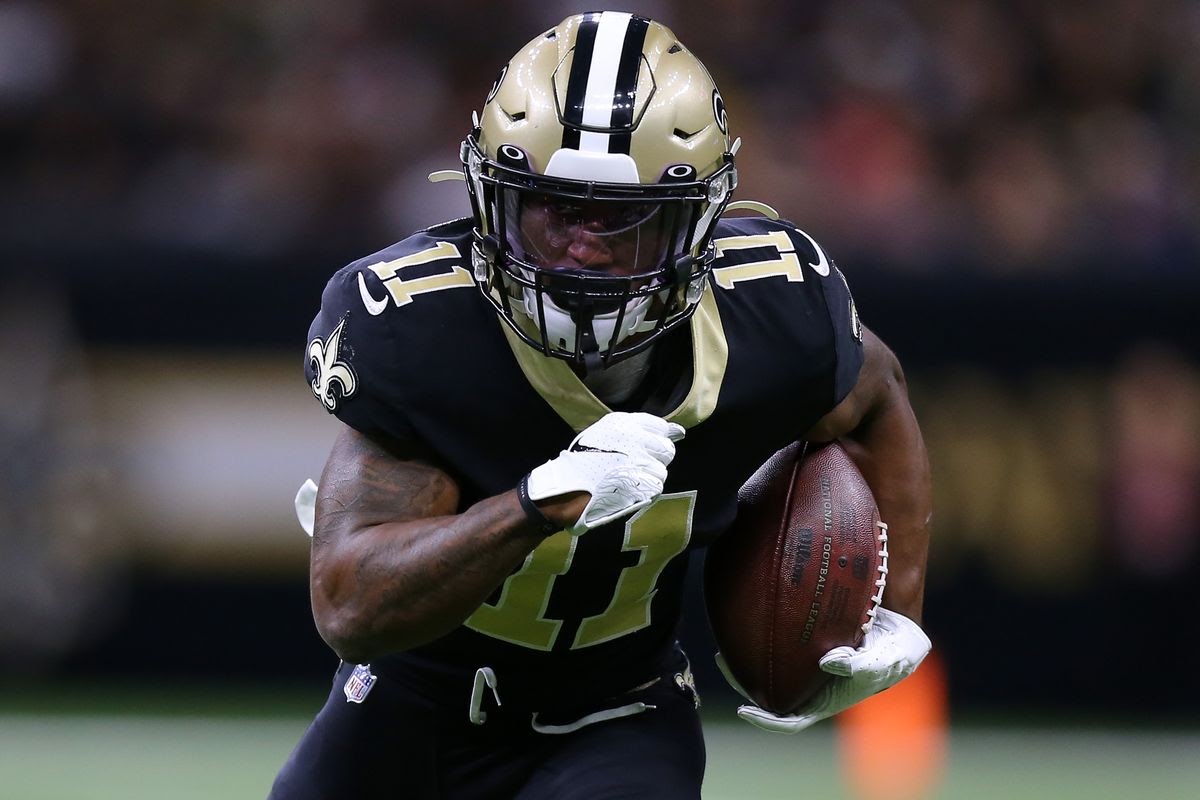 Hey Nerds! Well, the regular season and most of the playoffs have wrapped up but that doesn’t mean that your grind on your fantasy squads should stop. I’m here to give you three wide receivers to stash for your 2020 season. I did this same article last year (https://www.dynastynerds.com/3-wide-receivers-to-stash-in-deep-rosters/) and did fairly well with my Justin Watson call if you happened to make it to your playoffs where he produced touchdowns in two of the 3 fantasy playoff games.

There is a good chance if you check your waiver wire Deonte Harris is available. The undrafted rookie receiver was primarily used as a kick returner for New Orleans but that role could expand in 2020. Deonte Harris player comps to me as a smaller Tyreek Hill. New Orleans needs that explosive threat opposite of Micheal Thomas in the passing game that 34 year old  free agent Ted Ginn can no longer provide and Tre’Quan Smith has failed to provide. Harris would be my primary target off this list to acquire and is well worth a flier

The Ravens took Boykin in the third round of the 2019 NFL Draft and some scouts and analysts had Boykin as the better talent over Hollywood Brown. Boykin’s 2019 season was less than fantastic as he finished the year with 13 catches for 198 yards and 3 touchdowns. If offensive coordinator Greg Roman is able to expand the passing offense  Boykin could be a candidate to make a second year leap in a highly productive offense and should easily be a target for your dynasty team.

This may be the hardest receiver from this list to acquire as Butler was easily NFL twitter’s favorite wide receiver coming into the NFL draft and for good reason. Butler finished his junior college season with over 1300 yards receiving and 9 touchdowns. However, his entire rookie season was derailed with a hand injury that placed him on Injured Reserve. Butler has a ADP of WR 84 currently in start up drafts which seems crazy due to his hype but this is a what have you done for me lately game. The Cardinals could address the wide receiver position early in the draft which could help you buy Butler at a lower price.

Thanks guys for your continued support and be sure to follow me @dynastydadmike.I love to interact with you guys and help with your dynasty teams. God Bless!