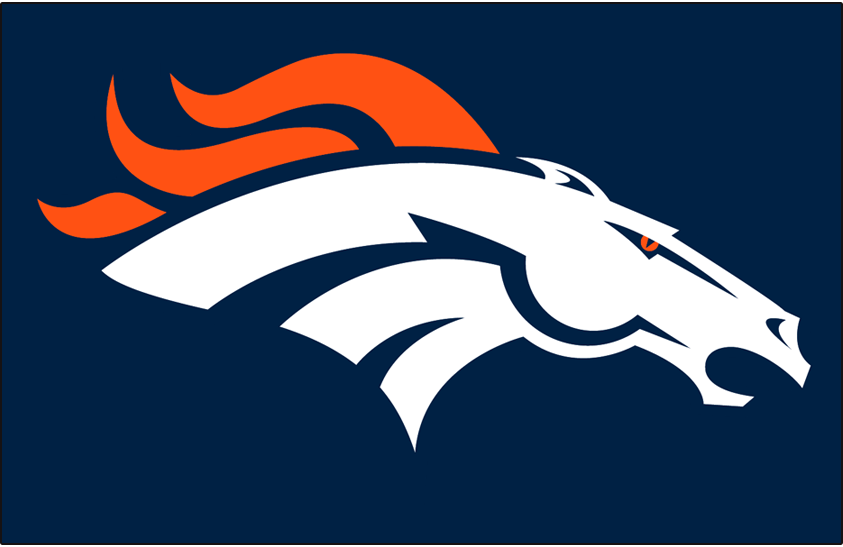 To say it’s been a few years since Broncos Country and the city of Denver has seen a championship and the caliber of talent that it had with the win in Super Bowl 50 over the Carolina Panthers would be an understatement. In recent years, it has been a rebuild of replacing older players who either were traded, sent out into free agency, or retired. The same formula to get back to that primetime and success is what has driven John Elway, a legendary Bronco, but questionable Vice President to most from an outside perspective. The reach for Joe Flacco in the offseason and the price point to take over his contract from the Baltimore Ravens that is 18.5 million this year, and jumps up in the next two years to 20.2 Million according to sportrac.com is shady at best.

But let’s look at it like this. Peyton Manning at the time of the Super Bowl victory was a game manager at best and a shell of the great performer he was at one point, being one of the best quarterbacks arguably of all time. Denver relied on the defense of Von Miller, Chris Harris Jr, Aquib Talib, and others to shut down their opponents, while its offense really just used the ground game of its running backs to wear down opposing defenses, keep the chains moving forward,and most importantly, hold chunks of possession and clock time. At the beginning of 2015 there in February, Manning could barely feel his fingertips and his body was not recovering as quickly as it used to after games. He was at the end of his rope when it came to his career. He made the proper throws needed to his receivers like Demaryius Thomas and Emmanuel Sanders just to keep things in forward motion and to ensure he had a chance of collecting his second Super Bowl ring.

Though I believe Joe Flacco is nowhere near the talent Manning was and even believe he is not in his prime nor as elite as some might have thought he could develop to be, he is a veteran and a Super Bowl champion in his own right. He’s had great defenses as well to keep the games close and made the necessary passes and decisions that scored him that ring with Baltimore. Can Flacco be a good game manager and also be a good backup option in dynasty in Superflex leagues or a spot play on a bye week? Absolutely. If it’s a 1QB league, to be honest, I wouldn’t even look his way. I would be more excited about a stash on a taxi squad for the new rookie from Mizzou, Drew Lock who John Elway has fallen in love with during the scouting process and pro days. Flacco may finish a full season, but if play tapers off then the Denver Broncos will look at its second-round selection to hopefully be the right answer at quarterback they have been waiting on.

Looking at that narrative of great defense, a solid running game attack, and correct throws when the pressure was on is what the Broncos seem to want to mimic. In the offseason, Denver finally said farewell to Vance Joseph after 2 seasons as head coach and brought in former Defensive Coordinator of the Chicago Bears, ranked one of the highest in the NFL, Vic Fangio. With the talent currently already there and the free agent acquisitions that were picked up in players like Bryce Callahan and Kareem Jackson, and with the defensive mind Fangio has, the Broncos could easily be a top 10 defense in the 2019-2020 season. If this is a league where you still play a defense, (Which if you do, why?! Get that out of here and get more flex spots!) they could be a sneaky option this season to own.

Speaking of a solid run game, now we can get into some real meat and potatoes of this article, and that’s the ongoing allure of is Phillip Lindsay going to be a workhorse back and flame the NFL in rushing and receiving yards like he did last year racking up 192 rushes for 1,037 yards, with a 5.4 yards per carry, 9 touchdowns rushing, and added 35 receptions for 241 yards and 1 touchdown? Before the season ended, Lindsay suffered a brutal and significant wrist injury that required postseason surgery and is still trying to heal up to this very day before training camp. He was able to shine early and usurper the high draft pick and rookie darling Royce Freeman and pretty much took the job and ran with it, literally.

Now with a new coaching staff in place and a new regime and offensive being put in, and Lindsay only just now going to be able to start in training camp as the Broncos have been playing it safe, could we see a more RBBC approach? Fangio might like how much of a bruiser Freeman is and how well he’s been doing in minicamp so far while Lindsay heals. I could still see Phillip grabbing the majority of carries, at least 60%, but I wouldn’t be surprised if Royce takes the other 40%. There is a regression coming for Lindsay compared to last season, so I think a buy time for Freeman here a lot lower than what he would cost when gaining more value as the opportunity comes in now. Those that are Lindsay owners I still think has a weekly started on their hands but if you are wary of what could play out, he owns a good value as he’s still ranked at 20 in ADP for dynasty according to the FantasyPros website. As valuable as the 2020 picks are for next year, you could turn him for a high one of those picks or package him together and get a bigger haul. Just keep tabs on training camp as it unfolds here shortly, but the window will close for both backs shortly after there is some clarity, so seize the day and make some moves for either or if possible.

Now on to my favorite part about Denver, and that’s its budding new talent rising with its pass catchers. I’m going to put both WR and TE together in this category because I see some really high potential breakouts this season. My love for Penn State’s most productive wide receiver in history DaeSean Hamilton has grown exponentially in the last few months. With the devastating Achilles injury to my boy Emmanuel Sanders later in the season, who might I add was on a fantasy onslaught beforehand, gave Hamilton the opportunity to really showcase his talents in the last 4 games of the 14 games he actually played. He had over 8 targets, and 40 yards each game, and was able to score 2 touchdowns in that time span. With the uncertainty of Sanders and his return time, Hamilton could get the start alongside fellow 2018 draft pick Courtland Sutton and have a direct chance to keep that trend going in 2019. Hamilton is currently attainable very easily and on the same level price wise on the Dynasty Trade Calculator as one Antonio Callaway to name an example. I think he’s worth a 2nd round pick or a straight up trade for someone like Callaway. Get him now before values rise as he continues to get praise from fantasy analysts and targeted for a breakout year by many in the dynasty community.

Although I love the big frame and athleticism that Courtland Sutton had coming out of SMU and dominating the college football scene, you could tell that he was still raw in a lot of aspects in his game, including his route running and was learning as he went on each week.  He progressed well enough to show coaches he could take over the incumbent WR1 role and they swiftly traded away longtime fantasy stud Demaryius Thomas to the Houston Texans. Sutton has a lot of upside and opportunity still at his fingertips this season, so I think just because he has a direct path to be one of the main targets for Flacco in the red zone that he’s worth still rostering on your dynasty teams and still feel pretty good about playing each week. Second, behind the guy, we are going to talk about next. Sutton could definitely be your WR2, 3, or a Flex spot. I’m sure if you’re not as certain or confident as I am, that you could use him to grab some better 2020 and 2021 assets, or add another player in a two for one move and try to move up to one of the elite receivers like a DeAndre Hopkins or Davante Adams.

The selection of Noah Fant, the tight end out of Iowa University and the 20th pick in the first round of the 2019 NFL Draft sent goosebumps down my entire body. Denver has been needing a big time TE since Julius Thomas left for free agency, never to return to elite form. Noah Fant is a blazing fast beast of a man and an incredible athlete and playmaker. He was the more dominant pass catcher between the two big guys from Iowa aka Tight End U. What is one thing that Flacco loves the most? That’s his TE position. He had an abundance in Baltimore and was usually his first read when the ball snapped, especially to Dennis Pitta. Usually, tight ends take up to 3 years most times to develop and truly break out in the NFL and have pretty successful fantasy years. This could be an outlier folks. Fant has plenty of time to learn the playbook, gel well with Flacco and the first-team offense, and solidify himself as the first pass-catching source for this 2019 Denver Broncos team. He’s a big-time red zone threat and can leave defenders in the dust and breakaway for big-time plays. I’m hoping most of you saw the great fit for Noah Fant to Denver was and made adjustments in rookie drafts to be able to pick him up. I was lucky and had him fall to me in the early second round due to it being a superflex, start two-quarterback league. But in a TE premium setting as well, I definitely had to use my homer card and grabbed him swiftly. I even sent away Sammy Watkins to move up and get him. Don’t worry I won the poll on Twitter, and with the uncertainty in the WR room there in KC, I am able to breathe a lot easier when it comes to my overall comp for my team. If the rookie draft still hasn’t started for any of you just yet, I urge you to research and look into Noah Fant, he could be the steal of your draft.

Become a NerdHerd member and all this extra knowledge and information that you’ll need this upcoming season and seasons to come will be all for you to obtain for less than a cup of coffee per month. Hope to see you there and join the movement. I’ll see you all in another installment here at DynastyNerds here soon.