32 in 32: Denver Broncos – @tristancook_ breaks down the young and unproven weapons on the Denver offense and why he thinks you should be a buyer! 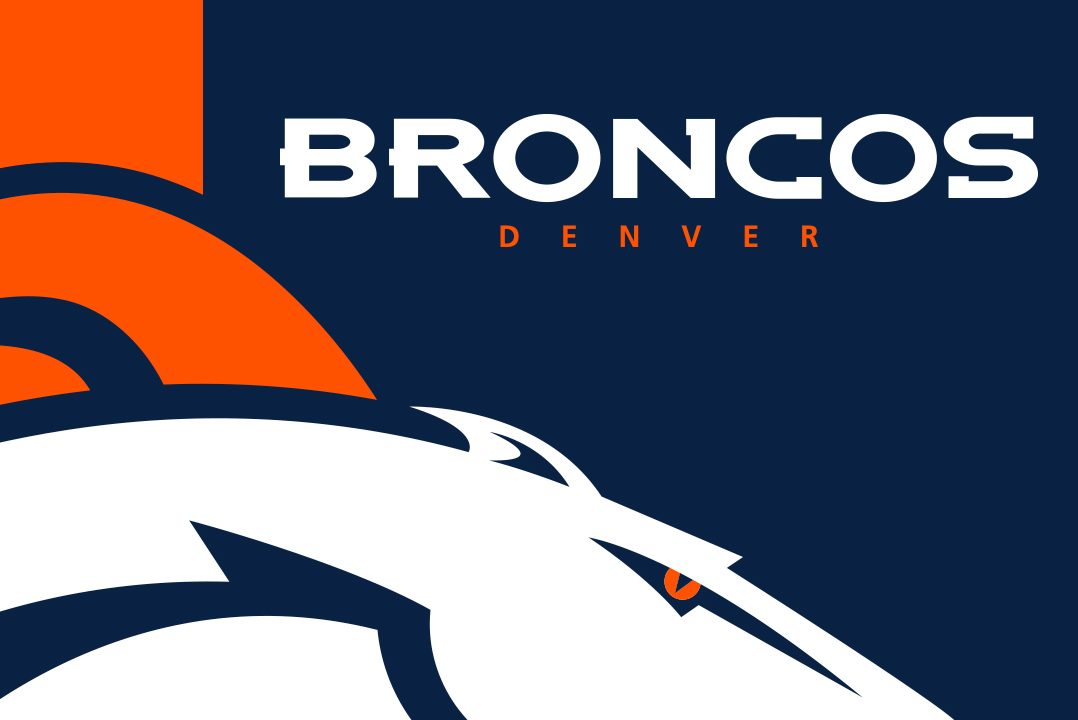 The Broncos are a team in transition. Long gone are the high-flying days of Peyton Manning and the fantasy-friendly offense in Denver that regularly supported multiple top-tier fantasy options. Since losing Manning, the Broncos have had a turnstile at the QB position. And, it doesn’t look like that turnstile is stopping any time soon. Denver heads into this year with plenty of weapons to surround a QB, but a massive question at signal-caller.

The Broncos headed into 2020 with a promising 2nd year QB in Drew Lock. But, after an underwhelming season that was hampered by a shoulder injury, there are serious questions about his long-term outlook. They subsequently traded for journeyman QB Teddy Bridgewater this off-season, and despite many expectations, didn’t draft a QB. As far as the rest of this team goes, they have potentially the best core of young skill position players in the league. If they develop them correctly, the sky is the limit.

As noted previously, the biggest debate for Denver is around who will be the starting QB come Week 1. However, I should note that the Broncos have been regularly mentioned as a potential landing spot for disgruntled Packers QB Aaron Rodgers. I don’t want to speculate too much, but needless to say, adding Rodgers to the Broncos would be a massive boost to all skill position players. As for the current options at QB, neither is particularly expensive, but if I’m hitching my wagon to one of the two, it is Drew Lock.

That’s not to say that I have much confidence in Drew Lock as the short or long-term answer in Denver. But he has a better chance at seeing his value increase over the upcoming season. We know what Teddy Two-Gloves is and isn’t, but we still have quite a bit of uncertainty with Lock. Most of the dynasty community seems out on Drew Lock, so if you’re looking for a cheap lottery ticket type of QB in SF leagues, I’m buying Lock. There’s obviously a risk associated with acquiring him, but the upside is big enough, and the cost is low enough that I’m a buyer.

It shouldn’t matter too much which guy wins the job for the fantasy output of the skill position players. I do think Lock offers a slightly higher upside. However, he also potentially presents a lower floor for the pass catchers. The running game should be pretty unimpacted by the QB battle.

The newest addition to the Broncos arsenal of weapons is rookie RB from North Carolina, Javonte Williams. The early reports out of Denver have indicated that Williams will lead this backfield in touches this year. If you were fortunate enough to draft Javonte in your rookie draft, you’re thrilled about this news. It looks as though he will be getting a bigger workload than anticipated in his rookie year. You can find his rookie profile here!

At his current ADP, I probably won’t be drafting him in many leagues. I prefer taking a slightly more proven player at that range rather than absorbing the risk of a player who has never touched an NFL field. RB 20 could end up being a steal for Williams come this time next year, but it could also look like a terrible call, so it all depends on the risk you are willing to take. However, he is someone that I am a fan of, and I am certainly exploring trade options for him. Although, I expect any discount you could get because of Melvin Gordon being on the roster is probably gone at this point.

This brings us to Melvin Gordon. Not long ago, he was a perennial RB1 for the Chargers and one of the cornerstones of many dynasty teams. But now he’s approaching 30 and looking like he’ll be on the wrong side of a time-share situation. I’d expect to see him have some usability at the beginning of the season. Still, it will likely dwindle as the season progresses and the aforementioned Javonte Williams gets acclimated to the NFL.

As for what to do with him, if you have Gordon on your roster as a contender, you probably hold with the hopes that he can fend off Williams for this year and give you a shot at a title. If he’s on your roster as anything but a contender, I’d look to trade now or as soon as possible. If no one bites now, look to move him after the first game or two of the regular season if he’s still being utilized regularly. He’s a ticking time bomb in terms of value, so I’m willing to trade for what is slightly less than I want now, to avoid ending up with a valueless player. Finally, if he’s not on my roster, I’m happy and not looking to acquire him.

As I mentioned, the Broncos have promising young weapons at every skill position. The top WR heading into the 2021 season is fourth-year former SMU Mustang Courtland Sutton. He is coming off a disappointing season. He injured his AC joint before the start of the season and missed the opener, only to return in the second week to tear his ACL and MCL during the game. Sutton was poised for a big year, but the injury obviously set him back. The good news, if there is any to take out of a torn-up knee, is that he was injured early enough in the season to have time for a full recovery.

Because of the injury, he went from a dynasty darling in 2020 to a bit of an afterthought here in 2021. WR 23 is certainly not low, but it is a fairly sizable dip from last season. I am a big believer in Sutton’s talent and think that WR 23 presents a value that I would be going after. He is young enough and discounted enough to appeal to all types of teams, so if he’s not on yours, I’d inquire with whoever has him.

Similar to Sutton, Jerry Jeudy had a somewhat disappointing 2020 from expectations. But, that may be a product of unrealistic expectations more than underwhelming play. A rookie WR season with 50+ catches and 850+ yards shouldn’t be seen as disappointing. But, because of issues with drops, Jeudy was viewed as a disappointment by many. Interestingly, a player like CeeDee Lamb, who also had drop issues, isn’t viewed in the same light.

There are certainly believers and truthers out there for Jeudy, so this is not to say that everyone is down on him, but he, like Sutton, has seen his ADP drop in the last 12 months. So, he’s someone I’m going to inquire about or look to target in a startup because I expect his value to increase in 2021. Our very own Chris Smith wrote an article on buying Jeudy not too long ago, you can find it here!

As far as KJ Hamler, Tim Patrick, or any of the other Broncos’ WRs, the only real scenario where any of them are fantasy relevant on a consistent basis is if the Broncos’ offense takes a massive leap in 2021. The most likely scenario in which that happens is if Aaron Rodgers is the starting QB. So, without that being a reality, the likely scenario is none of them are startable, and the only one I’m interested in having on my team is KJ Hamler. If you picked up Patrick last season, I’d look to move him for a future pick because I don’t think he will be of much use this year.

Finally, we have third-year former Iowa Hawkeye Noah Fant. Despite a few minor setbacks, he had a promising 2020 season, posting a receiving line of 62/673/3 on 93 targets in 15 games. However, 3 of Fant’s 15 games were effectively useless. He left one game early because of injury, he barely touched the field in another because of illness, and he caught the Broncos only completed pass of the game (for 13 yards) in Denver’s QB-less week 11 matchup against the Saints. So, while you can’t ever expect a perfectly clean season from a player, he put those numbers up in closer to 12 games with four different starting QBs.

As for Fant’s dynasty outlook, it’s very similar to most of the Denver offense, promising but not proven. However, with the shape of the TE landscape, he is still easily one of the top-10 TEs in the league. He is certainly someone who I will be looking to acquire a team in need of a TE, but his immediate impact may be in the low-end TE1 range with the number of weapons that Denver has and the inconsistency at QB. Having said that, I’m still looking to acquire him in almost every situation if I need a TE. The only scenario in which I would be looking to get rid of Fant is if I was loaded at the TE position, but even then, I probably want to hold him because I think his value has a chance to go up this year.

The best way to describe the Broncos team is promising but not proven. They have young, up-and-coming players, but none of them are fully ready to elevate their status to elite in the dynasty community. The Broncos have valuable players at all of their skill positions.

Fant is the closest thing to elite at any position, but he’s not there. Jeudy and Sutton are poised to see their values skyrocket if they can put together healthy, strong seasons. They are both players that seem to be gaining a little bit of momentum of late, so I would look to acquire them before the price gets too high. And finally, Javonte Williams is a promising rookie RB that has the potential to become an RB1 in the next few years. I am looking to acquire pretty much every Broncos skill position player I can, with the exception of Melvin Gordon. This could be a team on the rise, so if you have a chance to grab ahold of some of the pieces before they get too expensive, I would highly recommend it.

Have you Mock Drafted yet?

Feel free to reach out to me on Twitter if you ever want to talk about dynasty. Download the Dynasty Nerds mock draft app for Apple or find it on the Google Play Store. If you are a DynastyGM subscriber, it syncs with your team so that you can do rookie mock drafts with ALL of your actual picks. It is also on Desktop.